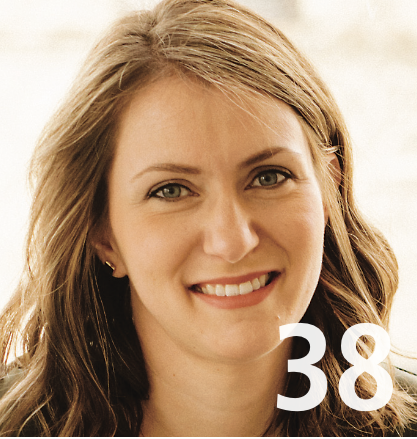 Viktorija Graham was always meant to have a career in security, dating back to when someone hit her red car in the parking lot back when she was in high school.

“They had left this big mark on the bumper and I could tell that it was a white car. I went around investigating to see which other white cars in the parking lot might have had red paint on them, and then marched into our vice principal’s office and said, ‘I want to see the video footage,’” Graham recounts with a laugh. “I’ve always been very interested in law and security. It wasn’t a surprise to me that this was the path I ended up choosing.”

Her current role at TD is one that marries her knowledge when she first joined the company 14 years ago and corporate communications. Her responsibilities include oversight of security and life safety incidents and “anything that happens within our retail and corporate locations.

“I’m also responsible for oversight of our vendor relationships on the guarding side as well, and to an extent with some of our other security integrator vendors,” Graham adds.

In addition, Graham represents the bank on external forums such as the Canadian Bankers Association. Graham says that she is responsible for attending and liaising with other people in the bank. “If they’re looking at making a change, they’ll engage us as a risk partner to see what the implications are from a security perspective,” Graham says. “I think we’ve done a really good job building our relationships with our partners in the bank.”

Working during COVID-19 has been an “out-of-body” experience, according to Graham, but she says there was a tremendous work effort that paid off. Graham was nominated for the League of Excellence, a major corporate award within the bank. She was also nominated for — and won — the Vision in Action Award, TD’s highest honour.

Understandably, that was a major career milestone for Graham. She describes the past year as “the biggest in terms of my contributions” to the industry.

Looking ahead, Graham would like to continue to take on more senior executive level positions, as well as helping to build diversity and inclusivity in the industry. Graham also wants to be known for developing great leaders.

“Being able to speak in a passionate way about what I’m doing is incredibly important to me,” Graham concludes.