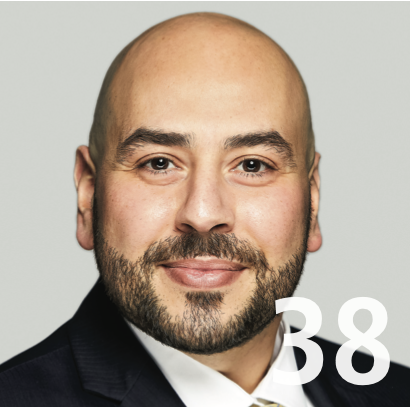 When Amir Atri was least expecting it, he found his calling to the security industry.

When he was in his senior year of high school, Atri was working at the Hudson’s Bay Company in Vancouver. During that time, he stopped a theft and the loss prevention manager expressed interest in Atri joining the security team. Although he initially had aspirations to be a paramedic or a nurse, Atri says that there was a natural progression to a career in security.

“That’s always kind of what I wanted to do — to help others,” Atri says. “I was always interested in trying to be that person that really goes above and beyond for somebody in their time of need.”

As regional director, Atri’s everyday tasks and responsibilities are “a good mixture” of mentoring those who report to him and a range of duties which include “managing our security account managers and folks that are servicing customers to supporting our finance and billing department in the branch, recruiting, scheduling and resource management.”

A large part of Atri’s job is to oversee GardaWorld’s 5,000 Security Services employees in the Greater Toronto Area, meet with customers, share advice and act on client feedback. Due to the pandemic, most of these meetings have moved to an online platform.

Atri shares that he recently started an internal study group to help staff prepare for ASIS International’s Associate Protection Professional (APP) credential, with about 30 GardaWorld managers attending. Atri, along with colleague Alan Cakebread, will be teaching that course over 10 weeks. “It’s certainly a certification that we strongly encourage all our managers to achieve,” says Atri.

In addition, Atri teaches at Seneca College for their police foundations program.

True to his desire to help people, Atri aims to continue to be a mentor for young professionals and help them develop their skills. “I’ve worked with a number of different people and part of the joy that I have is seeing others succeed — so bringing people up and watching them grow, especially if they’re excited and they want to stay within this industry,” he says.