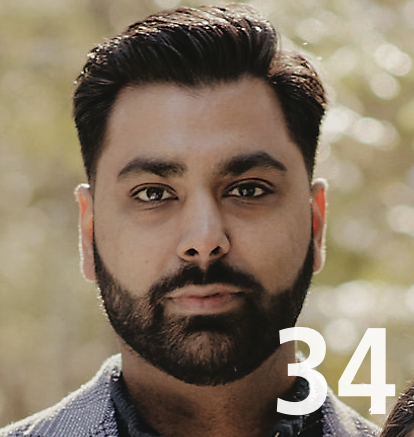 Kelpesh Mistry joined Amazon almost two years ago as a loss prevention manager and has quickly made his mark.
Initially, Mistry looked after Amazon’s largest Canadian facility in Brampton, Ont. Covering a maternity leave, he then expanded his role to most of Eastern Canada, including eight fulfillment centres. In March, he was promoted to regional loss prevention manager, leading Amazon’s robotics team in Canada.

In addition to its more traditional approach to staffing fulfillment centres (with pickers and packers who prepare items for shipment), the company also operates robotics facilities, where robots scurry along the miles of warehouse space, locating and moving pallets of items.

Contrary to a popular misconception that these types of facilities are taking work away from human beings, Amazon’s AR centres actually employ more people, says Mistry. “Our AR buildings tend to be our largest and the biggest headcounts.”

Mistry has been involved in loss prevention for his entire career. A University of Toronto graduate with a communications degree, he took an entry level position at Best Buy as a receipt checker at the door. Enticed
by the potential of a security career, he moved through the ranks of the company on the investigations side, ultimately staying for almost 10 years.

“It was really eye-opening. It showed me the impact that LP had. The role itself felt like a very meaningful career, especially in today’s marketplace,” says Mistry. “There’s few missions that are more important than protecting people, data and products.”

He also worked in loss prevention roles with Entertainment One, a distributor of film and TV media, and Home Depot, before joining Amazon.

Mistry’s role has been complicated somewhat by the pandemic — as many security vocations have. “It’s ever- evolving,” he says. “We have to adapt our security protocols and practices to meet social distancing guidelines
and ensure that our associates are safe. That’s our No. 1 priority — making sure that every security measure that we’re doing is taking into consideration the associates as well as adhering to local laws and recommendations from government officials as to how we should be operating in our buildings.”

While at Amazon, Mistry has also helped to drive several internal initiatives, including the promotion of diversity and inclusion within the company, as well as outreach with local law enforcement. “That’s a big focus for us here in Canada. We aim for every single one of our buildings to have strong partnerships with first responders,” he says.

Mistry has big ambitions to further develop his loss prevention career. “I’d like to be that senior director leading the vision for Amazon one day.”