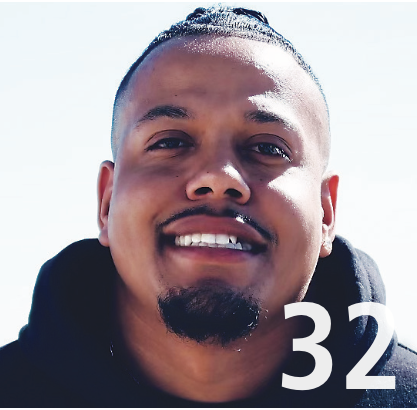 Chazz Barry has risen to a senior position at a major security company with multiple roles and responsibilities.

He also sees a major part of his job as motivating others to do the same. Starting out, Barry attended Durham College in Oshawa, Ont., for protection, security and investigations (PSI), and business management. He worked security in a Toronto hospital while also working evenings as a night club bouncer.

But about seven years ago, he hit a wall and found himself living out of his car with only a few dollars to his name and a security licence. Barry says he pulled himself out of that situation thanks in part to some sage advice from Eric Thomas, a minister and motivation speaker, and someone Barry acknowledges as one of his major inspirations. “He basically told me not to give up and not to give in. I took that to heart and that’s why I strive for greatness now,” says Barry.

Barry started his own Toronto- based security company, Protecting the 6ix, but some major life decisions took him out West and he moved to Calgary, where he currently lives and works, to be with his fiancé.

He joined Impact Security Group and has worked there for about a year as client services manager and team lead. His current roles at Impact Security include business development, tactical team training and managing social media. He now engages regularly with more than 100 staff.

Newcomers to the security industry often experience frustration at first, he says — hitting a glass ceiling at the guard or supervisor level. He encourages them to keep pushing forward and leverage their own strengths.

His advice? “I would tell them honestly: Don’t settle, know your worth. Know what you’re getting into and know where you want to head. Don’t lose focus or track of your end goal, and most importantly, never fold,” he says. “I help a lot of people become supervisors, become managers and lead them in the right direction — the education they have to attain to get to that next level in their career.”

Barry has taken his own words to heart. He’s a member of the Association of Black Law Enforcers (ABLE) and ASIS International’s Calgary chapter, and is studying to take the ASIS Certified Protection Professional (CPP) exam.

Outside of work ambitions and career goals, Barry says his major motivation in life is his fiancé.