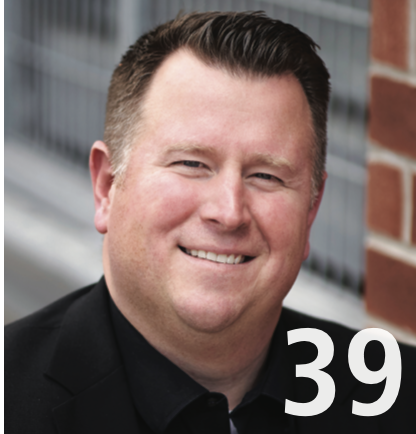 Blair Davenport’s security career started when he was trying to get into a concert without a ticket.

Davenport, who originally had aspirations to be a police officer, approached the security guard working the door at the concert venue to see if he would let him and his friends attend the concert without a ticket.

By chance, the doorman was someone Davenport knew from high school.

“I asked if he would let us in and he said, ‘Wait five minutes, I’ll be right back.’ He left, he came back with this other guy who I found out after was his boss,” Davenport recounts. “Basically, we made a deal right there on the sidewalk in front of this concert venue that if myself and one other guy that I was with agreed to come in and start working with them, that they would let us all in.”

The rest, as they say, is history.

After working in multiple sectors of the security industry, Davenport was hired as the first employee in Ontario for Paladin Security back in 2008.

After working his way up through the company, Davenport became executive vice-president last year. In this role, Davenport oversees all of Eastern Canada and provides support and mentorship to Paladin’s branch leads.

“I work with our quality control teams on new ideas on how we can enhance our service or fill a need that we see growing with our clients that nobody’s got a solution for at the moment,” Davenport explains. “It is really making sure that we maintain a good standard of service, that we’re meeting the needs of our clients, that we’re supporting our staff and their development.”

Davenport shares that in the future, he would love to be in a C-suite position if the opportunity ever presented itself. For now, Davenport says, “I’m just focused on continuing to grow the [Paladin] brand and I want our company to be the dominant high profile security company in the region.”

Davenport’s advice for those who are just starting out in the security industry? Be patient and realistic. “Each step in your career, don’t take it for granted,” Davenport concludes. “You’ll be excited about each step and embrace it because you will get through over time, but it’s going to take a little bit of time to get to your angle.”