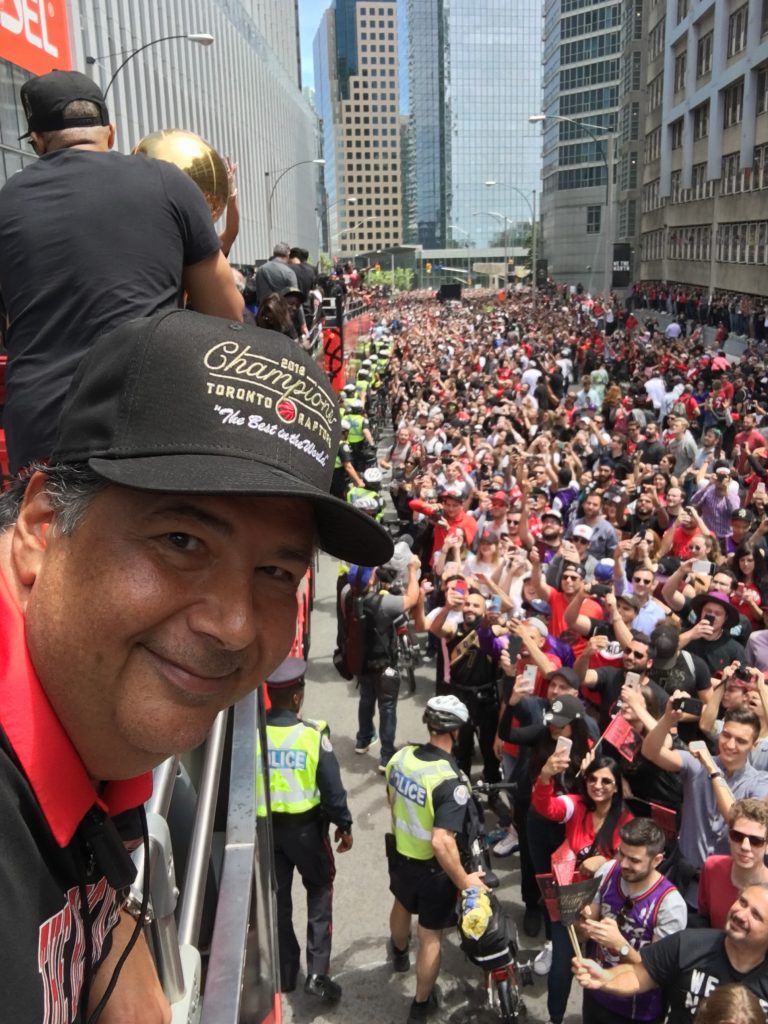 John Altilia has an enviable job. He’s courtside for every Raptors game and travels with the team.

Altilia has been manager of team security for the Toronto NBA team for 10 years. A former Toronto Police detective constable, he spent the last few years of his policing career working part-time in a non-paying position as the NBA’s security representative in Toronto. When he retired from the police, he accepted a full-time role with the Raptors — a position that puts him in close contact with players, coaches and staff. On any day of the week, Altilia could be at a game, accompanying players to a restaurant or charity event, or scouting the next arena or hotel in another city. Last year was a special year for the Raptors and Altilia’s responsibilities stepped up during the team’s playoff run and NBA championship victory. He spoke to Canadian Security before the 2019-2020 regular season started about his life with the Raptors and the feeling that comes from being part of a winning team.

Canadian Security: What is your role when you go on the road with the team?
John Altilia: When I go to Detroit [for example], we fly in, I’ll call their [security] guy and say, “Is the city cool? Is there anything I need to know?” When I go to his arena… the league has set up security to be templated, so almost exactly the same. When you look on the court, you’ll see what you’re used to, such as security behind the benches, security at the opening where the stands meet the court, behind the baskets to the corners — anything that’s open. You kind of get used to that always being the same. We use each other’s security teams when it comes to different venues.

CS: Do all the NBA team security managers know each other?
JA: Yes. Every year, we have an NBA security meeting that we all attend. We have conference calls once a month to update each other, in case there’s certain issues. “Has anybody come across this?” We kind of bounce things off each other. That’s done by the league as well. 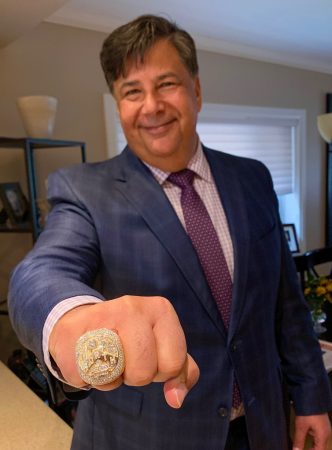 CS: What are you looking for during a game?
JA: When you’ve been doing it for this long, or when you have a surveillance background, you kind of just look for something that stands out. Maybe it’s a fan who’s trying too hard, looking too closely, focusing on something other than kind of taking it all in. During the game, it’s trying to understand the flow of the game, how it’s kind of building up, the temperament of the players. Whether it’s observing the interactions of players and fans, or a fan interacting with a player. You’re trying to prevent anything from happening. And, of course, if there’s an altercation on the court, we assist the officials. If there’s an altercation between two players, we will assist as peace keepers.

CS: What is your first thought when you roll into the next city?
JA: It’s to get [the team] into the hotel — depending on the hotel, how busy the hotel is and what’s going on in the city. If there’s conventions or any reason why the hotel would be busy. It’s kind of allowing them to flow throughout the hotel. We’re checking the lobby, we’re checking floors, we’re making sure that [the players are] settled OK. And we’re getting there at one or two o’clock in the morning. Usually by then it’s pretty quiet, but the [next] morning, we’re down in the lobby, making sure the buses are on site, probably within an hour before the departure of the team.

CS: And the players are all familiar with this set-up?
JA: Yes, they know that we’re going to go around [with them]. It may be a player that’s going to go to dinner with his family. A lot of times, you have players going out to dinner with ex-players. We’ll go and make sure everything is calm. We’ll sit away from the table and let them enjoy their evening and keep them within eyeshot. When it’s time to go, we order the cars to come and pick us up.

CS: What about for personal appearances?
JA: When they’re doing their own appearances, maybe through their agency or their agent, we attend them as well. The reason being, we want to be in support of the player and also provide a service to them. That service is, of course, security but [also] being there to be a voice sometimes, if need be.
At the end of the day, you want the player to enjoy the event. That’s really our purpose. The business side of it is, you’re there to support them, to get them through it and understand what’s going on around them, so they’ll be willing to do these things again. People say, “It’s just security,” but there’s the business side of it as well.

CS: What was it like being with the team through the playoffs and the finals?
JA: It was unbelievable. It was a great learning curve. As a group of people that support the team, we all chip in to make sure that they’re focused on the task at hand. If there’s one thing that I can say, it’s probably making sure that everything was taken care of, that nobody had to worry about anything. That goes for the coaching staff, the players and the staff. We made sure that our locker room was very, very quiet.
We just wanted the players and coaches to focus on what they had to focus on. We didn’t want to disturb them whatsoever. It was kind of crazy, but it was very calm because everybody knew what they had to do to make this work. It wasn’t a lot of excitement because they knew the goal had to be obtained. A lot of focus. Wherever we could help with that, we did.
The league gets heavily involved when it’s the finals and the semi-finals. They take over the credential side of it. There’s a lot of moving parts in regards to post-game interviews… you’re escorting players back and forth and there’s the timing of when different coaches are going in to do their interviews and coming out.
It’s long hours… it’s just a whole different animal. But it was great. It was great to be involved in it. I hope we do it again, because it was a lot of fun.

CS: What was your experience of the Raptors’ victory parade in downtown Toronto?
JA: It was unbelievable to come out and see that kind of crowd and the emotion that was involved in the crowd. The emergency services from Toronto Police that assisted us were unbelievable. Their patience in dealing with the crowd was so positive. And at one point, when we got really congested, I had to get out on foot and help with it. I was walking the parade route. I left my bus and we had other security from Scotiabank [Arena] on the bus. The crowd was great — excited but great. It was an exhausting day.

CS: What do you enjoy most about your job?
JA: I think it’s different. The emotional roller coaster is kind of neat. It’s a great group of people that we work with under Masai [Ujiri, president of the Toronto Raptors]. We’re all very close in regards to achieving a goal. I think that’s the fun part of it. It’s something I’ve done for a long time and I’ve really enjoyed it. It’s been a great, great career. Not only did I have a great police career, to be able to do something like this and to go through 21 years of this and achieve what we did as a team is unbelievable. To be part of history and see it develop. To see guys who play basketball develop. Being able to be part of that team is the best part of it. I wake up every morning and appreciate what I have.

Related
Security, Police and Fire collaborate for Career Expo
What authorities can learn from the Raptors parade shooting
ASPA Awards: George Papatsanis and Andre Lelievre honoured
Fraud against international students on the rise