What authorities can learn from the Raptors parade shooting 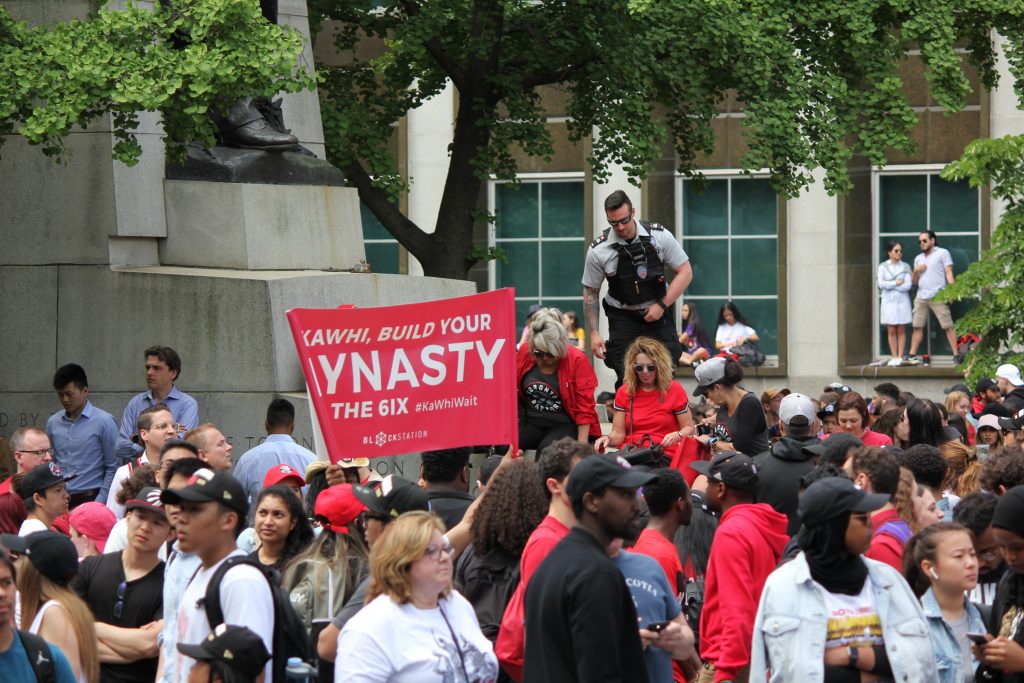 Despite its “Toronto the Good” reputation, the city has hardly been immune to sports crowd violence. PHOTO: Jim Stubbington

Toronto is still basking in the glow of the Raptors’ NBA championship win and the outpouring of love and celebration at a parade in honour of the team that an estimated two million people attended.

A shooting at Toronto’s Nathan Phillips Square, however, where the parade route ended, marred the festivities. It’s an incident that should cause us to seriously consider threats to public space in Canadian cities. We can better prevent and control violence at mass public gatherings if we understand the factors that influence it and consider how we as individuals can be better prepared.

While the gunfire in a celebratory crowd resulted in four people being shot, along with numerous other minor injuries due to the chaotic stampede-type movement away from the chaos, the incident thankfully stopped short of a larger mass casualty incident.

The fast action of authorities to isolate the area of the disturbance, contain the threat, provide rapid first aid and issue public announcements acted to minimize the chaos, averting a tragedy that could have been much worse.

Nonetheless, as Toronto and other cities move into the summer months with other large public events on the schedule, enhanced public safety is required.

And understanding what happened during the Raptors celebration shooting can help authorities better prepare for the next event.

The body of knowledge on sports crowd violence provides some insight into the circumstances in Toronto during the Raptors celebration.

Despite its “Toronto the Good” reputation, the city has hardly been immune to sports crowd violence. For example, the infamous 2016 incident of a fan tossing a can of beer onto the outfield during a Blue Jays baseball wild card playoff game was an example of throwing projectiles as part of sports crowd violence.

Historically, cities have faced problems after their teams won big championships. This form of sports crowd violence was given a name of its own in the 1980s — the “celebratory riot.”

Basketball celebratory riots have included anti-social behaviours like fighting, burning and looting of the type witnessed in Chicago neighbourhoods after the Bulls won multiple championships in the early 1990s.

While massive crowds gathered during the Raptors playoff and championship runs at locations like the Jurassic Park celebratory zone, adjacent to the basketball arena, the situation in Toronto never degraded into celebratory riots.

This could be due to the large visible security presence at those gatherings.

The parade shooting has characteristics of both sports crowd violence and celebratory riots, but at the same time the incident should not necessarily be defined in such terms. While it took place during a celebration, it doesn’t seem to have been part of a celebratory riot.

So how to understand what happened?

Gun violence on the rise in Toronto

Two recent circumstances stand out: the trend of public mass violence that emerged in the city during 2018, and the ongoing slow-moving disaster of gun violence afflicting Toronto.

In April 2018, a man driving a van in north Toronto plowed through pedestrians, killing 10 people.

A few weeks later, a public mass shooting resulted in the deaths of two young women who were otherwise enjoying a summer evening in the city’s Greektown district, known as the Danforth.

These two incidents illustrated that Toronto is not immune to violent attacks in public spaces, which are soft targets.

Toronto witnessed a record toll of gun violence in 2018, with 228 shootings and 96 people fatally shot. The average yearly death toll due to gun-related violence from to 2014 to 2017 was 33.

Given the trend towards public mass violence in Toronto, along with the increasing gun violence on the city’s streets, it’s not surprising a gun incident would occur during a mass gathering and spoil an otherwise positive event for the city.

A failure of imagination

In the aftermath of the incident marring the celebration, an initial lesson learned is the failure of imagination in anticipating risk due to a condensed planning time frame.

Despite the fact that public safety authorities in charge of managing special events are well-versed in handling such gatherings, apparently no one anticipated the crowd size and the city is looking into where it went wrong.

The infectious nature of the excitement of the celebration, along with the desire to offer as many people as possible close access to festivities, seemingly blinded planners to the possibilities of disaster.

Plans that have proven adequate in the past for managing events were overwhelmed, as the city temporarily experienced unprecedented demands on space and resources for a span of a few hours. Minor altercations like the gun incident were amplified due to the sheer size of the crowds.

How to prepare if you’re in the crowd

While under the circumstances it would have been impossible to prevent someone intent on firearm violence from joining the massive crowd, more planning time to better estimate the risks for gun violence and enact strategies like restricting crowd sizes at the end of the parade route would have served the city well.

As for those heading out to major public events? Knowing what you are in for is always a good first step. If you’re attending an event with a very high crowd density or potential controversial undertones, it might be worth rethinking your attendance.

Studying a map of the area where the event is taking place (and bringing the map with you or keeping it handy on your phone) can act to help you find your way out if you are required to leave in a hurry.

If the event brings with it overwhelming crowds, staying patient and remaining calm helps one keep safe. Rudimentary first aid knowledge and skills can help save lives. And lastly, if you see anyone acting suspiciously, alert the authorities.

This article was originally published on The Conversation, an independent and nonprofit source of news, analysis and commentary from academic experts. Disclosure information is available on the original site. Read the original article here.