Pat Patton, director of security and operations, University of Regina, shares her research on the under-representation of women in security leadership roles 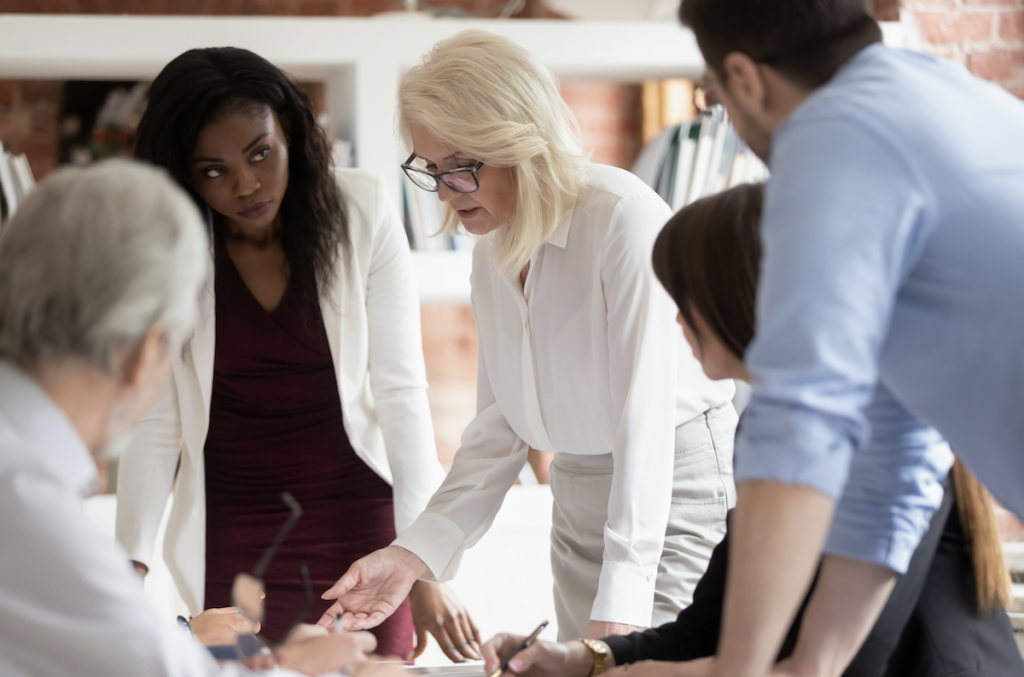 I have been lucky enough to spend my entire career (34 years and counting) in the world of campus security.

Starting at the University of Saskatchewan, fresh out of the Justice Administration program (as it was known then) and Mount Royal University in Calgary, I wanted to work in the security or policing field.

As a woman in this industry, while I wanted to be treated the same, the journey I went through was not the same as my male colleagues. I had wonderful male mentors throughout my career but I found out that a woman working in the same style as a man was not perceived the same.

When I tried to lead or work like my male colleagues, I was called “too abrasive” or “bitchy,” but men who used the same techniques were “tough” and “determined.”

I had the opportunity during my recent MBA studies at the University of Regina to dive deeper into this subject and explore what path we might take in the security industry to create more opportunities for women to get into leadership roles.

The topic of barriers for women entering into leadership roles has been studied widely in academic literature. According to Statistics Canada in 2016, while women make up slightly more than half of the population in Canada, 77.5 per cent of women are in the paid workplace versus 85.3 per cent of men.

According to Christy Pettey in her 2019 article “Embrace Gender Diversity and Risk Management Roles,” only 25 per cent of executives are women in the profession of security and risk management. So what is keeping women from reaching leadership levels in the world of security? Through reviewing academic literature and interviewing subjects, I looked further into this subject and I will provide a summary of what I have learned.

It appears clear that having more women in the workplace provides increased diversity, better reflecting the community we live and work in and is a positive business strategy for many reasons. Mainly, diversity provides different perspectives in thinking. It provides workplaces with the ability to bring different experiences and thoughts together to deal with issues and concerns in unique ways. Businesses that are representative of the people they serve can make better decisions and policies to support marginalized people.

A common thread through the various types of security/law enforcement occupations is that women are underrepresented in policing and security front line staff ranks (the pipeline to leadership roles in the security industry). When the number of applicants with required education and experience is so small, this creates recruitment challenges for women. In particular, my interviews confirmed three key barriers for women leaders in campus security, and I suggest more broadly in the security industry as a whole.

The barriers I found were not surprising to me: work-life balance, leadership style and workplace culture.

Work-life balance suggests that female participants are required to fit into male-dominated work environments and may therefore face longer than average hours and harsher environments than most female-dominated roles. For
example, in construction and policing, workers identified as high performing, and work more than eight hours per day, which conflicts with traditional roles placed on women as the primary caregiver of children and lead person in household tasks.

The issues of family obligations for women in policing/security, identify that child care and traditional domestic roles are still a problem for women who want to progress to leadership roles. Society has traditionally supported the masculine role in the workplace as the primary bread earner while the feminine role was more expected to perform the domestic role. In my early career, it was expected that I would be the one to take time off for sick kids, etc., while my spouse travelled and it would have been frowned upon for him to do the same. I felt the expectation was on me to arrange child care and work around my shifts and needed sleep periods.

It is true that challenges of shift work and long hours are apparent in female-dominated roles such as nursing as well. We do, however, see that society penalizes women in occupations like nursing in maintaining the role of prime caregiver of children when the same domestic work is not expected as much of men in occupations of shift work and long hours.

The issue of shift work being a challenge for women entering male dominated work becomes even more problematic when combined with other barriers. In my assessment, industries that are male-dominated may not have had to face the issues connected to child raising/family care pressures as much as those in occupations that are dominated
by women.

Callouts for emergency advising at odd hours, high-pressure situations and the male-dominated environment still offer challenges around family care to the leadership roles in the security world. However, the gender bias is still apparent in performance of jobs needed to progress to leadership roles. Shift work is one factor that appears to be more of a barrier for women in policing and security roles. This was mainly due to family situations. It is the shift work in policing and security before getting to a leadership role that seems to cause the most challenges for women with children.

There is also evidence that men are seen to have a higher level of organizational commitment in shift work roles indicating that it may be more socially acceptable for men to put in the long hours necessary to forward their career. If women do not gain that work experience on the front line, it is difficult to stay in the pipeline occupations leading to leadership roles.

Men and women differ in their leadership styles. In 2002, Eagly and Karau noted in their article “Role Congruity Theory of Prejudice Toward Female Leaders,” men are typically agentic (assertive and confident, more transactional) in leadership style, while women usually lean to a more communal (helpful and kind; generally showing significant concern for the group, more transformational) style. Society’s vision of strong leadership is typically associated with agentic leadership and not communal leadership.

These norms create barriers for women who try to lead in a role traditionally used by men and, in fact, may actually penalize them in their efforts as they are not using their natural style and may be seen violating social norms. This is where I would reflect on the example I provided at the beginning of this article. My attempts to emulate the leadership of male mentors was not always seen in the same light and in my opinion, harmed my ability to lead.

The formal structure of security lends itself to a more transactional style of leadership based on basic exchanges and transactions between a leader and follower while transformational leadership involves more engagement and involvement between the two. The transactional form of leadership seems to be the predominant model in paramilitary roles taking into account the formal “top- down” structure.

This authoritarian style leaves minimal room for a transformational style or communal style that may be suited better to women leaders.

Despite this, the academic literature shows transformational leadership is seen as one of the most effective forms of leadership. Having more women in leadership roles with a different “natural” style may help with the movement from transactional to more transformational leadership styles. Although the military-style leadership
of command and control is needed in times of crisis, it is not as organizationally efficient outside of crisis situations and sometimes it fails to adequately motivate and incentivize employees.

In the case of workplace culture, women must try to fit into a work environment that is hyper-masculine and not as supportive for women if they wish to ascend to a leadership role. The male-dominated culture in the security/policing industry makes it a challenge to women’s legitimacy in the workplace. In looking at the workplace culture in security, it is noted that the lack of women mentors makes it very difficult for women to see themselves working in a leadership role. The women I interviewed often spoke of powerful male mentors they had in security or policing but a scarcity of strong female leaders in the industry. They mentioned that they could take bits and pieces from each male mentor, but often did not have the consistent role model or support system that their male colleagues had.

First, increase mentorship opportunities in pipeline education and occupations leading the industry. This would focus on providing female role models for young women looking to advance their career and build their confidence
to compete for leadership positions.

The third recommendation is to provide leadership training for women by women. This training should focus on enhancing the leadership traits inherent in women while also teaching them how to balance their natural leadership style to a style that fits within the setting of a traditionally male-dominated occupation.

Recognizing the barriers and working to minimize or eliminate them is important in diversifying our workforce.

I have been lucky to have a very exciting and fulfilling career in this industry and I am thankful for the men and women I have had the good fortune to work with. But, looking at the barriers of work-life balance, workplace culture and leadership style, it is hoped that this recognition might create career options where more women are better able to flourish and move into leadership roles.