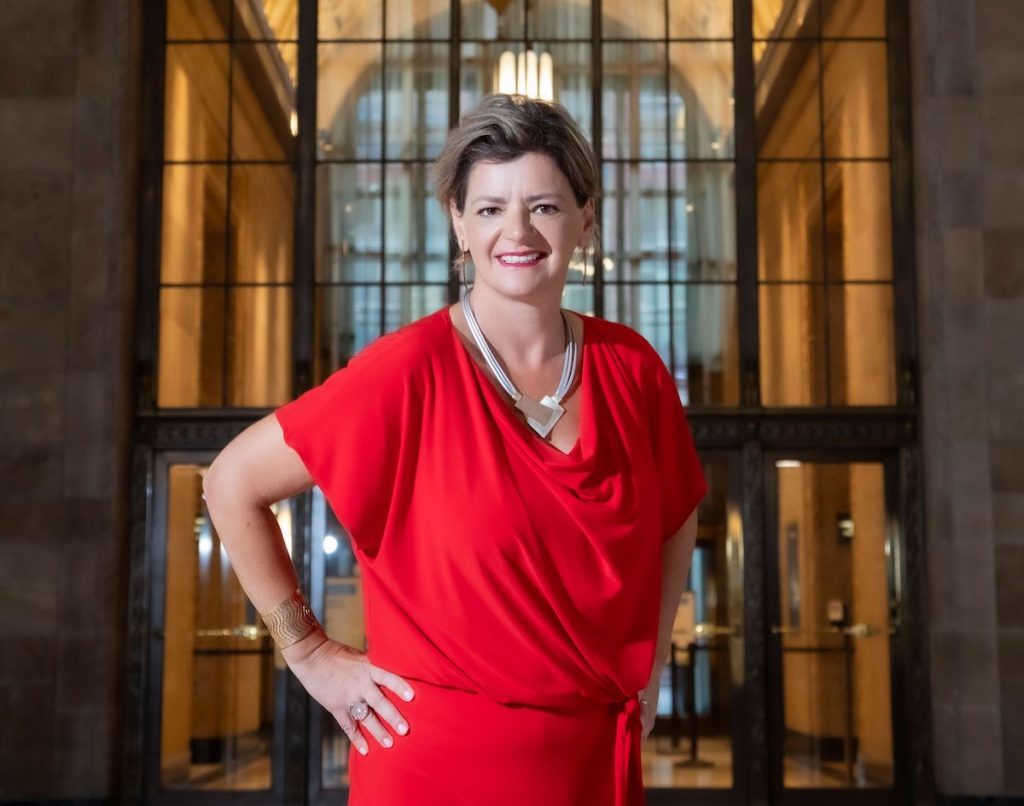 The classic model of a successful security department is one that recognizes and anticipates potential threats to an organization and mitigates them in the name of protecting people, property and assets.

But those potential threats can occur both inside and outside of that organization.

Lina Tsakiris is one of the leading experts in a growing field of professional security that recognizes risks can arise from within. But how and why those risks flare up are questions not easily answered.

Tsakiris has spearheaded additional study, working with corporate and academic partners in an effort to create more knowledge and understanding around the phenomenon, particularly its impact on Canadian enterprises.

For her contributions to the study of insider risk and in recognition of an impressive security career built over decades, Tsakiris was named Security Director of the Year 2021 by Canadian Security’s editorial advisory board.

Tsakiris began her career in a front line role for a national Canadian contract security firm. At the time, she was earning money towards her post-secondary education — the criminal justice program at Toronto’s Centennial College.

She says she sometimes found herself working in high-risk environments — placed there due to her self-defence training and a background in competitive martial arts.

Upon graduation, Tsakiris attended McGill University in Montreal, majoring in sociology. She had planned to move on to law school, but her education ambitions were cut short due to an unanticipated illness.

When she recovered, she rejoined the workforce — again in contract security but this time in a more senior role.

After a few years in that environment, she says she sought “a different kind of challenge” and was intrigued by the prospect of a role in the financial sector. “I found that corporate security offered different attributes I was interested in and opportunities that might be a better fit.”

Tsakiris took the opportunity to redefine herself as a security professional and “to really build my brand, step out into the industry and start doing some volunteering.”

She joined the ASIS International Toronto chapter and earned her Certified Protection Professional (CPP) designation “at the earliest opportunity that I could qualify. Those two things gave me the tools to really compete for a role within the financial services industry.”

Tsakiris joined Royal Bank of Canada’s (RBC) corporate security department in 2005, working with one of her earliest mentors Ric Handren. (Handren is also a Security Director of the Year recipient, recognized in 2009 while he was RBC’s director of protection services. Tsakiris submitted his award nomination.)

“We had an incredible journey as a team. We operated as a close-knit unit,” says Tsakiris. “That was really the first time I was able to see how the security sector worked on a global platform. My role there took me to several different countries. That, for me, was really an education.”

Tsakiris left RBC to join TD Bank in 2011 as senior manager, global physical operations. In 2014, she accepted a role with her current employer, CIBC.

Six months into the role, she accepted a secondment with a Canadian public sector organization for a year, related to risk management and relationship enhancement of private and public sector engagement.

Tsakiris moved into a new position at the bank two years ago as director of strategic security partnerships.

“It’s really about actively engaging with a spectrum of information-sharing communities that are active in the risk mitigation space,” she says, describing a wide group that includes the intelligence community, law enforcement, academia, and professional organizations as well as business partners, such as the other Canadian charter banks and financial institutions globally.

“What we aim to do as a collective is lead and collaborate on key security issues, topical security matters, and develop good guidance practices and exchange that information. The idea is to remain proactive — not wait for a tangible threat event to occur and simply respond to it, but actually have these conversations,” explains Tsakiris. “What I do in my current mandate is connect all these dots.”

Tsakiris underlined one of those connections by championing a partnership with Ottawa’s Carleton University to develop a focused research project on insider risk and insider threats through the Norman Paterson School of International Affairs (NPSIA). The partnership was formed in an effort to provide more research, guidance and understanding of insider risk in all its forms — including physical and cyber risks.

While there is an established body of knowledge on the subject, little of it is focused on Canada. Tsakiris engaged with NPSIA’s graduate students, working with professor Alex Wilner and his Canadian National Security Policy course, to develop a homegrown understanding of insider risk.

This research has examined known instances of insider threat, breaking down factors that contributed to each case, including political, economic, social, technological and environmental variables. The research was undertaken within the context of the Canadian landscape, and a methodology developed that could help identify insider threats for a decade to come.

In a testimonial that was included in her Security Director of the Year nomination, Wilner describes Tsakiris as “a superbly insightful security practitioner, more than willing to spend the time needed to help academics and students alike wrap their hands around evolving security considerations. Her involvement should be considered a gold standard for private-academic partnerships… the unique opportunities she provided to my students — including invitations to brief high level personnel and managers on their research findings — will help prepare and motivate Canada’s emerging generation to take up the mantle of security preparedness and decision making.”

Tsakiris says the partnership with the Norman Paterson School has been an incredible opportunity to tap into a rich vein of new research on insider risk and work with a talented and inquisitive group of academics.

“The results were exceptionally successful and illuminating. It really captured what we were looking for,” she says.

According to Tsakiris, insider risk is one of the top three security threats faced by Canadian organizations today. She says the number of known insider threat events has tripled in the last few years, resulting in the creation of more corporate security programs designed to recognize and counter them.

The research indicates that there is no single best method to mitigate insider threats and a comprehensive approach is required, taking numerous factors into account such as employee training, mental health and organizational culture.

There is also a very strong correlation between employee disgruntlement and potential threats, says Tsakiris.

“We find this discovery to be exceptionally helpful because it punctuates the importance of ensuring organizations continue to build a positive and supportive work culture.”

Tsakiris describes the research as “groundbreaking for Canadian organizations … we intend on continuing our journey to bring more of this topical research to light for all organizations.”

Some of the research has already been shared through professional security associations. Tsakiris also recently participated in an insider risk panel discussion that was made available as part of ASIS International’s Global Security Exchange (GSX) conference, held in September.

In terms of her future career goals, Tsakiris plans to keep pushing the envelope on security research and continue collaborating with her professional network, including her executive volunteer roles with ASIS International. As the recipient of mentorship early in her career, she has made it a priority to mentor young security professionals as they build their own careers.

“It’s important to pay that forward but also build for tomorrow’s leaders,” she says.

Tsakiris urges young professionals to be mindful of their own well-being as they strive for career development and approach every role, large or small, with integrity.

“What I encourage young professionals to do is really be clear about what matters to them and then find a role that reflects that value system,” she says. “I always say to my mentees, how you do anything is how you do everything. It’s about bringing your worlds together, developing that value system and sticking to it.”