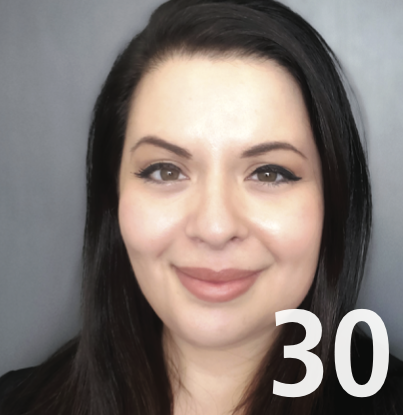 Working for a smaller company, Sarah Miller often “wears a lot of hats,” since her daily responsibilities vary on a day-to-day basis.

Miller started work at Synergy Protection Group as director of operations at the beginning of the new year, and begins her day checking emails before getting ready to come to work.

“I could be writing policies and procedures, I could be meeting with clients, I could be in our operations centre, doing recruiting discipline at any variety of things,” Miller says.

“It’s just what needs to be done, and I go do that and then move on to the next task.”

Outside of her day job, Miller has been involved with International Association for Healthcare Security and Safety (IAHSS), where she serves on the executive team for Ontario as the treasurer. Last year, Miller also began volunteering with the Toronto ASIS chapter as a mentor.

“[Volunteering as a mentor] has been exciting as well. I’ve spent so much of my career as a mentee because I’ve only been in security for about seven years, so I find a lot of opportunity to learn and now I can finally pass that along to other people,” Miller explains.

She sees so much value in mentorship in the industry that she is co-authoring a book on the subject with Brine Hamilton, IAHSS president-elect and a 2020 Top 10 Under 40 winner. The book will be coming out later this year.

“It’s really important to find a mentor,” Miller says. “At the beginning of my career, I did not have one and
I did not advance very quickly and I didn’t have anybody to bounce ideas or questions off of. It’s just so critical to be able to access people in order to make connections, learn from people and grow from there.”