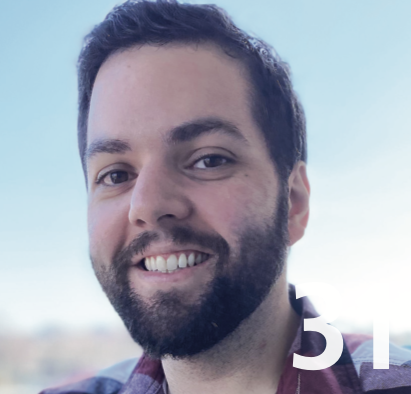 When COVID-19 forced everyone to work from home, Oliveira and his team had to pivot their strategy and adjust to the new normal.

“A year and a half ago, before the world ended, nobody would have asked, ‘Do you feel safe at your apartment? Do you feel like you can do your best work at home?’” Oliveira says. “An entire new set of challenges has taken its place, which has definitely been an interesting experience and then an interesting challenge.”

Reflecting on his career in the security industry thus far, Oliveira is most proud that he was able to get his Physical Security Professional (PSP) and Certified Protection Professional (CPP) certifications before he turned 30.

Receiving his PSP was made all the more meaningful when he took the test shortly after his mother passed away in 2017.

“It was one of those situations where I’ve been studying for it and talking about it and after everything that happened, I didn’t want to give up on it,” Oliveira says. “It was more of a ‘now I have to do it.’”

Working out of Shopify’s Ottawa location, Oliveira very much enjoys the company culture and the people he works with. While Oliveira one day sees himself as a director and continuing to advance through the ranks, he is happy at Shopify.