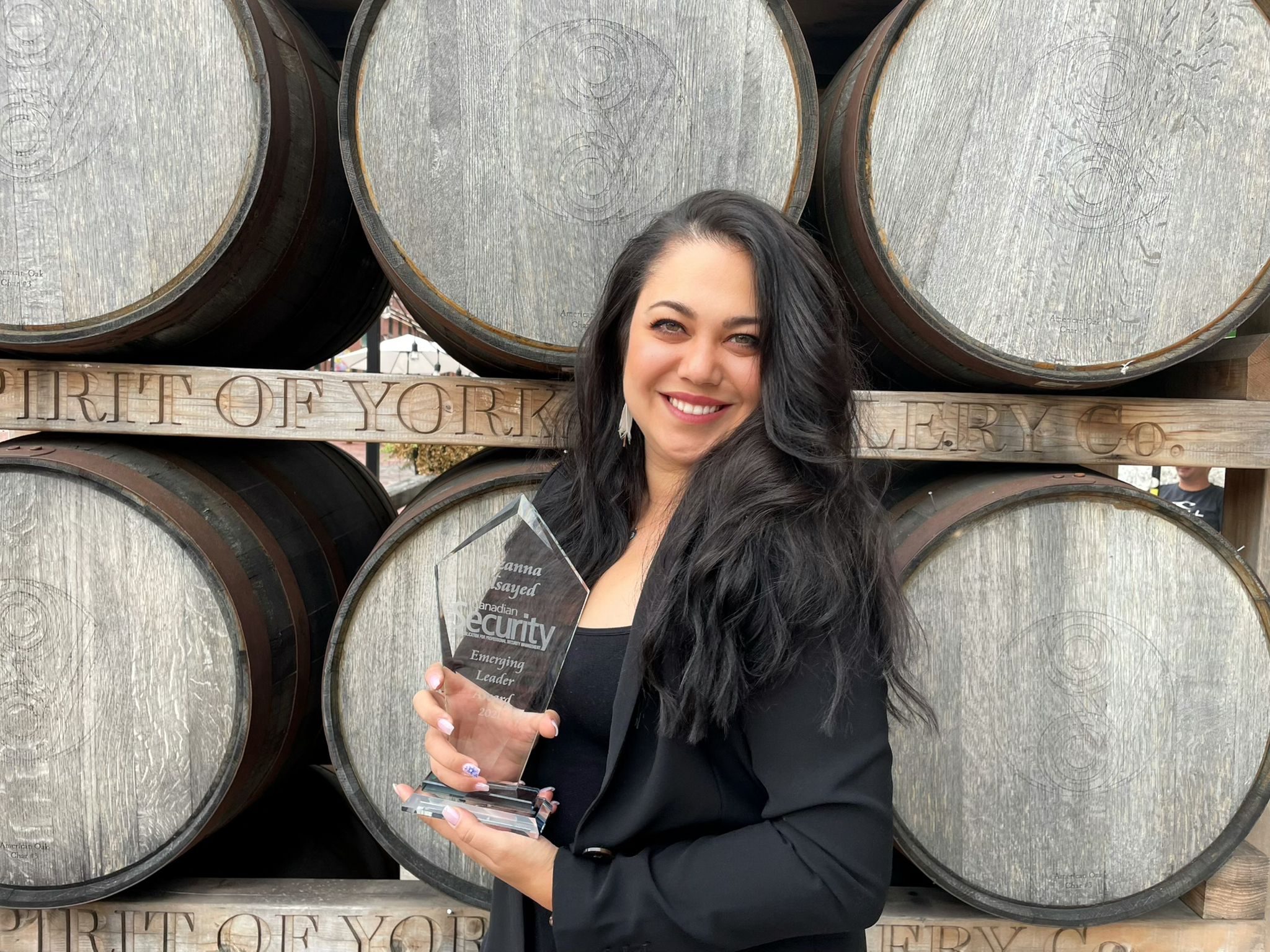 For those who follow Suzanna Alsayed on social media, it quickly becomes clear where her interests lie: security, branding and linguistics. She has brought all of these into her professional orbit and created two companies that reflect not only her expertise but her vision for the future.

Alsayed was born in Russia and moved to Canada with her family at the age of two, settling in Quebec. She spoke Russian and Arabic at home and French at school. The family moved to Ontario four years later. Alsayed continued to speak French at a Francophone school for several more years, learning English as a teenager after she switched schools.

One of her earliest interests in life was rhythmic gymnastics. She trained as a child in Quebec and temporarily moved back to Russia for a few years to sharpen her skills. When she returned to Canada, she competed in the sport at a provincial then national level and was eventually pre-selected to represent Canada in rhythmic gymnastics at the 2012 Summer Olympics in London.

Unfortunately, an injury side-lined those ambitions and Alsayed was forced to retire from competition. She says her initial reaction was to view the experience as her “first major failure” in life, “but now that I’m older, I see it as my first major redirection.”

The seeds of Alsayed’s interest in security and emergency management were planted early. She was drawn to police procedural TV shows at a young age, intrigued by the mysteries and human drama. Her family also nurtured her curiosity in international politics. Alsayed was only seven when the 9/11 terror attacks occurred, but her parents didn’t shield her from the tragedy. Alsayed got into trouble at school the next day for scaring other children with a detailed account. “I was always aware, from a young age,” she says.

She followed her geo-political interests throughout her schooling and eventually into university first with a political science degree, then a second degree in international relations, both at Toronto’s York University. At the time, she also worked as a flight attendant, managing some of her schooling remotely.

Her transition into the security world was the result of a chance meeting in 2016 when she shared a table in a crowded Starbucks with a risk management banking consultant. Chatting with Alsayed, he recommended she pursue a master’s degree in disaster and emergency management also at York University, based on her background and linguistic expertise. He also suggested she join ASIS International.

Alsayed duly applied to the York program and was accepted on a full scholarship. She also found the time to volunteer with ASIS.

In 2018, she joined a committee that helped to develop ASIS’s new Associate Protection Professional certification and also attended the organization’s GSX conference in Las Vegas that year where she won a GSX Young Professionals Experience award. That experience cemented her interest in security, she says.

She also took advantage of the show as a networking opportunity and landed her first job in security working in a operations manager role at GardaWorld — a position she accepted the day she graduated from York.

Alsayed says she left GardaWorld after about a year to mull her professional prospects, and founded her first company while she was between jobs (she currently works for Bell Canada as an emergency management specialist). She created Hilt International Security as a consulting firm, principally, she says, to bridge the gap between security and emergency management.

At the time, Alsayed was also applying her gregarious nature to social media posts, while developing some additional expertise in branding and marketing. “I like expressing myself through story-telling and providing my two cents to the industry as a young professional,” she says. “Social media gave me a platform and gave me a voice.”

Friends and colleagues urged her to start charging for marketing advice and she founded her second company in less than a year. Evolutz, based on the Russian word for evolution, was born in July 2020. A brand and business development company, Evolutz works with security clients.

“The security industry is a very powerful industry. We are really good at what we do, but we are really bad at promoting ourselves,” says Alsayed. “I want to rebrand the industry one project at a time, one client at a time.”

Alsayed says she is committed to telling the world that security is more than just “buzzing people into condos.” She also aims to branch into other industries with her sights set on real estate, construction and legal firms.

Alsayed has crafted an online following, using social media as a communications and promotional tool for her companies. She also leverages her web presence to draw more attention to two other topics that are key to her success story: immigration and women in business. Alsayed is currently writing a book that focuses on her entrepreneurial journey and life experience.

“I have something to say,” she says.