On Oct. 1, Canadian Security hosted its third annual CS Honours event, which celebrated the accomplishments of security professionals. Due to the COVID-19 pandemic, the event was held virtually this year. 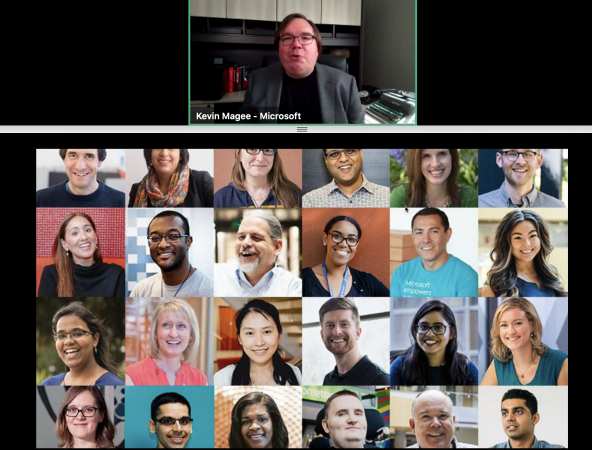 Kevin Magee of Microsoft discussed the importance of security as culture

Kevin Magee, Chief Security and Compliance Officer for Microsoft Canada, kicked off the event with a keynote address.

Magee used his platform to talk to attendees about cloud security and how to protect yourself from cyber attacks.

While Magee highlighted the value of multi-factor authentication to protect sensitive data, he also stressed the importance of developing a strong organizational security culture.

“It’s the people aspect of security and tone from the top that is by far the most important thing in my mind, because if your leadership is not invested in security then your organization won’t be,” Magee said in his presentation. “It can’t be as much as just sending out an email saying security is important or it’s October cyber security month, or ‘please attend your security awareness training’ — they have to be really engaged and involved in the discussion.”

The winners talked about lessons learned during COVID-19, the benefits of networking and what advice they would give to other young security professionals who are just starting out in the industry. 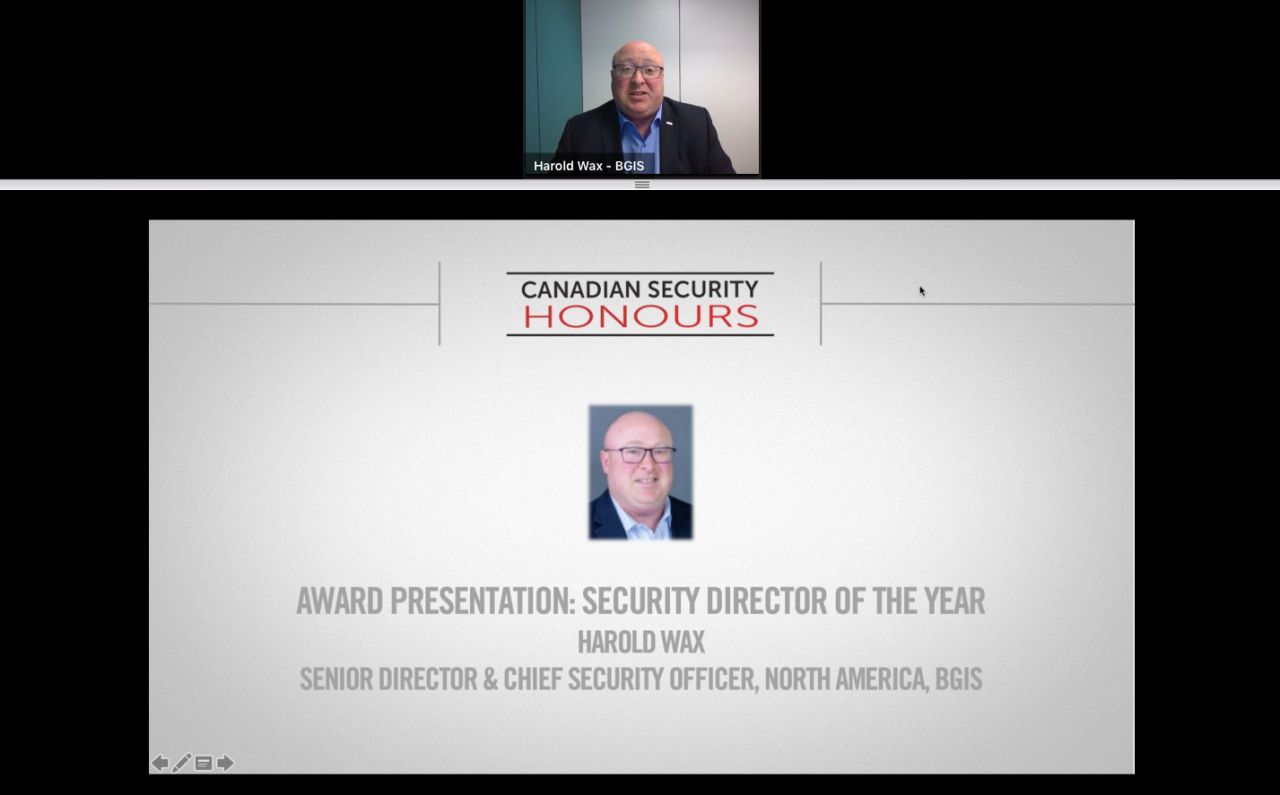 Harold Wax accepts the Security Director of the Year award 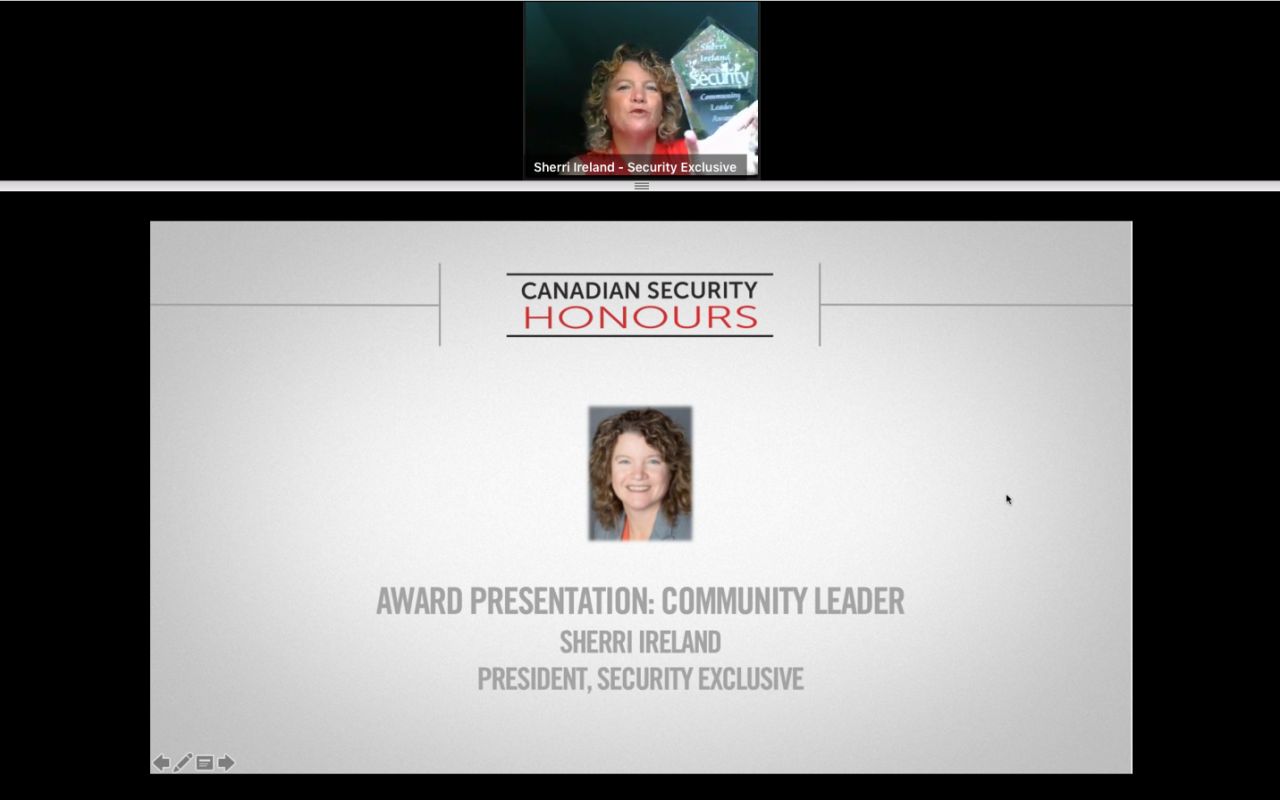 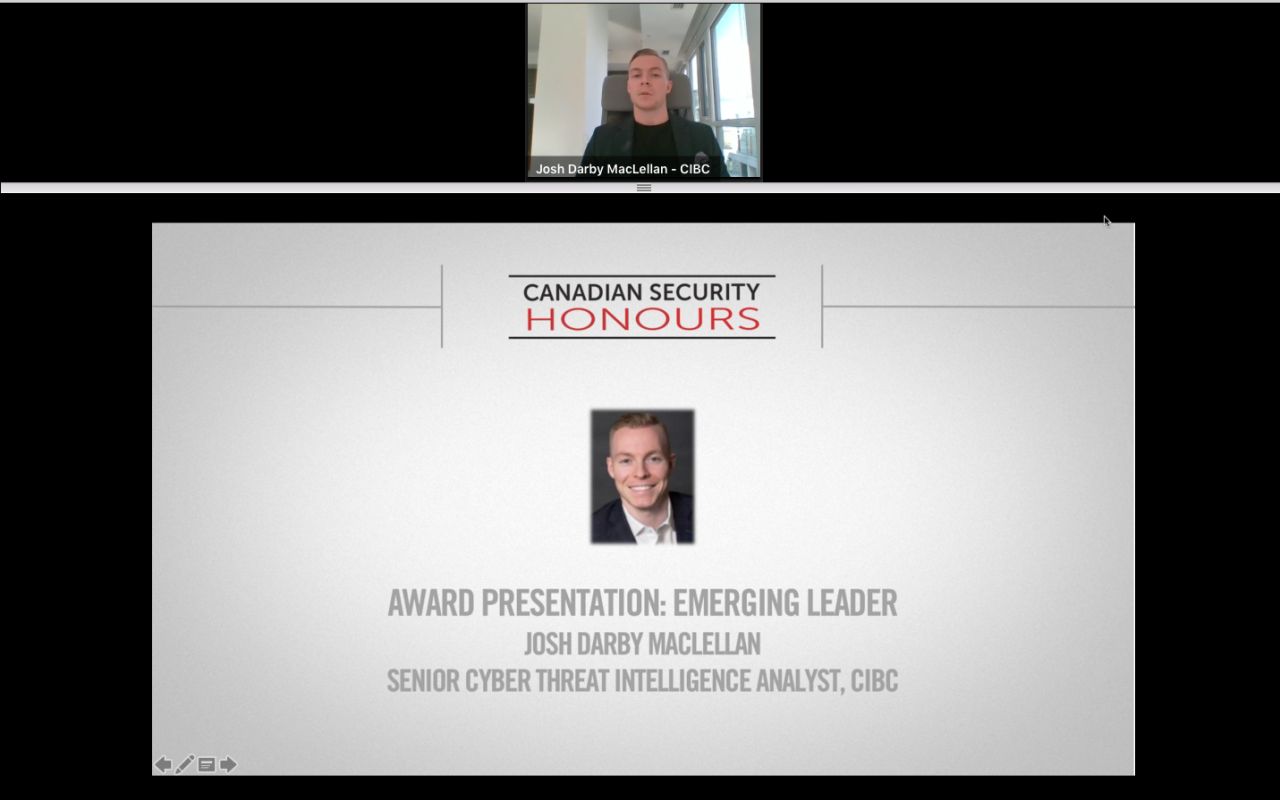 Following a short break, the Canadian Security Lifesaver Association presented GardaWorld’s Jaideep Bal with a Lifesaver Award in recognition of his bravery and decisive actions. Bal intervened in an assault incident that occurred in the building where he works. A female tenant was sexually assaulted and robbed by a male armed with a knife in her office — when the female sought help, Bal was able to position himself between the attacker and the woman, convinced him to return the stolen object and assisted in his arrest. CSLA board members, including co-founders David Sulston, Director of Security, Oxford Properties and Kevin Sanjari, President, Paragon Security, presided over the award presentation, which was pre-recorded.

Ireland is the founder and president of physical security and cybersecurity consulting firm Security Exclusive. In her acceptance speech, Ireland emphasized the importance of not only being a mentor in the industry, but to also be willing to be mentored.

“I found champions and champions are people that will help you get to where you need to go, whether it’s through education or coaching or whatever it is you need, but they also prop you up so when you do get into that role… they make sure that you’re successful.”

Following Ireland’s presentation was the Emerging Leader award, which was awarded to Josh Darby MacLellan.

MacLellan is a Senior Cyber Threat Intelligence Analyst at CIBC and also has several leadership roles in ASIS International’s Young Professionals community. MacLellan reflected on how his views of leadership have changed and evolved over the course of his career.

“When I was growing up, I was transfixed on seeking independence and complete self reliance. I wanted to carve out my own direction and make my own progress,” MacLellan said. “I thought these qualities were the ultimate sign of strength. I soon realized that unless I wanted to make all of my own mistakes and learn the hard way, I needed to draw on the experiences of others.”

His security career includes 45 years with the Woodbine Entertainment organization. He began his career there as a security guard, working his way through the ranks to investigations, supervisor and manager, then, in 2007, was appointed director of security operations. After 11 years in that role, he transitioned to a new position, director of health and safety for Woodbine.

“I spent the last part of my career focusing on, not so much on spreadsheets and technology and what equipment we had to buy, but on trying to do for others;  what it was to give people opportunity to learn, grow and develop,” Murphy reflected. “I think one of the things I’m most proud of is the number of young men and women who went on to find their own success.”

During the last award presentation of the day, Harold Wax accepted the Security Director of the Year award.

Wax is the Senior Director & Chief Security Officer – Corporate Security & Business Continuity Management for BGIS Global Integrated Solutions. Wax was selected for this award based on his leadership of a recent integration between his organization’s corporate security program, business continuity and emergency response programs, and his organizational leadership through the pandemic.

In his acceptance speech, Wax shared some wisdom and advice for young security professionals.

“Be patient and always be learning and be truly passionate about what we do and how we do it,” Wax said. “If there’s one common piece of feedback that I’ve received throughout my career, is that people recognize that I’m passionate about what I do. They may not agree with whatever position I’ve taken, or I may even be wrong, but there is no doubt that I believe in that position, and what we’re trying to achieve, and therefore the passion stands out.”