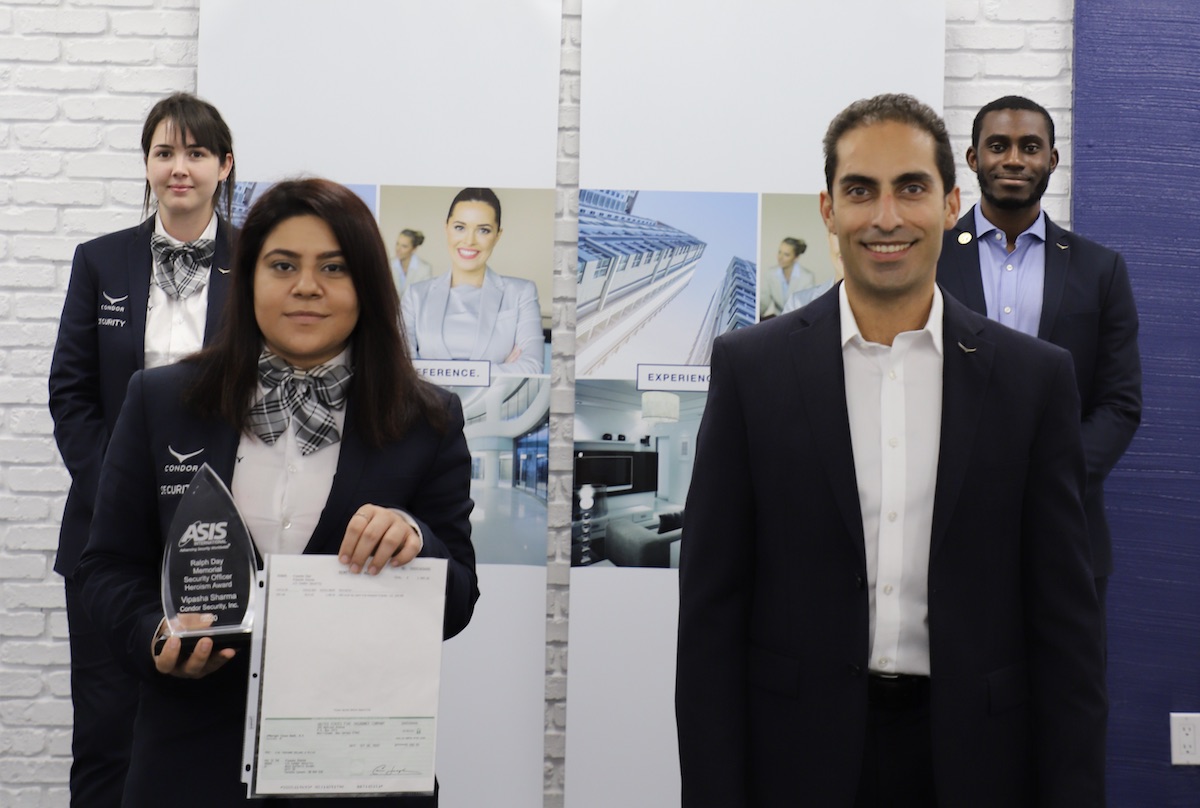 Sharma was recognized for her calm and professional management of a series of traumatic events that occurred at the high rise where she is employed as a concierge.

According to a blog post on the Condor Security website, one night in April, a fire broke out in the building which resulted in a fatality, and a domestic disturbance occurred that same evening.

“The incident that occurred on 17th April, 2020, consisted of four major events: a domestic dispute, a fire, a flood, and a death of one of the residents in a unit affected by the fire. All events overlapped, and time was one constraint that was not working in our favour that day…

“Then I thought, I am the person who is here to provide security to all the residents of the building and if I show signs of panic and nervousness then all the residents interacting with me are going to panic and lose courage, therefore I did what as a Security Guard one must do – show courage, be calm, think on the feet, and come up with solutions as things occur. Eventually, that helped me handle this situation.”

Sharma was able to separate the victim from the attacker by moving the victim to the lobby. She stayed in touch with residents while the building was evacuated due to the fire and coordinated with first responders when they arrived on scene.

Sharma thanked her colleagues and mentors at Condor for their support, particularly Eric Senior, Condor’s operations and training manager, and her site supervisor Hosni.

Condor management noted in the blog post: “Condor is extremely proud of the actions taken by Vipasha, the Condor Concierge on duty during this incident. Your actions have saved lives and you can be proud of your response for the rest of your life.”