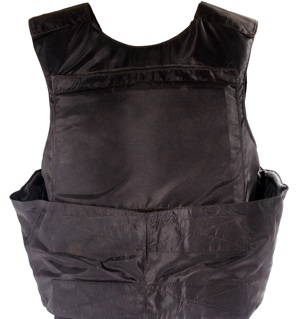 A recent survey indicates that many security professionals support the idea of regulating the sale, possession and use of body armour if it means improved on-the-job security — and if employers are forced to foot the bill.

The survey, which was recently conducted by the Canadian Society for
Industrial Security Inc. (CSIS Inc.), found that almost 80 per cent of
respondents would support a government move to license the
manufacturing, sale and use of body armour. Almost 70 per cent said the
employer should pay for the associated costs. They also support the
idea of regulating the cost and type of material that retailers can
sell, and guidelines for the destruction and decommissioning of used
body armour so it doesn’t end up back on the street.

“Most people are in favour; it’s just a matter of how it will
be done,” says Robert Marentette, the organization’s executive
director.

CSIS Inc. surveyed its members on the issue to provide the
B.C. Ministry of Public Safety and Solicitor General with additional
insight following the ministry’s own consultations on the subject. The
B.C. government, which did not provide a spokesperson for comment at press
time, is looking at regulating the sale, possession and use of body
armour as part of its “Guns and Gangs” initiative.

If approved, B.C.’s licensing program will include criminal
record checks. As well, it will provide for the possible confiscation
of body armour from those without a valid licence, according to the
ministry’s website.

CSIS, explains Marentette, felt the province should also
consider the perspectives of security industry professionals affected
by potential regulations. He estimates that body armour regulation
would affect about 70 per cent of the organization’s membership.

“I said (to the organization’s board of directors) we should
approach the government and ask why it is just going to manufacturers
and the people who own the companies,” says Marentette. “Why not go to
people who wear the body armour?”

CSIS sent the survey to all its members across the country,
even though the proposed regulation would affect only its B.C. members
if passed — at least for now.

“We know a lot of stuff has spun out of B.C. regulatory-wise
and other provinces have caught on,” he says. “We wanted to go after
whether this is going to be a bigger issue down the road for a lot more
people involved in security and find out if there is support for a
licensing program the likes of what B.C. is going to do.”

Of those CSIS surveyed, 95 per cent said they thought within
the next five years more security personnel will have to wear
protective body armour while on duty. Part of that growth is due to the
fear of being stabbed. About of quarter of respondents currently wear
body armour as part of their jobs.

The survey also asked what kinds of security professionals
should have to wear body armour. Most respondents (almost 90 per cent)
said contract security guards, along with corporate and private
personal protection staff, should have to wear it; three-quarters said
special events staff and proprietary security guards should also have
to don body armour. Just over half said bouncers and loss prevention
officers should wear body armour, while about a third said it should be
mandatory for private investigators.

Rather than view body armour regulation as another
bureaucratic imposition, though, many survey respondents seemed
indicated they see it as an occupational health and safety issue.


“There are lot of people who think personal body armour should
be viewed same way the hard hat is viewed,” explains Marentette. One
respondent, he says, commented that the use of body armour should be
considered safety equipment, much like steel-toed boots or reflective
vests. “Security deals with what-if scenarios,” the respondent wrote.
“Various levels (of government) ensure that law enforcement people have
all matter of safety equipment but they will not make the same effort
for security personnel.”

But before any such regulations are adopted, there are issues
that need to be resolved, Marentette says. For one, who will pay for
the cost of the criminal record check, the equipment and the licence,
the employer or the employee? Although survey respondents favoured the
employer bearing the costs, the high turnover in the industry could
pose some challenges to that approach. On the other hand, some
employees will require custom-fit equipment, which could incur
considerable costs, Marantette notes.

But not everyone agrees with the proposal.

Mike Jagger, founder and president of Vancouver-based security
firm Provident Security Corp., says such legislation will probably do
little to deter criminals or solve the problem.

“You’re talking about a group of people who make their living
importing and distributing illegal drugs and shoot at rival gang
members with illegal guns,” he says. “I fail to see how regulating the
sale of body armour does anything to impact that other than getting in
the way of regular people.”

Creating more laws might look good, but that’s about it, he
says. “There are more than enough rules in place right now that they
can’t enforce,” Jagger says. “There aren’t enough resources to enforce
what already exists, so adding more rules and levels of bureaucracy — I
don’t get it.”

It shouldn’t be up to the government to decide who is or is
not at risk, he says. It’s obvious that body armour is necessary for
some jobs, such as that of armoured car driver or police officer or
corrections officer, but often it’s more a matter of how threatened the
employee feels.

“It feels to me like legislation created for the purpose of
being seen to do something without a lot of thought going into what’s
the purpose,” he adds. “I think personal safety is just that — it’s
personal, and employees need to be empowered to communicate whether or
not they feel safe in a situation and do whatever it takes to be safe.
They should never be put at risk, and that’s a combination of having a
good company and people being responsible for themselves. If you’re
missing one of those things, legislation is not going to have much of
an impact.”

Jagger disagrees that body armour should be seen the same way as a
helmet or a seatbelt. Treating it as an occupational health and safety
issue is just “one of the best of the worst ways” to handle it, he
says.

“If it’s really about personal safety, then why not focus on
getting that message out to employees to educate them on what they can
do to better protect themselves irrespective of who they work for?”

CSIS’s next step is to send the B.C. government a letter outlining the results of the survey.