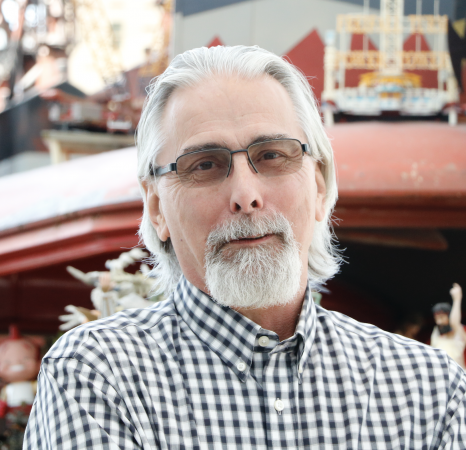 The security industry has lost a kind and generous spirit in Robert (Bob) Marentette, who passed away earlier this month at age 70 from cancer.

Marentette retired barely a year ago from his role as director of operations at the Art Gallery of Hamilton, Ont., an organization he served for 14 years. Over his more than 50-year security career, he cultivated a well-regarded professional acumen, which he combined successfully with a deep curiosity in cultural history and artifacts. He was a noted speaker on several subjects, including art theft and the protection of art.

Marentette began his career in 1969 in a customs role at the Detroit-Windsor Tunnel. He also worked for Chrysler Canada and later Burns Security (later acquired by Securitas) as a guard, supervisor and branch manager. In 1985, he joined the Royal Ontario Museum in Toronto, ushering in a new era in his career as a guardian of cultural property. Marentette spent six years at the ROM, then 15 years at the Ontario Science Centre, also in Toronto, before moving to the gallery in Hamilton.

Throughout his career, Marentette volunteered professionally, including 15 years with the Canadian Society of Industrial Security (CSIS), where he served several terms as its executive director. In 2019, Marentette was recognized by Canadian Security with a Lifetime Achievement award for his long and dedicated service to the security industry.

In a magazine article acknowledging the award, Marentette told Canadian Security more about his own collection of Canadian and First Nations artwork. He also explained how he could appreciate culture and history through the lens of professional security. “I used to get the alerts from the museum security network all the time about art theft throughout the world and in Canada, and realized that there are issues here and there are weaknesses,” he said. “I just started doing research, compiled notes, statistics, and decided that I can again make a difference just by talking to people about the subject.”

Graham Ospreay, a forensic examiner and long-standing colleague of Marentette’s, noted in the same article, “You can just feel his passion for cultural property.” The two collaborated on several presentations, combining their expertise and mutual interest in the art world. They also worked together closely at CSIS, Ospreay serving three terms as the organization’s president during Marentette’s tenure as executive director.

Roger Miller, president of Northeastern Protection Service, who volunteered alongside Marentette at CSIS, remembers him as working “tirelessly to advance the association. Always doing so in a gentle, considerate manner and always willing to work with others.

“Bob was the example for others to follow, starting in the guard sector of our industry, moving through the ranks to senior management and leading us into the future. I have only fond memories of Bob.”