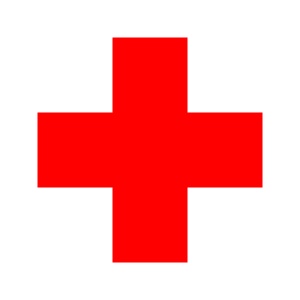 At one time, NGOs in the world’s hot spots were granted some degree of immunity from violence by their status as aid workers. But that’s changing, as they’re increasingly becoming the target of attacks by sectarian and terrorist groups. The Taliban is now targeting aid workers in Afghanistan; a Canadian woman was killed last month, and 19 aid workers have been killed so far in 2008.

Garda’s High-Risk Markets group, called GardaWorld, has been working
with non-government organizations using low profile, intelligence-led
and risk-avoidance methods in conflict areas. “There are a lot of
organizations out there that don’t have security, that don’t have a
crisis response planned, so if something did happen, they’d be starting
right from the bottom,” says Neil MacKinnon, director of crisis
response and intelligence with GardaWorld. “We tend to work under the
assumption that something is going to happen sometime.”

There are more than 600 Canadian NGOs; GardaWorld is in talks with some
of those about their security situation. The argument for private
security is that as long as those perpetrating the violence can succeed
in forcing NGOs to withdraw from a hot spot, they will prevent order
from being restored.

Many NGOs don’t want to use private security, however, because being
surrounded by armed guards gives off the wrong impression to the people
they’re trying to help.

“The reality is, things have changed dramatically,” says Sunil Ram,
director of operations with Executive Security Services International.
“We’ve had Canadians kidnapped. We just had [three aid workers] with
the International Rescue Committee killed in Afghanistan.”
As a result, NGOs are getting more proactive when it comes to security,
such as providing cultural immersion training before deploying aid
workers. This includes learning basic words in the local language, how
to dress like the locals and how to avoid standing out (by, say, not
driving fancy cars). If you’re traveling in a convoy, for example, that
alone can make you a target.
There are also legal considerations, since the courts are now holding
employers responsible for the well being of their workers, especially
in hot spots like Iraq, Afghanistan and Darfur.
“More of these humanitarian groups are getting it, they’re
understanding we have to spend a lot more money [on security],” says
Ram. “It should be going to food shipments, but the reality is, your
food is not going to get from Point A to Point B because Buddy and his
gang are going to stop you, maybe kill you, maybe take you hostage, and
steal all your food anyway. Look what happened in Darfur.”

While these risks are not new, in today’s world, NGOs are much more
deliberate in putting explicit security policies and procedures in
place. “Many years ago I worked in Central America,” says Robert Fox,
executive director of Oxfam Canada. “I was often in a situation of
conflict, but there wasn’t as much guidance and clear procedures. Now
we recognize that the situation of our staff is very precarious and we
have a responsibility as an organization to think through the various
scenarios and ensure that we’re minimizing any risks.”

Aid workers do not travel alone, for example, and they don’t go
anywhere without their walkie-talkies. They also check in with their
central base at designated times. The security situation can move from
one level to another, which means another set of protocols would come
into play.

“On any given day we may well identify that in fact we have reached a
point where we have to suspend operations ”“ and we have done that,” he
says. “In parts of Darfur there are particular camps where we have
stopped operations because we cannot provide by any means reliable
support to staff in those situations.”
But he says there’s an increasing concern at the blurring roles between
military, private security and humanitarian organizations, because it
can put aid workers at risk. “As Oxfam we are independent and
impartial,” says Fox. “Our job in Afghanistan is not to win hearts and
minds. We are not there as an instrument of Canadian foreign policy.”
When military forces start to play a role such as we’ve seen in
Afghanistan, where they work with provincial reconstruction teams, that
makes it more difficult to distinguish them from humanitarian workers ”“
even though Oxfam provides support to people in need regardless of
race, religion or political interests.

Private security also blurs that distinction, he says, because some
governments are contracting out their security and development work to
private companies. “Looking into the future, there may be more of it,
but it doesn’t mean it’s a good idea.”

The Red Cross only uses armed protection in limited circumstances. “We
base our concept of security on the fact that the parties on the ground
accept us,” says Michael Khambatta, deputy head of delegates with the
International Committee of the Red Cross. “We have to assess whether
the people we’re speaking to actually have the control in the area we
want to go to.” To be safe, aid workers must be ”“ and be perceived to
be ”“ neutral and independent.

The Red Cross only uses armed protection for fixed locations, such as
staff quarters and warehouses, in situations where there’s a law and
order problem but it’s clear who controls the territory (and that’s
done in co-ordination with the authorities concerned).

Or, if it gets into a situation where aid workers have come under
attack, or know they’re going to be attacked. “We might ask the nearest
armed forces that we trust to get us out, but this is usually a very
long one-way ticket because we would no longer be perceived as
neutral,” says Khambatta. “It could take us years to repair that. I
can’t think of the last time we’ve done that.”

Nor does it pay ransoms. “The paying of ransoms creates a whole series
of incentives that we don’t want to have in conflict areas,” he says.
“Where we have had people taken for varying lengths of time, we’ve
gotten them back.”

The concern with private security, he says, is who else those companies
are working for, and if they’re associated with any other groups or
governments. And, when you’ve got one set of white cars driving past
another set of white cars, the locals don’t always truly understand the
differences.

“We feel we can’t be somewhere until we’ve gotten the acceptance of the
leaders and, in fact, the population,” says Khambatta. “Even using
military aircraft in a natural disaster area in one part of the world
can be seen in other contexts, and that’s not always acknowledged.” The
Red Cross only uses military assets for logistics ”“ such as moving
cargo ”“ as a last resort (that also falls under UN guidelines for use
of military assets).

If there is an incident, then the Red Cross adapts the way it works. In
2003, its headquarters in Iraq were hit with a truck bomb, so it moved
to a discrete form of management, working from a distance through its
national staff. “We have had to take an approach that leaves far less
of an imprint, and in parallel to ensure that we are building the
contacts that will allow us to come back in an open way,” says
Khambatta.

In many cases, security is more about risk avoidance through the
gathering of information and plotting of trends. “That’s where we’re
seeing interest from NGOs,” says MacKinnon, which includes spotting
trends, passing on information and making recommendations.

For NGOs that don’t want an overt security presence, GardaWorld will
work with them to create a crisis response plan, from security
intelligence training, to kidnap and ransom training. “In Iraq, for
example, you’ve got around 100 attacks a day in some areas, and you can
plot where the bomb attacks are being carried out,” he says. “In those
attacks there are lots of trends and patterns.” That can lead to
recommendations, such as avoiding going out at certain times or taking
different routes with different types of vehicles.

Aid workers can also be better prepared before they arrive in country,
such as how to react in an ambush situation or firefight, says Ram. If
they’re taken hostage, for example, they need to know what actually
happens in a hostage situation and how to behave.

“There’s a lot of psychology in play here, but if you don’t know that,
you’ll be freaked out,” he says. “Why am I actually having sympathy for
the hostage-taker? This guy is potentially going to kill me. If you
don’t address it before it happens, you’re going to be confused, you’re
going to be in a panic situation.”

The security firm will also research the methods of operation of
terrorist groups in a particular region. “Are they just interested in
blowing you up or kidnapping you for ransom or propaganda?” says Ram.
“That will tell me what level of security you as a client need.” After
that, there’s an array of resources that can be deployed, from
bomb-sniffing dogs to CCTV cameras to alarms ”“ not to mention roaming
patrols and armoured vehicles (which clients use in hot spots like
Columbia).

So far, the American government has been the most aggressive in using
private security to deliver aid programs, says Fox, and spends the
largest portion of its aid budget within the U.S. “We have a concern
about development effectiveness and the amount of money being spent on
North Americans and Europeans, [who are] being paid $1,000 a day in a
given country,” he says, “when in fact from a developmental perspective
what we should be doing is tapping into the capacity of the people in
that country to do this themselves.”