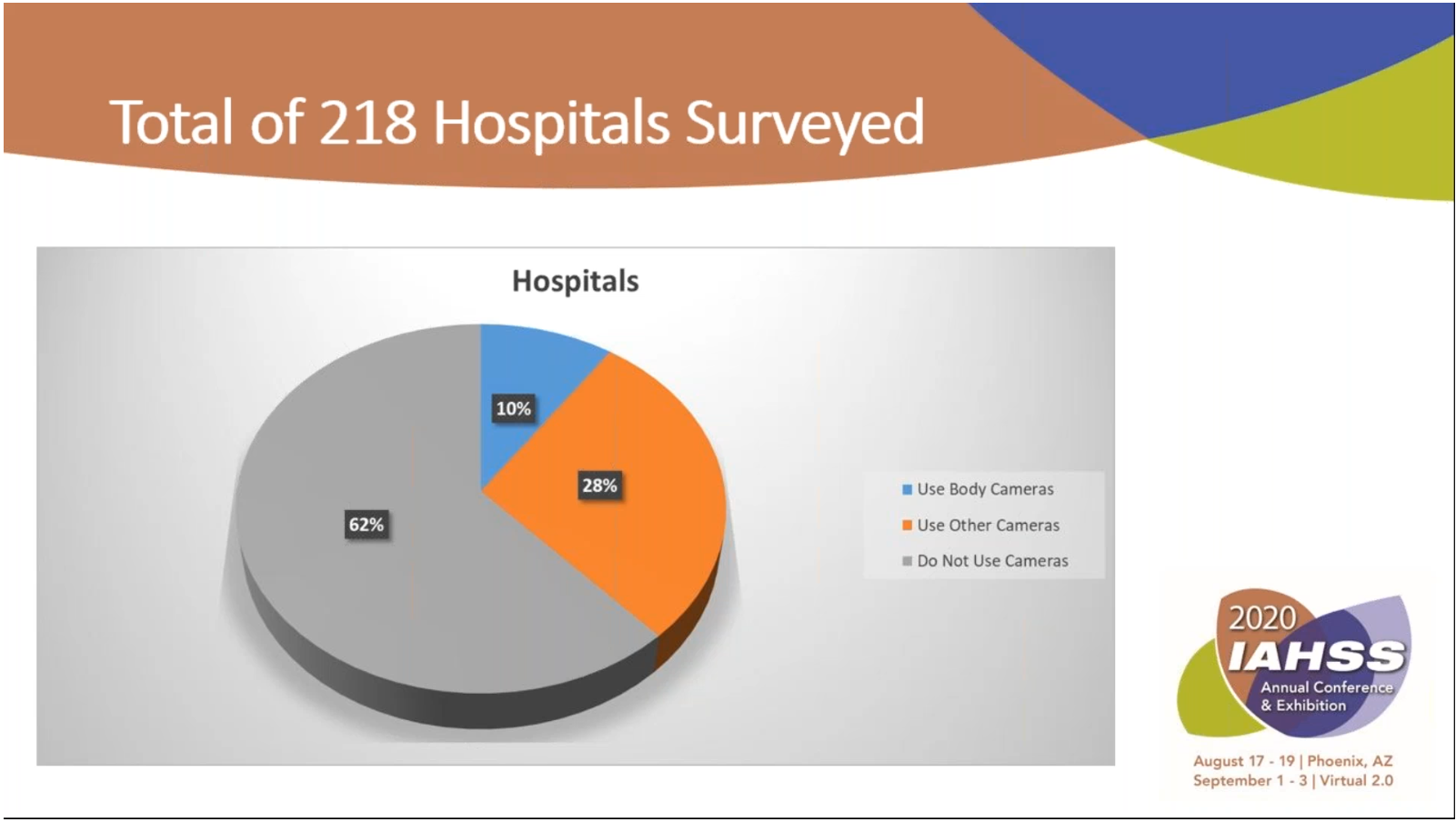 The virtual event, which ran from Sept. 1-3, had a number of sessions that focused on all things relating to security in the health-care industry.

A session called “Body Cameras in Healthcare – Another Look” reviewed the steps a large hospital system took to deploy body cameras to their security staff and the obstacles they had to overcome.

Moderated by Sovah Health’s security director Ralph Cummings, he began the session by providing an updated look at legal and HIPAA concerns to educate hospital’s C-suite. 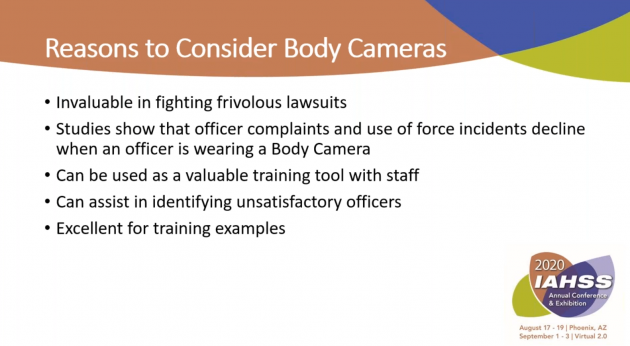 The Health Insurance Portability And Accountability Act (HIPAA) was signed into law in 1996, by President Bill Clinton. It is U.S. legislation which provides security provisions and data privacy, in order to keep patients’ medical information safe.

“The primary goal of this law is to make it easier for people to keep health insurance, protect the confidentiality and security of healthcare information,” Cummings said in his presentation. “The expectation is that these body cameras are on during any and all incidents.”

In a survey of 218 hospitals, the findings showed that 62 per cent did not use cameras at their hospitals while 10 per cent of did use them. In addition, 28 per cent of hospitals use other cameras, other than body cameras, such as cameras on a taser.

“Some of that 28% could be included in the 10%, because some hospitals were using the old fashioned taser camera which was on the bottom of a taser weapon,” Cummings explained. “As a body cam policy told officers to turn it on, when they were talking with somebody. That way they were documenting what’s going on.

Cummings then went on to discuss some of the benefits that security personnel can get from wearing body cameras, with reasons including training tools, identifying unsatisfactory officers and training examples.

“It’s a great tool and field investigations used them quite a bit on taser deployments go back and watch the video — video doesn’t lie,” Cummings said. “Your officer may not remember, or maybe is going to get complaints and [the body camera] captures the interaction.

“It also could have some other anticipated benefit, such as the behaviour of the staff is now improved because they know that ‘Big Brother’ is watching.”