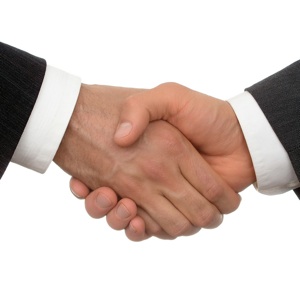 Canadians where well represented and honoured for their work at the recent International Association for Healthcare Security and Safety Annual General Meeting held in Baltimore June 21-24.

Security officer Mike Hearn from Rouge Valley Health System was awarded
the Medal Of Valour for his actions last year in disarming a patient in
the emergency room on the morning of April 16, 2008. He successfully
managed the incident which involved a violent and disruptive emergency
room patient, armed with a knife, who had self-inflicted injuries.

The patient cut his throat and stabbed himself repeatedly in the
stomach with an eight inch serrated bread knife. Officer Hearn
restrained the patient until appropriately controlled, thus avoiding
the possible use of a firearm by a police officer present during the
incident. Officer Hearn suffered minor injuries as the result of his
intervention.

Joshua Crewe and Aaron Haggerty of Paladin Security, both assigned to
St. Paul’s Hospital, Vancouver, B.C. each received the Medal of Merit
for their cooperative response to a 911 call on the afternoon of June
15, 2008. The caller, subsequently determined to have been a discharged
patient, was making suicidal threats. After responding to the location
from which the call originated and not finding the caller, the two
officers determined the caller to have moved to an adjacent site. At
that location officers Crew and Haggerty found the individual to have
secured a tensor wrap around her neck with an end secured to an
elevated step in a parking garage. Officer Crewe immediately removed
the material from the stair while officer Haggerty secured the still
conscious individual who then attempted further self injury. The
individual was subsequently returned and admitted to the hospital.

Jeff Young, Director, Prairie Region with Securiguard was appointed to
the Board following on Fraser Health’s Don McAlister’s footsteps and
Ken Close was sworn in as a member of the IAHSS Foundation.

News of interest to particular interest to Canadian members is that
Toronto has been awarded the 2011 AGM to be held at the Fairmont Royal
York Hotel.