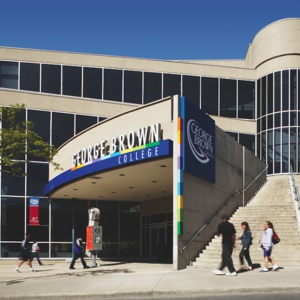 Hospitals have pandemic plans in place, but many haven’t had a chance to put those plans through their paces. So George Brown College is testing hosted pandemic management software, which will help governments and hospitals rapidly disseminate information in an emergency to contain and mitigate damage, injury and death.

“When all else breaks down, people run down the hallways with little
sticky notes, and that’s not effective,” says Robert Luke, director of
George Brown College’s Office of Applied Research and Innovation. “We
managed SARS with paper, and that is egregious on one hand, but we
learned a lot from SARS. The bottom line is communication is
essential.”

As a direct result of SARS, the Ontario Ministry of Health
and Long-Term Care produced core competencies for infection control,
and the Ontario Agency for Health Protection and Promotion was much
better prepared when H1N1 human swine flu came along. But those core
competencies still need to be tested.

So the college is testing The Pandemic Management Toolkit from Tenet
Computer Group, a web-based software package for large-scale
emergencies. George Brown College’s School of Emergency Management and
its Emergency Operations Centre — the only facilities of their kind in
Canada — are assessing and refining the software through real-life
simulations. There are three iterations of testing, and October is the
target timeframe in terms of general availability.

Simulation is a viable way to learn, and it works hand in hand with the
technology, says Luke. “The problem with disaster management is you
can’t really learn on the job, because you don’t want a disaster to
happen,” he said. “It’s also one of those skills that hopefully you
don’t use. Unfortunately, when you do need it, you need to know it.”

The idea is to assist organizations in preparing for an emergency,
executing on those plans and recovering after the emergency. By making
the software web-based, it allows an organization to host the software
with a preferred provider ”“ so it’s offsite, and it saves money. In
Ontario, for example, there are around 220 hospitals, but many of them
are small, rural and northern, so they don’t have the same IT resources
as the large hospitals in Toronto.

George Brown is testing the Toolkit’s fan-out module capability, which
provides users with a centralized means of communication. It uses a
variety of tools — including e-mail, SMS, Blackberry PIN, the Internet,
fax and telephone— to communicate with all members of an organization,
and then tracks and organizes their responses to better coordinate the
personnel required for the emergency. The Toolkit offers nine modules
in total.

The project is funded in part by the Natural Sciences and Engineering
Research Council of Canada, in support of industry-applied research.
The work George Brown is doing with Tenet is one of the first projects
it’s launching as part of the five-year funding initiative.

Pandemics in particular are tricky, because they’re typically a
prolonged emergency, and you cannot expect help from your neighbouring
cities or countries, says Carlos Paz-Soldan, president of Tenet
Computer Group Inc. “With pandemics, you have the first wave going for
seven or eight weeks, then a few months later it comes back with a
vengeance, and it could last two or three years,” he said. “It’s more
difficult to wing it when you have a prolonged pandemic.”

Pandemics are pervasive, and even medical experts can’t predict what
will happen. They may need to change their medical directives, for
example, because they discover a particular anti-viral doesn’t have the
desired effect. “Pretty much every hospital has a pandemic plan in
place, but nobody has had a chance to put it through its paces,” he
said. If we had a pandemic where we lost 20 per cent of our workforce,
not necessarily because they get sick, but also because of fear, we’d
be in serious trouble, he added. (The Campbell reports said 20 per cent
of nurses considered not going to work during SARS, though only about
10 per cent didn’t go).

George Brown has developed a state-of-the-art simulation centre in its
Toronto Casa Loma campus for continuing education students, as well as
nursing students. The college works closely with CAE, which provides the simulation software. It’s
designed to test people under various stress situations to see how they
function as a team and adjust to the parameters of the simulation as
it’s conducted in real time.

A simulation could involve a toxic cloud moving toward a town, for
example. A controller in a back room can change the conditions of the
simulation — such as shifting the wind direction — and students must
adapt their evacuation plans accordingly. Students are placed in
different rooms (one for federal decision-makers, another for personnel
on the ground), but they’re all connected to a phone and a computer
with their own applications. If communications are “lost” during a
simulation, then each group should know what to do in order to work in
concert.

This allows them to figure out where mistakes happen or where a plan
breaks down. “To simulate something around a boardroom is not quite the
same,” says Paz-Soldan. “You can have the best plans, but if you cannot
communicate this information then there’s no point.”