Are you using social media effectively?

As the “social media generation” matures, it’s becoming increasingly normal to hear of people learning about crises via social media. 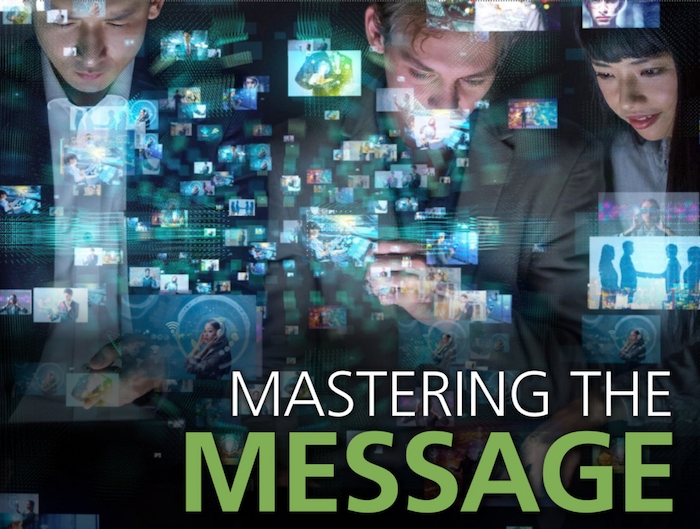 Unlike traditional media, social media allows users to share information and create a conversation. In a crisis, it even allows them to become the “boots on the ground,” providing real-time updates.

Consequently, companies and authorities involved in an emergency need to understand how to use social media, both to gather information and to communicate with stakeholders.

But with billions of users and massive amounts of information available at your fingertips, the challenge is figuring out how to get a clear message out amidst all the noise.

“An actual investigations solution tool”
The first step to doing that is to understand how social media’s role in crisis communications has evolved. According to Suzanne Bernier, president of SB Crisis Consulting, it has evolved very quickly, especially in the field of emergency management.

For her, the defining moment was Hurricane Sandy in 2012. Social media enabled cities, emergency management authorities and first response agencies to be extremely efficient in informing people about the storm, how to prepare, and what to do afterwards, she says.

Any organization or authority impacted by the hurricane was using social media to share information, even the local power authority, she says.

But not only has social media become a way of sharing information, it’s also a way for authorities to gather information, says John Rainford, director of The Warning Project.

Social media has transitioned from being a “one-way information dissemination tool towards an actual investigation solution tool,” he says.

For Rainford, the watershed moment was the Boston bombings in 2013.

“The authorities there turned a corner and they said, ‘Wow, this social media world actually has incredible potential for us to gather intelligence about what’s actually occurred,’” he explains. “They had an active investigation going on … and they used social media to say, ‘We need help.’”

Security institutions and law enforcement agencies asking the public for help is nothing new, he admits; communication tools such as hotlines have been available for years. But social media acts like a “supercharger, making it a lot more dynamic and intense,” he says.

Beating the noise
Nevertheless, this “supercharger” can have its downsides. In the event of an emergency, such as a terrorist attack or natural disaster, it can be difficult to get a clear message out to the public.
“It’s very hard to get that message out if there are people on the front line, just average citizens, using Twitter to send images, videos, that kind of thing — it’s very hard to wade into that and stand out from that on social media,” says Duncan Koerber, assistant professor at Brock University and the author of Crisis Communication in Canada.

Additionally, given the number of users on social media, authorities can be overwhelmed with information when asking for the public’s help.

“You’ve got an active threat situation, an active disaster situation — what value is this if you can’t process it?” Rainford asks.

“For authorities, the key is understanding what misinformation and rumours really, really matter,” he says.

“Misinformation where we want people to head north to get away from the nuclear fall out cloud [as opposed to south], that’s very, very different…We saw this in Fukishima, where misinformation there resulted in people, instead of moving away from the potential radioactive zone, moving towards it.”

To beat the noise, “You’ve got to process all the information so you understand what’s out there, and then you have to decide what’s important,” he says.

Information processing tools can help make that determination, but it’s still up to emergency responders or security experts to decide what is important.

Accomplishing that is “the next frontier in terms of how we use social media as a good response tool,” Rainford believes.

But it’s not just the authorities and decision-makers who have to search through all the information on social media — the public has to as well.

To do so, Bernier encourages people to visit the websites and social media accounts of recognized sources, such as first response and emergency management agencies.

Koerber agrees, but adds, “if those official accounts are not responding right away, then that’ll be a problem.” The public will then turn to regular users’ accounts.

“That puts a burden on the official communicators … to get something our right away, within seconds or minutes of a crisis,” he says. “[It] can be really challenging to satisfy that need.”

This plan should address who the spokesperson will be and how the organization will use social media, with templates on how to draft a Tweet or Facebook post, she says. Implementing a plan before a crisis occurs is key, she says.

Additionally, she encourages every organization to conduct exercises or drills that include “social media specific injects.”

“That’s one area that I’ve noticed — a lot of communities … sometimes forgetting to include that important piece, because that’s reality now; every single crisis is going to have some kind of social media Tweet or Facebook post or something that’s going to come up.”

These exercises will not only help companies navigate the social media landscape, but can also alert executives to how social media itself could create a crisis, she says.

“A crisis could be created via social media, an inject itself, if you’ve got a negative Facebook post or a negative Tweet about your company or your community,” she explains. “That alone, depending on how you choose to respond or not …could be its own reputational crisis.”

For Koerber, a key aspect of managing social media in a crisis is dedicating at least one person to manage the social media accounts.

“It can’t be just one of the millions of things one employee has to be monitoring or involved with,” he explains. “There has to be somebody dedicated to it who has some experience and tact with using social media.”

That person should monitor the platforms, look for issues that may become a crisis and communicate with the organization’s senior members, he adds.

“You’ve got to be cultivating communities around your social media accounts so that when a crisis does occur, then you’ve already got those networks set up,” says Koerber. “You can’t just sit around with an account of 50 followers and then expect that in a crisis, people are going to jump to that account, because they’ll have no awareness of it.”

“They send out their own message in terms of their understanding of the situation, and then they are acutely tuned in to what the people affected are actually saying and talking about, and then they’re responding in a respectful way to them,” he explains.

This creates a “back and forth” conversation that makes those affected by a crisis feel understood and heard.

In doing this, Rainford believes companies need to take a step back from the traditional approach to communications.

Traditionally, it has been “all about control,” he says. “You don’t speak to the media. You don’t say anything without running it by the communications directors.”

In his opinion, that is an “antiquated reality.”

For example, during a measles outbreak, people were undermining a health organization’s efforts to vaccinate kids by spreading rumours and misinformation online.

The organization’s communications director argued that a traditional communications approach, such as a press conference, was not working. Instead, he wanted to give nurses the authority to share their views with the public and speak on behalf of the organization via social media, Rainford continues. The executives agreed.

“This was a huge risk — what if they have a Twitter war, what if they freak out and say something stupid?” he asks. “These were all risks that were there, but you know what? The people that were involved in those conversations … they responded so well to that direct interaction.”

In the end, the “vaccine hesitancy” was lowered and the health organization got more parents to vaccinate their kids, he says.

But there are concerns about legal liability in giving employees control of corporate social media accounts, Rainford admits.

But what about when it comes to giving employees access to social media at work? How should companies govern their employees’ use of social media?

“There should be policies in place for people using these things,” says Koerber. “I don’t think they should be banned from using them. But it’s really important to have training on this because every day we see employees of organizations doing something that causes a problem — public relations problems — for organizations.”

Five years ago, adds Bernier, several companies had rules in place prohibiting employees from using or accessing social media during work hours, and posting to social media in a way that did not positively represent the organization, adds Bernier.

“But I think that nowadays, it’s also really important for companies to encourage their employees … to check out the company Twitter account, the company’s Facebook page,” she says.
Then, during a crisis, those employees will share the information sent out on the corporate social media accounts.

For security professionals, it gives them the “ability to gain more perspective of what’s actually going on, on the ground with people who are using social media,” says Bernier.

Additionally, social media has become such an important part of the majority of peoples’ lives that ignoring it often comes with a price.

Rainford therefore argues that social media should be integrated into a mass communications plan, and that companies should take a more holistic approach.

“It’s really important to recognize that social media now is not replacing how we used to communicate traditionally during a crisis and get those messages out,” adds Bernier. “It’s just now giving us additional ways to do that if we can.”

This article originally appeared in the Nov/Dec issue of Canadian Security.