A virtual GSX+ experience would allow more Canadians to attend

While the transition to an all-virtual conference was unavoidable due to COVID-19, there are some advantages to this style of event 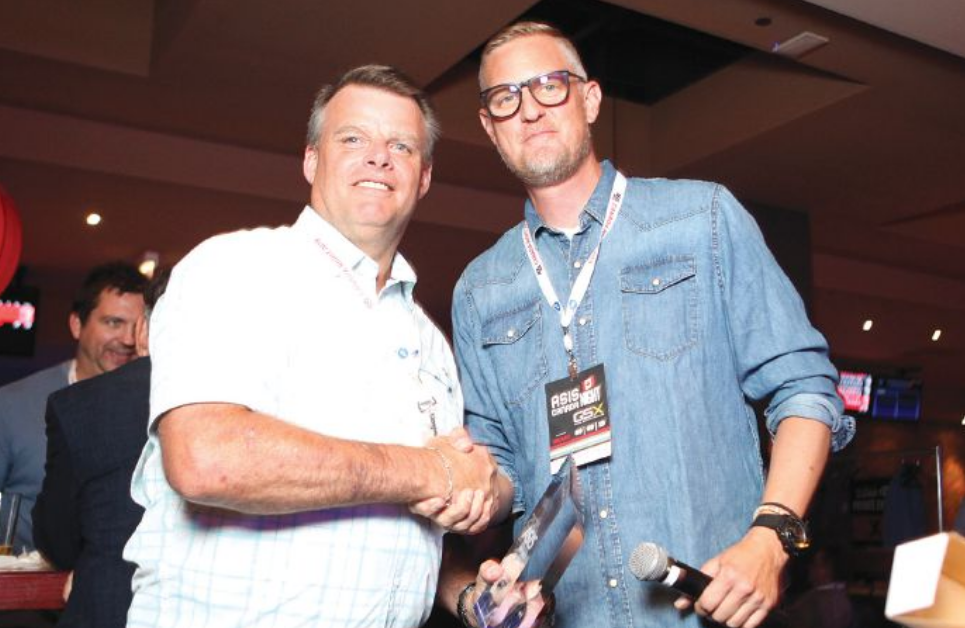 Bill VanRyswyk (left) received the Ron Minion Memorial award from Mark Folmer in Chicago at Canada Night in 2019. The award will be presented virtually this year.

Global Security Exchange, the annual ASIS International conference and expo, is one of the major events on the security calendar that has fully embraced the move to virtual meetings. ASIS announced in June that it was adopting a totally online experience called GSX+ rather than the original plan of hosting the event in Atlanta, Ga., principally for safety reasons.

“ASIS leadership concluded that transitioning GSX to a virtual-only environment for its 2020 event was the correct course of action, in the best interests of its members, attendees, speakers, exhibitors and the public,” noted a press release issued June 22.

While the transition to an all-virtual conference was largely unavoidable due to the challenges posed by the COVID-19 pandemic, there are some advantages to this style of event.

“GSX+ is a truly virtual experience. You have a chance to be there during the session itself, or after the session once the recording is available,” noted Tim McCreight, acting chief security officer for the City of Calgary, who also serves on ASIS International’s global board of directors.

“What I like about the fully virtual event is it’s on your time. All of the sessions will be recorded and made available to attendees. This is such a great opportunity to really immerse yourself in the online experience. Now I have this opportunity to go back into the GSX+ [platform] and listen to sessions, go over some of the Q&As, or look at demonstrations that will be provided by different organizations,” added McCreight, who also pens a regular column for Canadian Security.

Bill VanRyswyk, Senior Regional Vice President, Canada, ASIS International, said he will miss the in-person networking opportunities that typically come with attending a GSX conference, but is also enthusiastic about the advantages of virtual engagement, particularly for Canadian security professionals who may not have been able to travel down to Atlanta. “It opens the door for a lot of people who could never go to GSX. I anticipate the GSX attendance this year — virtually — will be very strong,” he said.

Canada Night, the social mixer typically hosted by ASIS’s Canadian contingent the night before the GSX exhibit hall opens, will unfortunately be cancelled this year along with the GSX in-person event. Virtual options for Canada Night are under consideration, said VanRyswyk, but nothing had been finalized at press time.

However, ASIS Canada’s Annual General Meeting, which was originally scheduled for GSX week, will go ahead, he said, in a virtual format. VanRsywyk said he is hopeful that by moving the AGM online, many more Canadian ASIS members will be able to participate rather than the few dozen who normally attend in-person. “This year, there’s no reason why we can’t have hundreds [of people attend].”

The Ron Minion Memorial Award, also known as the Canadian Security Industry Pioneer Award, will be presented (virtually) during the AGM as well, said VanRsywyk. The annual award is conferred upon a Canadian security professional who has contributed to the growth and integrity of the industry. Last year VanRsywyk himself received the award during Canada Night celebrations in Chicago.