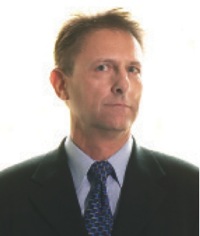 In a $4.5 million deal, Unisys Canada Inc. has been selected by the Canadian Air Transport Security Authority (CATSA) to supply, integrate and manage a new identification management system for 29 airports throughout Canada.

The system will use fingerprint and iris biometric technology to identify about 100,000 airport workers, and will replace the application CATSA currently uses in its Restricted Area Identification Card (RAIC) system, which enhances aviation security by verifying the identities of airport workers via biometrics and ensuring workers have security clearance ”“ the status of which can be instantly updated at any airport.

Under the terms of the two-year contract, Unisys will also provide data management, integration and project management services, along with training and provision of technical support and maintenance once the application is deployed.

The system is based on off-the-shelf products from ImageWare Systems, Inc. (IWS), an American-based company. The IWS biometric engine is the centerpiece of the new RAIC application, responsible for enrollment of airport workers, capturing and processing their biometric data, and issuing biometric-enabled smart cards.

“When we go to enroll new workers, we will use the IWS biometric system for fingerprints and iris. Bioscrypt is still part of the current solution and it still needs to be there because it works with some of the fingerprint readers,” said Bob Binns, president of Unisys Canada in Toronto.

“Our familiarity with [IWS] ”“ it’s proven capability in the instances we’ve used it ”“ just gives us as the integrator a great deal of confidence that we can deliver the solution on the timeline and the cost and within the budget that CATSA has laid out,” said Binns.

“It’s pretty normal that you would do the initial rollout and then do an upgrade on some of your systems,” said Binns, who later added, “it’s not quite the same as building from the ground up, and so it has a much lower cost.”


The previous RAIC system, provided by Unicom, included biometric technology and initial enrollment across 29 airports. The existing hardware, including some of the readers at access points, will remain and be converted to operate with IWS, but the system itself will change.

“With the evolution of technology, I believe that we have a higher level of accuracy and verification, so CATSA will just have a higher degree of assurance that the solution will positively manage identity and positively identify those who are supplying matching biometrics,” says Binns.

One benefit of the new system is its capability to not only highlight an unsuccessful entry, but to flag potentially unauthorized access attempts.

“In our solution, we can detect a fraudulent attempt, which is probably as equally important as identifying and providing access to a positive ID,” said Binns. “Not all biometric engines are geared towards false presentation ”“ they would just say ”˜no match.’ Whereas in IWS, it would say ”˜no match, and here are the reasons. ’” For example, the system can differentiate between access denied on the basis of smudgy image presentation versus access denied due to false fingerprints.

The project is expected to be fully deployed and completed by the second half of 2008. Unisys can’t release an airport priority list, but he said there is “a priority set of ports of entry.”

The contract with CATSA calls for conversion, enhancement from the existing system to new, and implementation and stabilization, said Binns. It will build on Unisys’s recent projects providing identity management solutions in Canada, including work for Citizenship and Immigration Canada and the Port of Halifax.

Last year, SP&T News’ editorial advisory board selected Unisys Canada as Canada’s security systems integrator of the year in a decision primarily based on their work on the CIC biometric field trial.