The ROI for detection

Trying to control loss in a massive warehouse environment can be a daunting task, but Don Berezowski was determined to reduce the shrink happening at a Sears distribution centre north of Toronto, and at the same time ensure a safer and more secure workplace. 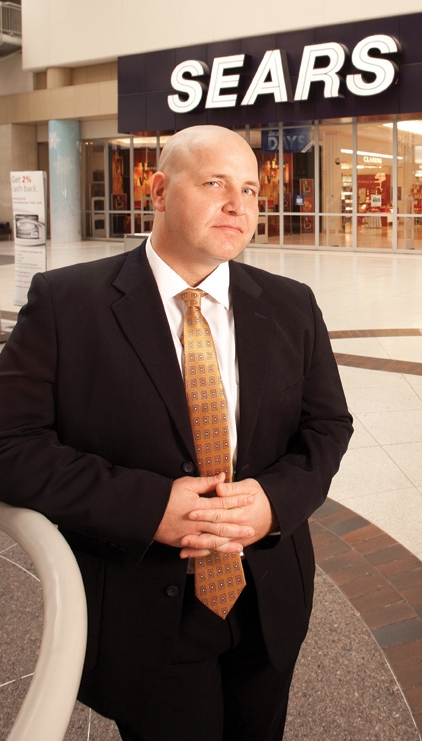 In 2009, Berezowski, who is divisional vice-president loss prevention and returns with Sears Canada, opted to install Brijot millimetre wave whole body imaging technology to help detect and reduce the amount of goods being smuggled out of the retailer’s one million square foot Vaughan logistics centre.

Berezowski understood that the initial point of loss for any corporation begins at the supply chain and losses progressively increase as merchandise changes facilities/locations and travels through many hands. His goal was to tackle several areas in the supply chain, with a special focus on Sears warehouses.

“It was all part of a deep dive analysis on our most vulnerable areas,” says Berezowski. “The logistics centre was a gap we had to close right away.”

“We were looking for technology to close that gap at our warehouse and Brijot sold us on it — it’s a different technology, and not one a lot of people have for retail. It’s definitely new.”

The Brijot systems are in several major retail distribution centres and manufacturing locations in Canada with “known populations.”
“That means they don’t screen the public,” says Robert Dyk, vice-president of sales for Worldwide Imaging.


Sears also went to see an existing installation of the equipment at Best Buy and were convinced that was the way they wanted to go. Brijot’s technology had also used in the film distribution centre where the James Cameron movie, Avatar was produced.

“(Sears) had decided on passive millimetre wave based on looking at other products. There is no other whole-body imaging product that detects non-metallic objects yet respects the privacy issues most are concerned about. It doesn’t reveal anatomical detail and the systems don’t emit any energy,” says Dyk.

Berezowski had clear objectives for the project, which included:
•     Deploying equipment to detect theft and contraband at point of entry/exit to the facility while maintaining health and safety standards and the privacy and dignity of Sears associates;
•     Restricting access/egress to the facility with minimal effect to associates and visitors;
•     Introducing new policies and procedures to ensure a safe/secure environment with quick egress/access to associates on all shifts.

Now, whenever an associate begins and ends their shift, they are subjected to a parcel/bag inspection. When complete, they are then subject (via the selecting devices) to a secondary search using the Brijot detection system.

“We didn’t do full pat down searches but the cases we did get often involved collusion,” says Berezowski.


“We did regular bag checks but if you’re a smart criminal you’re not going to put it in a bag when you’re walking out the door.”

So to catch losses that could not be detected in bag checks, Sears knew it had to go a detection system that would reveal concealed items. But it had to be non-invasive, safe and be accepted by the executive team.

“The first words out of my mouth to anyone who says, ‘Oh you’re those people with the naked scanners’ is, ‘No, our product does not render any anatomical details.’ I feel compelled to make that distinction and the fact it emits no energy means from a technology standpoint there is no energy exposure,” says Dyk. “About 50 per cent of the buzz in the U.S. right now is around exposure to X-ray energy or RF millimetre wave energy and those questions remain unresolved. For our technology it’s not a factor.”

The Brijot systems can detect concealed objects in as little as half a second and does not image specific body details.
It can detect metals, plastics, ceramics, composites, glass, liquids, gels, explosives, weapons, narcotics, currency, tobacco goods, and wood. Detecting anything that can be used as a weapon is even more critical now with Bill 168 in place, to ensure a safe work environment.

Each detection system including training, software and deployment costs just under $100,000 for a single system. (Vaughan has two systems.) There was some construction required to accommodate it at the logistics centre.

“We needed one point of entry and to be able to include visitors as well,” says Berezowski.
The location of the equipment was also a critical factor.

“There are some environmental factors that need to be considered. We’re looking for a millimetre wave quiet zone. Because the sensors are passive, we need to make sure there are no other sources of millimetre wave interfering,” says Dyk.

Dyk says with each project the goal is to ensure the system does not alter the throughput capacity of each facility.

“We look at how many people are going to come in and out at any given time and what the window is to get these people in and out,” says Dyk.
Similar systems were rolled out this year in Sears Calgary and Montreal distribution centres.

Over time, deterrence becomes a big part of the return on investment for these kinds of systems, says Dyk. “You’ve removed the ability for people to reliably remove articles upon exit, and depending on when they leave and on what shift and so on there’s a good chance they could be selected for screening so they just don’t do it.”

Before rolling the systems out, Sears made sure there was a solid communication plan in place to show employees the equipment was safe. “We set out a good communication plan to managers and we sold it to the associates,” says Berezowski. “The big thing for us is the safety piece.”

The Brijot units can detect wood, metal, any type of weapon, drugs, alcohol — anything that can impede the safety of the worker and the workplace.
“We communicated the safety aspect and that it’s safe to walk through,” says Berezowski.

“We also went to the union to make sure they were OK with the system.”

Once implemented, there was a direct reduction in inventory shrink at the Vaughan location. The ROI was 550 per cent in the first six months post installation.  This includes a 33 per cent reduction in reported incidents involving violence in the workplace and inventory loss. Berezowski had initially hoped for a 25 per cent ROI.

The system requires two people to do regular bag checks and somebody watching the screen. “It’s definitely paid for itself,” says Berezowski. “It took about a three-week period to get used to it and perfect the management of it.”

Sears is now looking at putting two whole body imaging systems in at catalogue facilities — one in Belleville, Ont., and one in Regina, Sask., in the coming year.