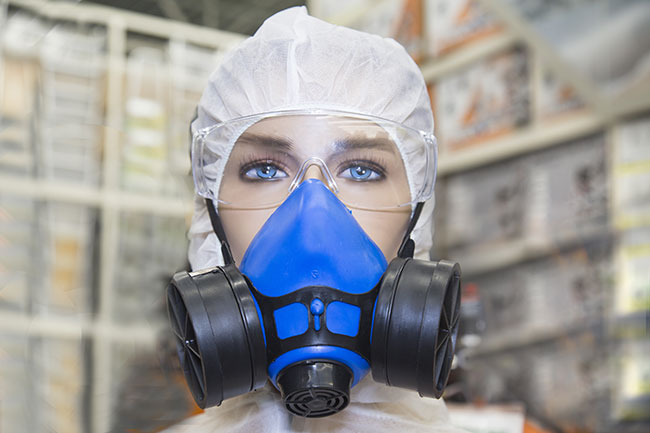 As the economic and health risks of the COVID-19 pandemic are predicted to persist into next year, there are growing reservations about society returning to normal.

The impacts of COVID-19, like the 2008 financial crisis and the 2001 September 11th attacks before, are changing global consciousness and reopening uncertainties about security, privacy and public health.

Unfortunately, like 9/11 and the 2001 anthrax attacks, the current COVID-19 pandemic reveals systemic infrastructural and security deficiencies that rendered countries like the United States powerless. This could have been avoided with better preparedness. However, preparedness requires maximum co-operation and transparency between government, researchers and industry.

As countries experience the ongoing economic and public health shocks caused by COVID-19, rogue actors seeking to take advantage of the pandemic may use bioweapons to similar effect.

Like the current pandemic, any biosecurity threat or epidemic could easily become a global concern. Pathogens do not recognize borders and will spread indiscriminately, ultimately disproportionately affecting poorer nations.

Globalization — which is being analyzed as a contributor to the spread of COVID-19 — could also help thwart the spread of man-made or naturally occurring diseases, provided multilateral co-operation remains intact.

The response has to be global because pandemics and terror attacks have persisting and grave effects, not tied specifically to a single state and its economy.

Governments must take a proactive stance against the growth and development of deadly pathogens (engineered or naturally occurring), which might require an overhaul of the socioeconomic and political relationships that govern health and our shared environments.

The most crucial response is intergovernmental collaboration and compliance with medical experts. This would involve the sharing of information and effective mitigation strategies against bioterrorism. The remarkable and unprecedented global unity today is demonstrated by scientists freely sharing information related to COVID-19 to speed up the development of a vaccine.

Governments and their collaborators must also stop the spread of disinformation to quell panic and alleviate the public’s fears. This includes maintaining public trust in experts which must be differentiated from popular and political opinions that have led to chemical poisoning.

This has also been exacerbated with ongoing distrust for WHO officials as false claims and pandering to China has led to failures in the initial response to COVID-19 including indecision within the scientific community.

Terrorist organizations will undoubtedly use the spread of bioweapons to create civil turmoil and instability, reinvigorating or inciting national contentions such as scarcity, ethnic tension or religious infighting. This applies to countries already destabilized by entrenched conflicts, which can rapidly metastatize through competition and inequality already present in developing countries.

Overcoming pandemics and terrorism will inevitably rely on national infrastructure such as employing the military, which the Canadian government has done to supplement medical resources. Deploying a nation’s armed forces has the potential to apply the vast resources, equipment and labour that an organized and skilled military maintains.

Countries like Taiwan and Singapore managed the pandemic by implementing protocols that served to protect their citizens. These included analytic technologies to screen and isolate persons suspected of or confirmed to be infected with COVID-19. In South Korea, over 20,000 people were tested daily to track and treat cases. Medical supplies were stockpiled and temporary hospital units were established to prevent scarcity and minimize black-marketeering.

However, medical equipment cannot be kept indefinitely and replenishment will likely require unconventional methods to fulfil the demand. Canadian universities have helped address the scarcities of medical equipment by employing 3D printers to produce masks and other supplies.

The Canadian government is also investing in novel detection and management technologies, which could be re-purposed to detect bioweapons. This also includes vaccine and antiviral development that can proactively work against future disease outbreaks.

The Canadian government has also increased funding for coronavirus-related projects.

Preventing the bioengineering, emergence, release and spread of pathogens will require aggressive strategies. These include implementing regulations against the mistreatment and harvesting of wild and domestic animals to prevent their mixing and the unintentional mixing of viruses and infectious diseases. Managing land reclamation and protecting habitats can prevent biodiversity loss and reduce human contact with pathogenic viruses.

Other technologies in the fight against bioterrorism or pandemics include heightened surveillance and tracking in the form of smartphones and drones. Deployable 3D isolation units repurposed as mobile laboratories could also quickly respond to bioweapons threat.

To guarantee safety, the public has to be willingly compliant with government policies. In Canada, closing the national border and enacting quarantine Laws mitigated the spread of COVID-19, but the public’s co-operation was essential to the public good.

Recommendations from health-care professionals and epidemiologists must be implemented at every stage, and directed by governments. The consequences of neglecting to act expeditiously are apparent in the United States, which has been marred by bureaucratic red tape, equipment scarcity and vacillating in leadership responses.

Lessons from previous pandemics can prepare us for both future inevitable global outbreaks and possible bioterrorist attacks.

Related
Police and governments may increasingly adopt surveillance technologies in response to coronavirus fears
Maintaining mental health at home and on the front line
VIDEO: Safety advice for employers as Canada reopens
A look at how provinces plan to emerge from the COVID-19 shutdown