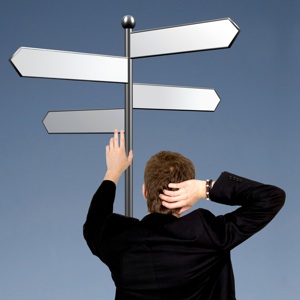 Security professionals are taking a more business-based approach to staffing and succession-planning, according to a panel of experts; one that values mentoring and management skills.

The change is overdue, according to Brian Robertson, president of
Diligent Security Training and Consulting Inc. Robertson spoke Tuesday
at a Canadian Security magazine panel discussion called “Succession
Planning: A Blueprint for Supervisors.” The event was held downtown
Toronto in conjunction with the Toronto chapter of ASIS and sponsored
by AFI International Group Ltd.

Sixteen years ago, before he started his consulting business, Robertson
was promoted from the position of security guard to security supervisor
— but not necessarily for his own merits. Robertson was the only guard
who wasn’t “a complete idiot,” according to the supervisor he was
replacing.

That type of thinking is still pervasive in the security industry, says
Robertson and has led to the widespread practice of the “Peter
Principle” — people rise to a position that’s slightly beyond their
capabilities and stay there for the bulk of their career.

Cadillac Fairview operates 45 property groups with 600 front line
security personnel — a 50/50 mix of in-house and contract. Staff
management and organization had been haphazard, says Hyde. Job
descriptions were inconsistent, titles had no meaning, and there was
duplication of roles and effort.

“We clearly had a catalyst for change,” says Hyde. The company changed
its approach to employee management by standardizing titles and job
functions, offering small pay increases where appropriate and
introducing a rigorous evaluation process. The company lost five out of
40 people through the process but “you have to be prepared for hard
decisions,” says Hyde.

“What we found was, when we rolled this out, it was the first time (staff) knew what was expected of them.”

The company also made sure there were in-house supervisors at every
location, which helped to unify operational issues between in-house and
contract front line staff.

“If they have a contract security patch or an in-house security patch,
it doesn’t make a jot of difference,” says Hyde. “They’re still
representing your company.”

Tim Pritchard, director at Commissionaires Training Academy, says his
company now espouses a philosophy of culture-building, which can be
difficult when you’re dealing with contract security personnel. The
key, he says, is to encourage senior personnel to act as mentors for
junior people.

“The purpose of getting them ready (to eventually become managers)
starts the day they come in the door,” he says. “By having this
support, our employees become engaged. We allow them to make decisions.”

Kevin Murphy, director of security operations at Woodbine Entertainment
Group, says his company went through dramatic changes when the Ontario
Government decided to get into the gaming business in the ”˜90s. With
the introduction of slot machines, Woodbine went from a seasonal
operation to 365 days a year, prompting a dramatic change in security
management.

“We had to find a different way of going about our business,” says
Murphy. The initial response was to hire retired police officers, “but
really that’s a short-term fit.” Eventually, Woodbine started hire
younger guards and instituted an evaluation program. The company also
had to address compensation issues; it wasn’t attracting or retaining
the right candidates until it increased security wages.

Like Commissionaires, Woodbine encouraged a culture of learning and
mentorship, says Murphy, and eventually appointed a training supervisor
to the security department. Woodbine eventually saw the value of this
approach, says Murphy, and hired training supervisors for multiple
departments. Woodbine has also seen its security staff retention
improve from 35 per cent turnover 20 years ago to five to seven per
cent today.

“Your measure of success is not measured on a spreadsheet, but how you manage people,” says Murphy.

The changes that are going on in the industry need to be reflected in
the colleges and institutions that prepare students for security
careers, says Robertson. Some colleges are offering advanced security
training like firearms safety, anti-terrorist tactics and bodyguarding
without addressing fundamentals like career advancement and preparation
for supervisory and management positions.

“Do we see supervisors as senior officers or junior managers?” says
Robertson. “Do we first train them on how to do these actual jobs? We
are building the industry’s future leaders. Are we using the right
blueprint?”

Patrick Ogilvie, CPP, chairman of the Toronto chapter, says ASIS is
doing its part to communicate with security students currently enrolled
in colleges. Earlier this year, the organization held a student night and encouraged students to mingle with
security professionals. Interest was initially low, says Ogilvie, but
35 students attended.

ASIS Toronto also plans to add a college portal to its website to help students find job placements in the industry.