Canadian Security magazine is pleased to announce that Sean Sportun, manager of security and loss prevention for Mac’s Convenience Stores in Central Canada, has been named as the winner of the Security Director of the Year award 2013, sponsored by Anixter Canada. 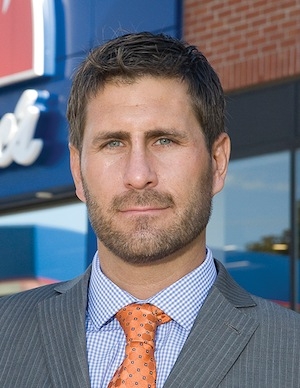 Sportun was selected by the Canadian Security Editorial Advisory Board as this year’s winner for his ability to help reduce crime in the stores he oversees and for key projects that have helped to strengthen relationships within the community.

Sportun has spearheaded several initiatives by working with the Crime Stoppers organization and with local police services. Through a “positive ticketing” campaign, local youth are rewarded with coupons that can be redeemed for free beverages in Mac’s stores. Sportun also worked with local artists in Toronto and Thunder Bay, allowing an outside wall on Mac’s stores to be used to create a community-focused mural.

Safety in the community is the ultimate goal, says Sportun. “Anything that we can do to make that happen, whether it be with social media or other initiatives that we may think of down the road, we will exhaust every industry best practice as it relates to security, to keep our employees and our customers safe.”

Sportun will receive the Security Director of the Year Award at a gala event in Toronto on Oct. 23. The full story on Sportun will be available in the Sept./Oct. issue of Canadian Security magazine.