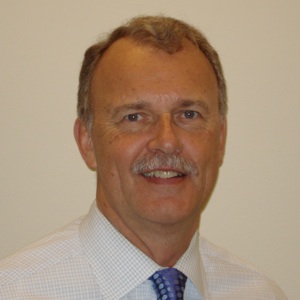 Ric Handren, Director of Protection Services for RBC has been selected as the 2009 Security Director of the Year.

Handren was chosen by the Canadian Security Editorial Advisory Board
during a meeting held June 15. Those who selected him cited his depth
of responsibility at RBC, Canada’s largest bank, and his strengths in
team building and endorsement of continuing education for his staff.

“Ric stands out; he is a true seasoned Director of Security of a
national and international organization and as such he is responsible
for a large portfolio and is highly visible in both the business
function in his organization and the security and law enforcement
community,” says Pat Bishop of Profile Investigation, a member a of the
Canadian Security editorial advisory board.

“He empowers his internal staff to handle their individual portfolios
and supports their input. He is certified as a CFE and CPP and he was
nominated by a CPP from within his organization.

Handren will be honoured this fall at the annual Security Director of
the Year dinner to be held in October. The fourth annual competition is
sponsored by Anixter Canada.

Bishop also noted that Handren, who has been in the position for six
years, promotes certification and continuing education and requires
that all of his direct reports must obtain a certification relating to
the security industry either before hire or within a certain period
after being hired.

“Ric walked into that position and with some good people really turned
the organization around,” said editorial advisory board member Paul
Carson, vice-president, Ontario and Atlantic Canada for Garda.

Handren was nominated for the award by Lina Tsakiris, Manager of
Physical Security with RBC Protection Services in Toronto. In her
nomination Tsakiris said: “Ric’s superior leadership skills are shown
in his department through his ability to inspire independent thought
and encourage autonomous action amongst his staff. Creative problem
solving is encouraged and he maintains an organizational resilience. He
asks for feedback and ideas from his subordinates and is an exceptional
kind, gentle, yet fearless leader.”

Tsakiris cited Handren’s role in the planning and assembly of a “solid
and cost efficient master security plan for RBC’s role in the 2010
Winter Olympic games and Torch Run.”

In their assessment of the nominations received, the judges considered
factors such as the candidate’s time in the role, number of employees,
specific project work, their link to corporate business plan and
certification.

Handren oversees the safety and security of all personnel, assets,
operations, facilities and non-electronic information worldwide for the
Royal Bank of Canada Financial Group. He also sits on the Enterprise
Crisis Management Team and provides guidance to the Business Continuity
Management Team. Upon taking the position, Handren was tasked with
planning, developing, implementing and managing the RBC Protection
Services integrated security program, which entails providing security
for over 70,000 employees and operations in 34 countries.

RBC’s total assets in 2006 were approximately $537 billion. This
includes over 1,500 branches in Canada and the U.S., Capital Markets
operations on five continents, insurance operations throughout North
America and wealth management operations worldwide.

Prior to joining RBC, Handren was a vice-president in Deloitte’s
Financial Advisory Services Group specializing in financial
investigations regarding fraud and theft within major national and
international corporations in Canada and the U.S. Prior to that he
spent more than 20 years with the Royal Canadian Mounted Police,
retiring as a commissioned officer, where he specialized in national
and international overt and covert financial investigations such as
fraud, money laundering, secret commissions and political corruption.