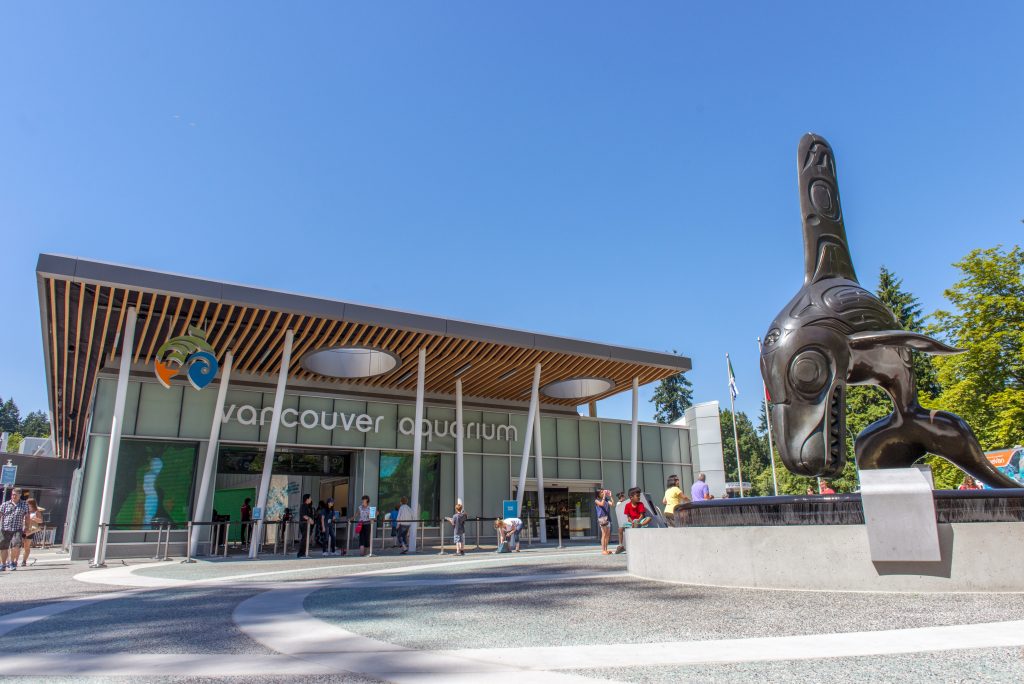 Robert Ivanovski moved to Vancouver from Macedonia in 2007. Looking for work, he responded to a community centre advertisement for security guard jobs and started working in a guard position at a public library in downtown Vancouver.

“One thing led to another…” says Ivanovski. He joined the Vancouver Aquarium as a guard in 2010 and there he began to see security more as a career than just a job. “After I got promoted to security supervisor, I started thinking, maybe there is more to this.”

He was appointed manager, security services in 2015 and his department has steadily made changes to the aquarium to improve its security profile. The facility’s CCTV system has grown from 40 cameras to almost 80, with plans to install more. In recent months, he began hosting lunch and learn sessions to engage all staff in security best practices. Canadian Security recently spoke to Ivanovski to find out more.

Canadian Security: What were some of your priorities when you took on a senior security position at the aquarium?

Robert Ivanovski: The first year was really a learning experience. The aquarium is all about sustainability and conservation. One of the first things I tried to do was to find ways in which we, as a security department, can contribute in that direction. We started taking better care of lighting management, and in that way we contributed to energy conservation. We got engaged in shoreline clean-ups, which was one of the first green initiatives that came from the aquarium. At the same time, I started improving the existing intrusion system and upgrading the CCTV — not just in the aquarium but in the other satellite facilities, like the Marine Mammal Rescue Centre, for example.

CS: Is there anything unique to security in a facility like an aquarium?

RI: I think we pretty much do everything other security [departments] do, with a few distinctions. For example, all our security guards are currently [certified] to First Aid Level 2 — half of us are Level 3 and by the end of next year, we are all going to be Level 3 certified. Different provinces have different certifications when it comes to first aid. Just to give you a comparison, we are just a degree lower than emergency medical responders. We attend dive emergencies, for example. We have a dive specialist. We also have volunteer divers. We have a very specific procedure when it comes to diving emergencies. We are first on the scene, we administer the initial treatment. We notify 911 and let them know it’s a diving emergency. We also have specific instructions to notify Vancouver General Hospital of an incoming patient with dive-related injuries, so they prepare the hyperbaric unit and they prepare everything they need for an injured diver. That way, we can save precious time.

We are trained in confined spaces. Next week, we are being certified in IDLH, which is immediately dangerous to life and health training. We need this training because our engineers work in a confined space every day. In case of an emergency, we are trained to do an extraction of an injured worker from a confined space… instead of waiting for the firefighters and ambulance to do that. We save time, and time in such emergencies is critical.

CS: Do you have to do anything outside the scope of the security department?

RI: On top of our regular security checks and patrols, we do animal checks during the afternoon and night shifts. All guards are trained to do these observations — we are looking for basically any unusual animal behaviour. If we see any abnormal behaviour, we notify the animal care staff and in the morning we provide them with the report of our observations. Usually in the report, we include if they were sleeping or not, because that may affect their behaviour during the day.

We also check the water levels. All that goes into the report at the end of the night. The [security] training for that is provided by the aquarium. Usually the animal care team will let us know if they notice something… “Just keep an eye on this animal.” And we take over after that.

CS: Tell us more about your latest security awareness programs.

RI: Everything started with the first security awareness week that I started in February. I wanted to educate the staff about the importance of security awareness. That was the main objective — how they can contribute to the overall security and safety in the facility. It was almost to shift the culture from being kind of shy or complacent to being an integral part of the overall security, where basically everyone is doing their fair share.

I focused on four areas: the importance of wearing an employee badge, the second was situational awareness (basically be aware of your surroundings), the third was be proactive and report any suspicious behaviour to security. The last one was don’t be complacent ­— complacency is the biggest enemy to safety and security.

From the awareness week came the security recognition program where we recognize employees who helped security and contributed to our organization’s safety and security. I sent emails with certificates to all the recipients explaining why they were recognized and to their managers and directors. At the end of the year, we are going to invite all employees who were recognized to a lunch and thank them for taking an active role.

CS: How has that program evolved?

RI: After that, I thought, let’s plan something bigger. And the emergency month came from that. I wanted to familiarize all the new employees who were coming on board in June to work for the summer to know our procedures and policies. The best way to do that was to organize an emergency awareness month. I basically covered four emergencies. For example, every week had a different team and different activities. The first week was medical emergencies. We did dive emergencies, a couple of first aid drills. We did lunch and learns where we did recognizing cardiac arrests and how to do CPR. Every day, I sent emails with the theme of the week. I invited guest speakers for some of these weeks to talk about specific topics. I also did a quiz, reiterating what the theme of the week is. All those who participated in the quiz were eligible to enter a draw at the end of the week and got lunch vouchers. Also, all the participants from the quizzes were qualified for the main prize at the end of the month.

The second week was earthquake awareness. I invited a guest speaker to give a speech on the importance of preparedness. The third week was deadly assailant week. I did three lunch and learns. The last week was fire safety awareness week. Again, I invited a guest speaker to talk about the importance of fire safety, and I booked fire extinguisher training. It went really, really well and I have lots of good feedback. I think this is going to be a yearly event.