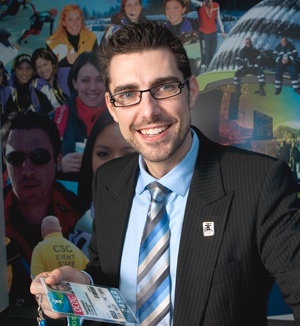 The investigation found that Contemporary Security Canada (CSC) offered to sell the service of providing security guards for the G8 and G20 Summits while it was not licenced to provide this service in Ontario. The company was later granted a licence under the PSISA on June 11, 2010.

The OPP investigation also found several violations by security guards employed by CSC at the G8 Summit in Huntsville.

As a result of the investigation, the OPP has charged CSC with the following offences, contrary to the PSISA:

In addition, the OPP has charged 12 additional persons including officials, employees and security guards of CSC with several offences under the PSISA. Offences include:

Those charged include Contemporary president Stephen Mirabile of Vancouver, B.C. with unlawfully offering to provide security services while not licenced; Vice-President Jane Greene, of Toronto,  director Damon Zumwalt as well as the company’s secretary and treasuer based in California. Todd Severson, who was project director of both the Vancouver Olympics and the G20/G8, was charged with not being an employee of a licensee who offered to provide security services while not licensed.

Lorraine Foster, Division Manager and Alexandre Houle, Compliance Manager, both of Vancouver, B.C. were also charged with being an employee and offering to provide security services while not licenced.

Contemporary Security Canada has been summonsed to appear in Provincial Offences Court in Ottawa on April 29, 2011.

The investigation is continuing.

OPP Inspector Dave Ross says the investigation began in June 2010 and was conducted by the Private Security Enforcement Unit that undertakes investigations and enforcement under the PSISA which regulates the industry in Ontario.

Contemporay Security Canada is licenced in British Columbia, but at the time it was awarded the contract for G8 and G20 by the RCMP it was not a licenced entity in Ontario with the ability to provide security guard services. That angered many in the industry who were already licensed to provide security guard service in Ontario. When it was chosen to provide services for G20/G8 it was suddenly faced with having to get all of its guards licensed, which caused a spike in applications to the province.

Gulsby says it became clear early on that the bidding process for G20/G8 was not going to be a fair process and that perhaps a particular company had already been pegged for the job.

“Literally within 10 minutes of looking at the RFP document I told my team not to waste their time — it was teed up for someone else. It didn’t provide nearly the detail I would expect for something of that nature; the turnaround time on the proposals was about a week. We asked for an extension and it was denied. At that point I said wouldn’t even bother. We could not produce a responsible proposal based on the information provided and the time allotted to do so,” says Gulsby.

In addition to G20/G8 Contemporary provided security screening services for VANOC for the 2010 Vancouver Winter Olympics held in February. That contract was awarded for the reported sum of $97 million, however the dollar value of the pedestrian screening for the Summits was not revealed. When asked by Canadian Security what the screening contract for the Summits was worth, Contemporary’s project director, Todd Severson said it was up to the RCMP to reveal that number.

“The process was outrageously flawed,” says McLeod. “This was the largest security contract to be awarded in Canadian history. I believe we as taxpayers and employers in this industry deserve to know how much it was and why it was awarded the way it was.”

In July, Ross McLeod, head of APSA, the association representing security guard companies in Ontario asked the Ombudsman of the province to look into the licensing process and price tag of the G20 and G8 security guard and pedestrian screening contract awarded to Contemporary Security Canada.

McLeod submitted the request to the office of André Marin on July 22. The complaint asked that the Ombudsman’s office look into the licencing process of Contemporary Security Canada and any of the out-of-province security guards that were employed by the company and licenced by the Ministry of Community Safety and Correctional Services in time for the Summits.