Gary Paulson is the new CEO of Commissionaires Victoria, the Islands and Yukon (CVIY). 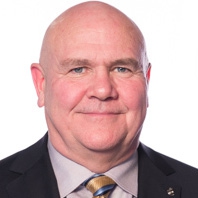 Paulson was previously the vice-president operations and harbour master for the Port of Prince Rupert. He succeeds John Dewar, who was the divisional CEO for the past four years.
Major General Ed Fitch, the chair of the CVIY board of governors welcomed Paulson to the Canadian Corps of Commissionaires. “His combined military, port security and private sector business experience will support our strategic goals and social mandate of providing meaningful employment to veterans of the Canadian Armed Forces and former members of the RCMP.”

Paulson holds an MBA degree from Royal Roads University where he specialized in executive management. He is also a graduate of the Canadian Forces Command and Staff College in Toronto.

Commenting on his new post, Paulson stated: “I’m pleased to lead CVIY in our mission to provide tailored security solutions to our clients, promote workforce professionalism, and maintain an environment of trust and value for our employees, our business partners and customers.”

He has more than 35 years of proven leadership and expertise in the marine industry, both as a naval officer and senior port executive. He joined the Royal Canadian Navy in 1975 and retired at the rank of Captain (N) in 2004. During his career with the RCN, he commanded Her Majesty’s Canadian Ships Huron, Calgary and Algonquin.

In 2006, Paulson joined the Prince Rupert Port Authority as vice-president operations and harbour master. During that time, he accomplished the launch of the Port’s state-of-the-art Security and Operations Centre and established the port’s Environmental Stewardship program in collaboration with the Coast Tsimshian First Nations. As part of the Port’s Executive team, Paulson led all commercial shipping, marine safety and port security and emergency planning operations and activities for the Port. During his tenure, Prince Rupert became the fastest-growing container port in North America.