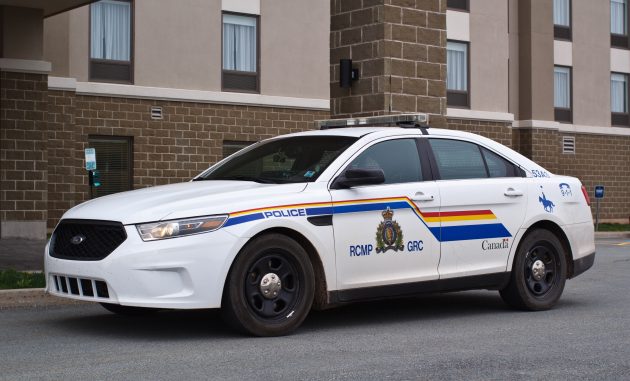 The first three RCMP officers who responded to the 2020 Nova Scotia mass shooting testified Monday they were initially doubtful the killer was in a marked RCMP vehicle, even though a dispatcher relayed that information from two 911 calls.

Const. Stuart Beselt, the team leader the night of April 18, 2020, told the inquiry that as the three were driving at top speed to the scene of the initial shootings in rural Portapique, N.S., they had to keep an open mind about what they were being told.

“We were open to the possibility of anything at that point in time,” he testified. “But were we specifically thinking that he had a mocked-up police car that was in every way exactly like a police car? No. It was surprising to us.”

“I think it would have been irresponsible of us to be closed-minded to the fact that it could only be an exact replica,” Patton told the inquiry. He said if the three officers had encountered the vehicle in the darkened enclave west of Truro, N.S., they probably would have hesitated to open fire on the suspect, making them easy targets for the gunman.

“If we would have crossed paths with him that night and came upon an identical, marked-up vehicle like ours, we would have treated it as the threat but it would have been difficult to take action on it, feeling like maybe it’s a co-worker that’s made it in there before us,” Patton testified.

“I strongly believe that we would have been injured.”

Beselt was more blunt: “We would have been shot … There’s no doubt he would have gotten the jump on us.”

As well, the inquiry heard that all three officers were concerned the description of the vehicle may have been misleading because exaggerated complaints to police are often made by people with mental illness.

Beselt and Patton offered their testimony along with Const. Adam Merchant as members of a witness panel, answering questions from inquiry lawyer Roger Burrill.

Their testimony marked the first time the inquiry, which began Feb. 22, has heard from anyone directly involved in the worst mass shooting in modern Canadian history.

Lawyers for some of the victims’ families have said they are worried the inquiry’s rules will limit their ability to directly question the officers and other witnesses. The inquiry’s three commissioners have said participating lawyers must ask permission before they can cross-examine witnesses, a rule that is unusual for public inquiries.

In previous statements, the three officers confirmed that within minutes of arriving in Portapique at 10:25 p.m. on April 18, 2020, they had donned body armour, armed themselves with semi-automatic carbines and quickly moved into the neighbourhood where a suspect was in the process of fatally shooting 13 people and setting fire to several homes.

The killer escaped in the replica police car within 20 minutes of the arrival of the three officers, who were joined by a fourth officer who stood guard at what they thought was the only entrance to the forested subdivision.

The gunman took a little-used dirt road to reach the main highway. He spent the night in his vehicle, which he parked behind a welding shop in Debert, N.S., about 24 kilometres away.

The next day, he resumed his rampage, killing another nine people in northern and central Nova Scotia before he was shot by an RCMP officer while attempting to refuel a stolen vehicle at a gas station north of Halifax.

This report by The Canadian Press was first published March 28, 2022.