Tom Manley has been appointed General Manager, Southern Alberta, of G4S. Tom will start in his new role on July 14th. 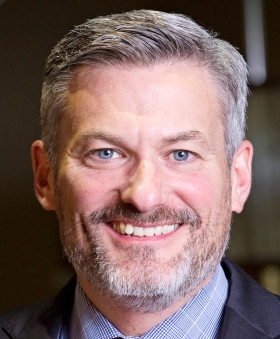 Tom is a highly-experienced business leader and security professional with a strong track record of success. Throughout his career, Tom has focused on developing clearly understood strategies and achievable business plans, and has always sought for ways to add compelling value to service offerings. He has successfully led teams both large and small, and has proven ability to develop and grow business relationships.

In his current role at G4S, Tom is fully accountable for the safety and well-being of all his employees as well as implementing and managing Health & Safety programs, including training, oversight and reporting. He is also responsible for financial management of the Calgary branch, and creating and implementing action plans to achieve branch financial goals. He holds full responsibility for all operations matters, such as meeting budgeted targets, business administration, industrial and labour relations, training, and customer service.

Previously, Tom was the Director of Operations and Business Development for the Canadian Corps of Commissionaires in Southern Alberta. He directed and managed the business operations and growth of a 1,550 strong security workforce in five regional offices with over 300 clients and $50 million in gross revenues. He worked closely with over 100 clients to develop and implement their security programs including developing security post orders and protocols. He also conceived of and developed the Alberta Security College, a wholly-owned business unit of the Commissionaires Southern Alberta- to address training needs and generate revenue.

Tom was an active member of the Calgary Police Service for 8 years. During this time, he was a member of the G8 Summit Logistics Planning Team, and performed investigations into multiple criminal activities, including fraud, theft, threats, stalking, assaults, drugs and drug trafficking, harassment, workplace violence, homicide, and assault with weapons. During this time, he received the Rob Vanderwiel Memorial Award for Leadership, and also served as a Police Driving Instructor and a Police Firearms Range Officer.

Tom also served in the Canadian Armed Forces for 13 years. A Strategic Planner and Operator, he was employed in progressively more challenging roles, before finally retiring at the rank of Lieutenant-Colonel. During his service, Tom developed successful strategic and operational plans for four overseas operations, and performed domestic and international close protection for highest-level senior military officers. Tom was a leadership instructor at the Army Battle School and Army Combat Training Centre, and received the Canadian Decoration, the Peacekeeping Medal, and two medals for overseas missions.