Milestone Systems held a Signing Ceremony with Asahi Net at the Danish Embassy in Tokyo on June 23. The gathering of media, security associations, distributors and market research analysts witnessed the signing of the agreement for Asahi Net to become an official Milestone Service Provider Partner. Asahi Net will build and supply a cloud solution based on Milestone XProtect Corporate VMS in collaboration with Milestone IT Infrastructure Partner PROMISE Technology, manufacturer of data storage servers designed for cloud services. 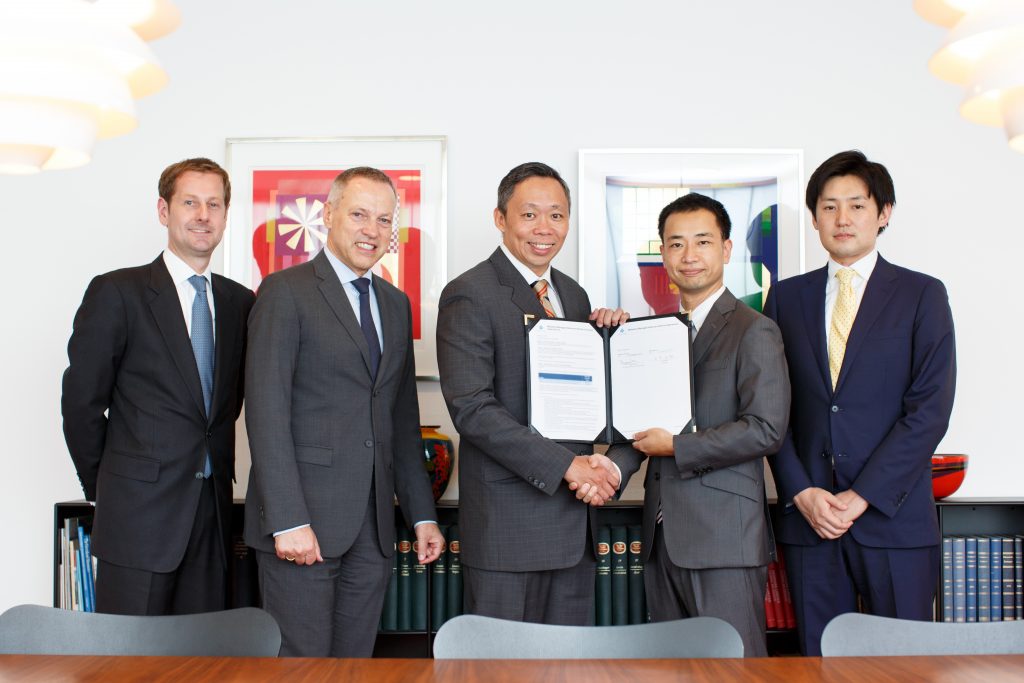 “Japan has one of the most advanced internet infrastructures in the world, and combined with Asahi Net’s long experience, deep expertise and extensive network, Milestone is confident we will build a cloud solution that will be attractive to even the most demanding Japanese customers. The Asahi Net cloud surveillance solution is based on our flagship software, XProtect Corporate. Besides the VMS, other critical components for success are network stability and bandwidth, which Asahi Net can deliver,” said Benjamin Low. “Milestone XProtect is running cloud solutions elsewhere in the world but this will be the first Milestone-based cloud solution in Japan. Both Milestone and Asahi Net understand that customization and thorough testing are necessary, and that is why the implementation and release of this cloud service is divided into several phases leading to the general launch next year.”

In this new partnership, PROMISE Technology is responsible for providing the surveillance cloud platform, as well as customizing the XProtect Corporate VMS according to Asahi Net’s requirements. Milestone engineers will be involved providing Custom Development services, as well.

Asahi Net will provide the cloud service (including VMS licenses), network, and camera options through Milestone distributors and resellers.