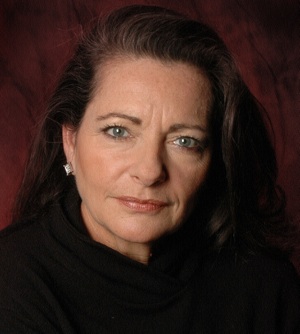 With the growth of retail organized crime in the Canadian marketplace, the types of security measures being employed by retailers is also growing, according to a new survey of medium and large retailers from PricewaterhouseCoopers (PwC) and Retail Council of Canada (RCC).

The survey, conducted by PwC and RCC between October 2007 and March 2008,
included responses from those in executive positions within loss
prevention and security in the retail industry. It found that there are
many types of criminal activity in retail stores, and respondents still
expect the most likely source of financial losses in the future will come
from traditional merchandise theft. The top two identified were
merchandise theft by customers (62 per cent) and merchandise theft by
employees (33 per cent).

Survey respondents indicate they are reducing their risk of losses by using the following internal control measures:
91 per cent perform pre-employment screening before hiring new staff
71 per cent rotate employee duties, where possible, in their stores
86 per cent avoid having employees work alone in their stores
100 per cent provide training and training materials to employees on store policies specifically related to theft prevention

“With a focus on the so-called traditional sources of theft, will
retailers be prepared to meet the upcoming challenges faced by emerging
technology threats? Only five per cent indicate that they expect
pin-pad tampering to be an issue in the future,” says Ian Booler, of
the performance and risk practice with PwC in Canada.

Respondents to the survey indicated using a wide variety of store
security and loss prevention measures to control store operations. A
growing number of retailers are using technology to help prevent theft
— 100 per cent of survey respondents use alarm systems and 90 per
cent use video surveillance, usually in addition to greeters and fitting
room attendants.

“We’re dealing increasingly with much more organized and sophisticated
criminal activity,” says Nighbor. “The best defence against fraud and
theft is by hiring and retaining good staff.”

“[Technological] options have become a cost effective measure to
monitor store activity — not only for criminal activity, but also for
monitoring internal theft and employee security,” says Booler.

The survey also shows a correlation between the growing use of video
surveillance and the increasing rate of prosecution. Retailers now have
the ability to provide law enforcement agencies with the evidence
required to appropriately prosecute offenders. Those caught stealing
can expect that Canadian retailers will take action. Eighty-five
per cent of respondents dismiss employee offenders with cause, 62 per
cent proceed with criminal charges against the employee and 80 per cent
pursue criminal charges against their customers.

While video surveillance is one thing, combining it with loss
prevention software to analyze for patterns of fraud is even more
effective.

“What you do is ideally”¦ combine the two, so when your software
identifies a pattern of fraud at the cash register, it can also
immediately bring up the associated video from those transactions,”
says Phil McDouall, Director of Retail Solutions
and Marketing for March Networks. “That’s a very powerful combination, because it saves
retailers millions of dollars; they can catch people doing things and
prove it; they can literally investigate ten times as many cases as
they could before.”

“It is clear from the survey results that retailers are backing-up
their policies with the appropriate actions to show the public and
their staff that such activity will not be tolerated,” says Diane
Brisebois, President and CEO of the RCC.

Retailers have always faced loss from criminal activity. The average
loss is 1.7 per cent over a year, according to the National Retail
Federation. “It’s not unusual to hear of individual stores that go as
high as 10 per cent, which, when you’re doing literally millions of
dollars worth of business, and you’re losing 10 per cent, is a big
number. A retailer using [theft prevention] tools will typically be
under one per cent,” says McDouall.

“Retailers are fortifying their control environment,” says Booler.
“However”¦ street gangs, technology based crime, and traditional theft
must be prioritized to ensure that losses are minimized and shrink
rates remain within the industry norms.”