On Oct. 6, Canadian Security hosted the 2022 Canadian Security Honours gala, a gathering that celebrated the accomplishments and contributions of those who have devoted themselves to the security industry. The event was supported by sponsors IDN Canada, Teledyne-FLIR and GardaWorld.

President and founding advisor of Riddell Risk Management, Bob Riddell opened the event with a keynote speech, “Opportunities, Obstacles, and Transformation for Partnerships Between Private Security and Public Emergency Services.”

Riddell acknowledged that in addition to the usual security threats, teams across the country “continue to navigate remaining uncharted waters of post-pandemic society.”

The many security officers who have demonstrated a dedication to preserving the safety of their communities have never failed to amaze him, he added.

Riddell used his keynote as an opportunity to comment on current circumstances like economic inflation and a lack of mental health resources as factors that affect public safety. Additionally, he advised that the prevention of crime should include all reasonable efforts to gather information and share it to improve analytical capacity. 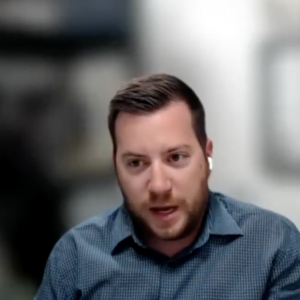 In the first round of questions, Sutton asked the panelists what they enjoyed most about their chosen fields.

For Klein, it boils down to two things — the first is emerging technology in the security industry, noting that he was at GSX 2022 in Atlanta, Ga., and he enjoyed seeing all the new elements incorporated into technologies that help security professionals in their day-to-day work. The second element is proactive intelligence in financial services. As insider threats have become a hot topic, these newer technologies help financial companies and their security teams, said Klein.

Charbon said he enjoys working with clients, customers and tenants as well as continuing to build his competencies as a security professional. Being in the security industry means that every day is different and brings with it a unique and rewarding challenge.

Anquist said his career in security is about having a mission and having a chance to make a real difference.

“For me there is no greater calling than that,” he said.

Sutton then invited the panel to discuss the benefits of becoming involved with security associations.

Anquist began his response by acknowledging that benefits look different for everyone. Personally, he has found that during career blocks, ASIS has enabled him to find people with whom he could have discussions on tools and best practices. Additionally, ASIS has been a great place to find mentors who have helped him to grow.

Charbon said that the collaboration and networking facilitated through ASIS provides the potential for career development, and retail security provides an abundance of partners. 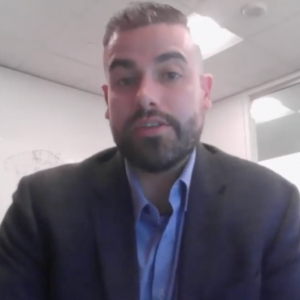 Klein, who currently serves as assistant regional vice-president of young professionals for ASIS, said that they have transitioned their approach to serving the security community. During the lockdowns brought by government measures to curb the spread of COVID-19, Klein found that virtual gatherings proved beneficial as they permitted young professionals to connect from all over the country.

As of late, the organization invited a LinkedIn guru to present insights for online networking, and they also invited a career coach to speak in order to help young professionals grow within the industry.

“We want people to walk away with some tangibles in their toolkits,” said Klein, later adding that watching people engage in-person after the lockdowns has also been a very positive experience at ASIS.

When it comes to collaboration with organizations like ASIS, Anquist noted that people can expect to get out what they put in. Being a part of ASIS is not merely about “checking a box.”

“The real benefit is to help others have a chance to replicate success,” said Anquist.

“You have to get involved if you want this industry to grow.”

It was then time for the winners of the 2022 CS Honours awards to take the stage, beginning with Erin Mann, manager of Latch Canada and recipient of the Emerging Leader Award.

Mann began her acceptance speech by thanking her closest family members as well as mentors and colleagues. 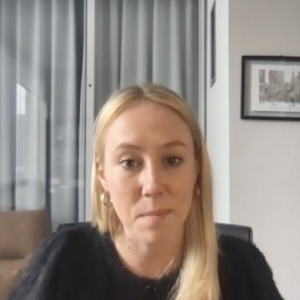 “When I entered security in 2016, I didn’t know anything about the industry and the people I’d be working with,” said Mann.

She also thanked the industry for giving her the gift of a network and community that have challenged her. She talked about receiving a warm welcome from Canadian security colleagues as well as quick introductions to new opportunities when she moved from Carmel, Ind., to Toronto three years ago.

She also thanked her network for their continued to support and for making her feel valued and supported.

Towards the end of her acceptance speech, Mann delivered a message for the younger generation of security professionals.

“When you get to where you are going, extend your hand behind you and help others to where they are going.”

Next up was Keith (Melo) Melo, the recipient of this year’s Community Leader Award.

Melo has served at George Brown College as professor and program coordinator in the school of emergency management for nearly 17 years. He has also taught police foundations, advance investigations enforcement, and 911 emergency services at Seneca College for 11 years. He is also manager of security & life safety at Cadillac Fairview. 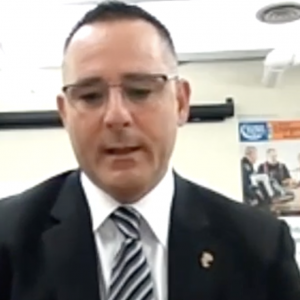 In his award acceptance, he highlighted the importance of being open to learning from other people.

“I always remember my grandfather and how he said, ‘Don’t be the smartest person in the circle.'”

Volunteering has continued to represent a large part of Melo’s life, who devotes his time outside of work to Public Safety Canada as a committee member and sits on three different working groups for Emergency Management Ontario.

“I believe that giving back to your community is a big deal,” said Melo, who began volunteering as a soccer coach at a very young age and later took on more roles to serve his community.

“For the young folks out there, definitely continue giving back to your community.”

“Thank you for this award. It is indeed humbling,” said LaLonde. “It gives me lots of opportunity for reflection and looking back on the last 40 years of professional life and what I have learned, what I have taken away.”

LaLonde most recently served as chief safety and risk officer at Simon Fraser University where he led a team of more than 100 security professionals focused on security, emergency planning, business continuity, environmental health and safety for a student body and faculty numbering 40,000. 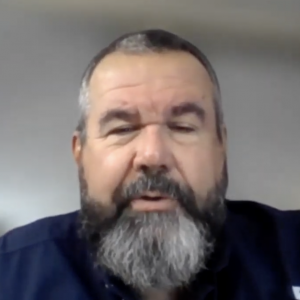 In the previous three decades, LaLonde enjoyed various roles in security risk management and public policy, which included serving as police faculty at the B.C. police academy at the University of the Fraser Valley. He also spent part of his career in risk consulting for the private sector and worked with the United Nations in the areas of police and prison capacity development, crime prevention, and regulatory oversight of the private security industry.

“When I look back on my career, it certainly has bounced around a little bit,” said LaLonde.

“It has been largely based on opportunities that have been presented. I have been very fortunate to receive and at the time smart enough to say ‘yes,’ to.”

LaLonde expressed gratitude for experiences in which he learned lessons he could apply to other areas of his professional life as well as opportunities to mentor others. In the years he taught criminology, LaLonde invited his students to accompany him to United Nations projects overseas in an effort to open their eyes to another criminal justice system in a very different context.

Over the years, LaLonde’s own mentors have advised him to never stop learning.

“I went back to graduate school in my late thirties. That’s probably professionally and personally one of the smartest things I have ever done,” he said.

As someone who has professed his commitment to lifelong learning, LaLonde said it’s about keeping a curious mind, and reading widely.

“Judge less. Ask more. Try to learn from others.”

Security Director of the Year

Sutton then introduced David Sulston, security director at Oxford Properties and winner of the 2022 Security Director of the Year Award.

He gave a heartfelt thanks to the people who nominated him, as well as the panel of judges.

“All of us have been through a really rough time over the last couple of years,” he said.

“That type of psychic hug is something we all need from time to time, so thank you very much.” 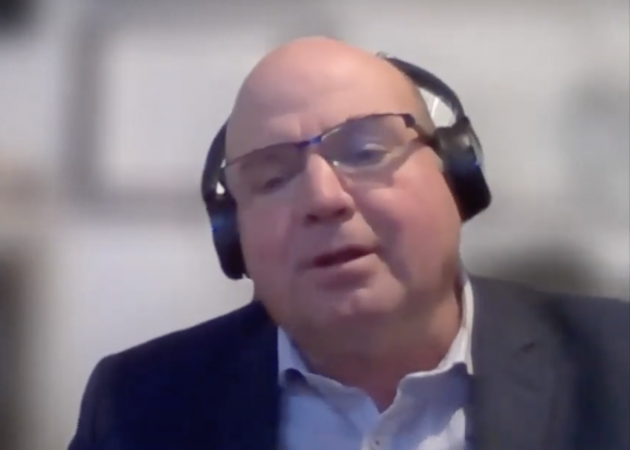 Sulston expressed that his career successes are built upon the people with whom he has surrounded himself and has had the pleasure of working with with over the years.

Before mentioning some names, Sulston also thanked all those whose names he could not mention in the time allotted.

He thanked Jim Clark, senior manager of cybersecurity at EY Canada. He also thanked Neil Mathews who forms part of his team at Oxford. Sulston also gave a “nod of the hat” to Bill Blair, former Toronto Chief of Police and former Public Safety Minister of Canada.

Before giving a final thanks to his family for supporting him as he led a career that required him to be away from home for extended periods, Suslton spoke about changes in the industry that he was pleased to see while visiting Atlanta, Ga. for GSX 2022.

“Years ago you’d see a conference of bald white guys, but what we are starting to see now is incredible, trailblazing women,” said Sulston, naming Susan Mancini, security manager at Edmonton City Centre, and Sherri Ireland, president at Security Exclusive as among those talented women.

“We’re starting to really see diversity within this field — we are effectively crowdsourcing where we go from here.”