APSA recognizes Security Guard and Supervisor of the Year 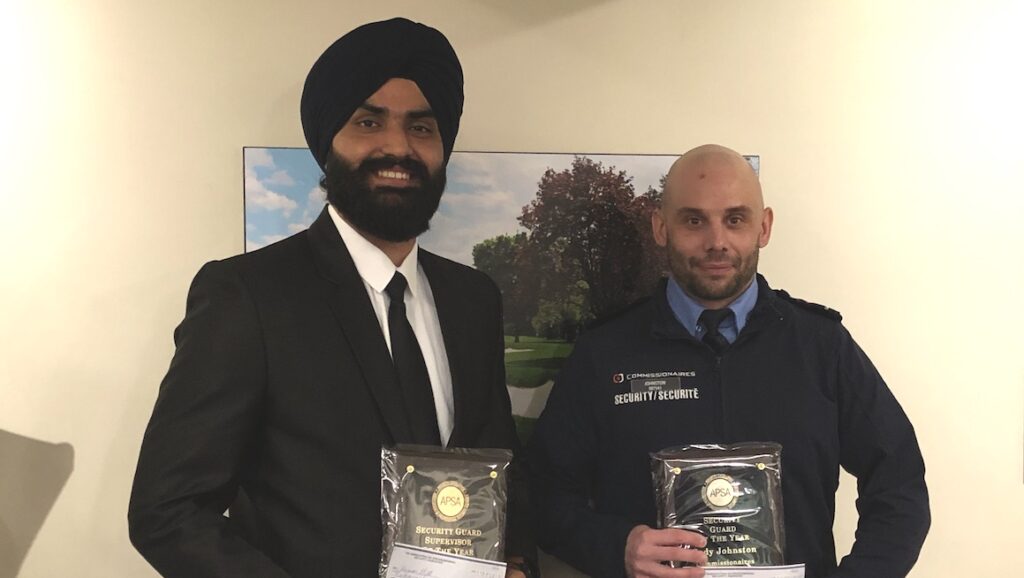 Supervisor of the Year, Kanwar Gill (left) and Security Guard of the Year Cody Johnston

The Association of Professional Security Agencies (APSA) Wednesday held its annual Security Guard of the Year and Supervisor of the Year awards in Toronto, recognizing two frontline professionals for diligence and dedication to their respective roles.

The award ceremony took place prior to an APSA board members’ meeting. “Security guards are the reason why we’re here,” said association president Grant Buhr, noting that guards are tasked not only with representing the company that employs them but also acting in the best interests of the clients they serve. APSA has “selected the best of the best this year,” he added. 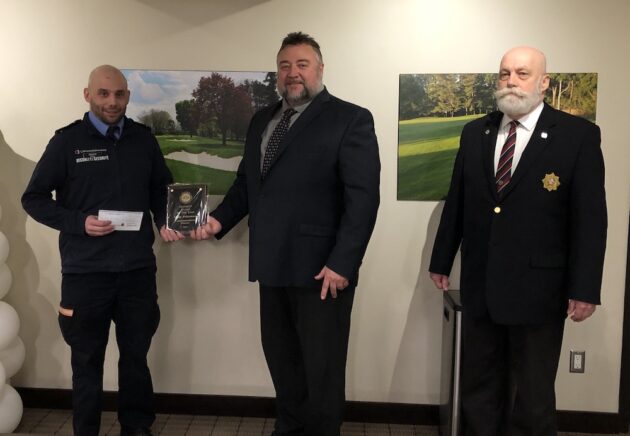 The 2022 Security Guard of the Year is Cody Johnston, who has been employed with Commissionaires Ottawa for the last seven years and currently serves as a dispatcher for the Military Police Unit. Johnston’s nomination stressed his dedication to the role and how effectively he has been able to carry it out. Johnston also demonstrated initiative by spearheading several projects including key management and documentation.

“He quickly became a known entity… and indispensable,” said Pete MacFarlane, manager of field operations, Commissionaires Ottawa, who introduced Johnston at the award presentation. “He does the full gamut.”

Upon acceptance, Johnston said the award was a “proud moment and great honour.” He offered special thanks to the Military Police he works with. “This makes all my efforts feel worthwhile.” 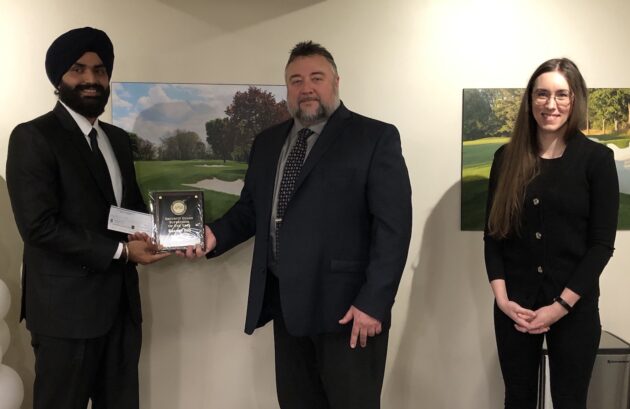 Supervisor of the Year was awarded to Kanwar Gill of GardaWorld, who is currently assigned to the Law Society of Ontario (LSO) in Toronto. Gill was recognized for carrying out a broad range of supervisor duties with care and distinction, along with his friendly and professional demeanor. He also demonstrated leadership of some above-and-beyond projects such as his contributions to a Safe Walk program and organizing the local community to help reduce neighborhood crime.

Gill “does a fantastic job,” said Valérie Jacob, employment care and engagement coordinator, GardaWorld. “Without him, the site would not be where it is right now.”

Gill thanked his parents, who were in attendance at the award presentation, as well as the clients he works with at the LSO. “The support has been great,” he said.