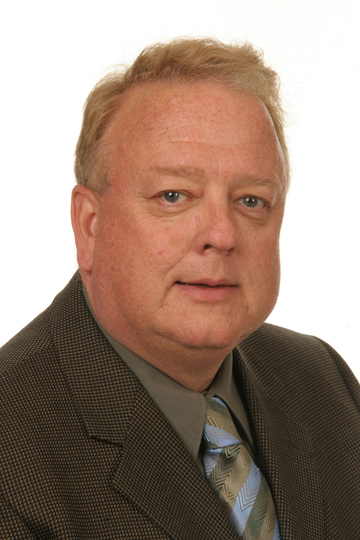 The Special Constable Service of Wilfrid Laurier University has been recognized by the International Association of Chiefs of Police with its Excellence in Technology Award for 2010.

The service was judged the best in the “Innovation in Information
Technology, small agency” category. Announcing the award, the
association said, “The Wilfrid Laurier University Special Constable
Service is among a very distinguished group of winners.”

“I think it’s a great honour for the university,” says Rod Curran,
services director. “It shows their commitment to making our campuses
safe, and we’ve come a long way in five years.”

Since 2005, the university — which includes campuses at Kitchener,
Waterloo and Brantford — has undertaken an overhaul of its security
system and introduced a wide range of new technologies — from CCTV and
a D-3 records management system to emergency poles and a Motorola radio
system.

In that time, the number of cameras on the university’s campuses has
increased from 10 to almost 325. The stationary and rotating cameras,
made by Pelco, are all digital and record up to five to six weeks. “So
we can go back in there if there is an incident and investigate quite
quickly and make a DVD for the police or us,” Curran says.

In the last five years the department has spent $840,000 on improvements to outside security — including the new
cameras, lighting, alarm systems and 26 blue light emergency poles —
cost about $500,000.

A new communications
centre located in Waterloo houses the dispatch centre, and it’s
from there that the CCTV cameras on the three campuses are monitored.
The most expensive item was a server room, which contains 10 Sunblade
servers that, Curran says, “now run the dispatch centre.” The centre,
equipped with more than 42 monitors, has a new panel ($65,000) that
ensures a backup power supply and a new communications console
($20,000).

A new Motorola radio system in the communications centre means officers
can talk to each other, no matter which campus they are on. And because
the portable radios have GPS, dispatchers can at any time locate every
officer and car; in fact, by looking at a large map in the centre, they
can follow them around the campus.

“It’s a good way to use technology,” Curran says. “Years ago we had an
officer fall on an icy step, and we didn’t know where he was. So now
with the GPS, we can tell exactly where they are.”

Curran, who was an officer with Guelph, Ont. police for 31 years, was
hired in 2005; administrators had just conducted a review of security
and wanted to put in place a community-policing model. Extra staff was
not an option, so he and his fellow constables planned to rely on a
combination of technology and physical patrol to fulfill the school’s
security needs.

“So I had to sell senior administration on new technology, which they
bought into,” says Curran, who had a background in community policing.

“It was right after Dawson College and other incidents like Virginia
Tech, so we really wanted to make sure we were moving forward in
relation to security.”

In alternate years, the security service runs unannounced, live
emergency plan tests, often in collaboration with the Waterloo Regional
police. On a morning in November 2008, for example, their dispatchers
noticed on CCTV a man with a sawed-off shotgun getting out of a van.

“They were able with the camera to focus in on the licence plate of the
vehicle, record the licence plate and let the police know — description
of the suspect, what residence he went into with the shotgun, that
shots were fired,” Curran says.

The department has also installed a new records management system,
replacing one that was 30 years old. The new $65,000-system has a
computer-aided dispatch component, Curran says, which has completely
simplified dispatch procedure. When a call comes in, a template is
immediately presented to the dispatcher, who simply fills in the blanks
and dispatches an officer. Later, the officer simply calls up the
report, completes it and, with the press of a button, sends it off to
the Waterloo Regional Police.

Curran even introduced a new records management system to manage lost
property. “We put almost $50,000 worth of products through our lost and
found area at the university every year,” he says.

“We’re totally paperless now because of technology,” he adds. “It’s a
DVR-run system, all digital. Technology is the way to go.”

Curran will receive the award May 24 at a ceremony in Atlanta.