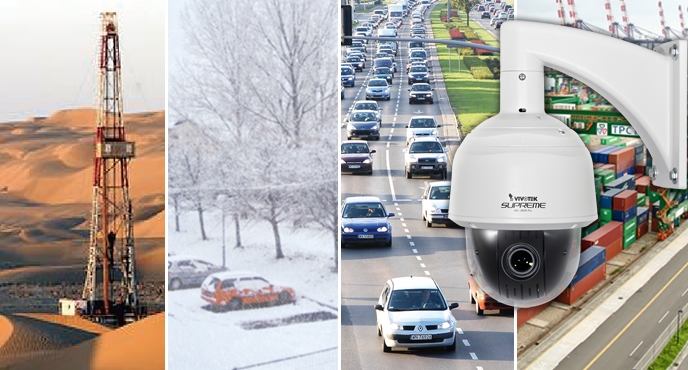 Similar to the new-generation speed dome network camera SD8363E previously launched by VIVOTEK, SD8314E/24E/16E/26E are designed with several advanced features, including the IP66- and NEMA 4X-rated housing, a sophisticated pan/tilt mechanism, and a built-in auto tracking feature. The IP66- and NEMA 4X-rated housing protects the camera body against rain, dust, and corrosion over an extended temperature range of between -40°C to 55°C, and ensures stable operation under extreme weather conditions and hazardous environments. With the pan/tilt mechanism and the built-in auto tracking feature, the SD8314E/24E/16E/26E cameras are able to rapidly and accurately capture movement from a 360-degree pan and 220-degree tilt angles. In addition, this new line of cameras instantaneously reacts to suspicious moving objects over extended areas.

Moreover, the WDR Pro Technology was further designed to secure image quality under light-challenging circumstances, subsequently ensuring unparalleled visibility in high contrast environments. Similar to alternative VIVOTEK true day/night cameras, the SD8314E/24E/16E/26E cameras are equipped with removable IR-cut filters to maintain clear images around the clock. Because the SD8314E/24E/16E/26E cameras demonstrate exceptional reliability and precision, they are especially ideal for large indoor or outdoor areas, such as airports, ports, and stadiums.