Universal Protection Service has launched a new autonomous robot Machine as a Service offering for customers, adding mobile machines as another tool for situational awareness. The agreement with Knightscope will make the company’s K5 and K3 robot models available customers in California this year. A national rollout is set for 2017. 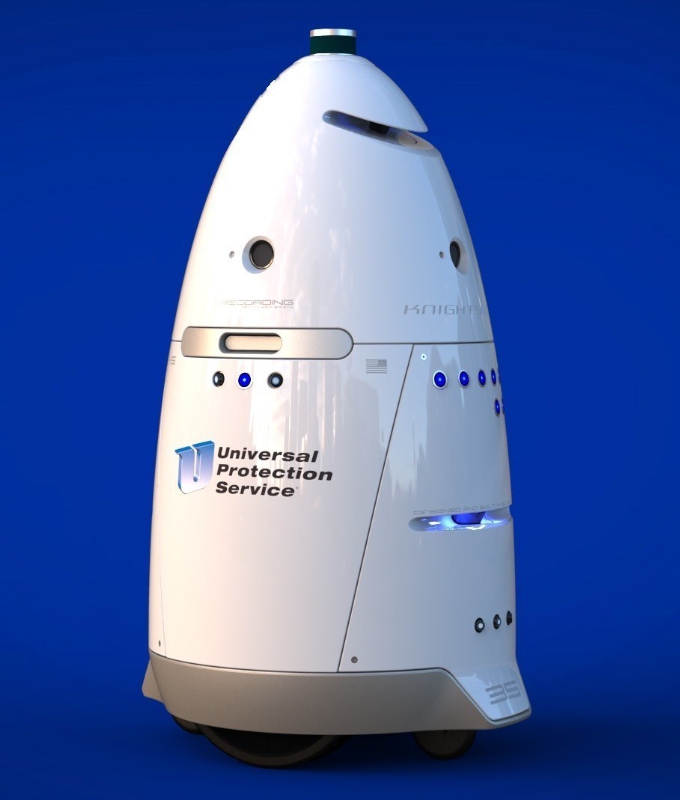 “We are excited about the continued evolution of integrating various technology applications into uniformed security operations,” said Ty Richmond, Universal Services of America President, Systems and Technology. “Customers require situational awareness to make informed decisions and autonomous mobile machines and devices provide another level of intelligence to accomplish that task.”

Both Knightscope models offer a physical presence as a crime deterrent, real-time video and audio, and a human interface. The K5 model is designed for outdoor applications such as parking lots and campuses, while the K3 is designed for indoor security at such facilities as office towers, warehouses, distribution centers and data centers.

Universal’s autonomous robot Machine as a Service offering is all inclusive for customers. In addition, Universal security officers will be trained and certified to ensure seamless integration into existing security programs.

William Santana Li, Chairman and Chief Executive Officer, Knightscope, Inc., said, “The world is going to change more in the next five years than the last 50 years combined. Knightscope has built one of the most important technologies coming out of Silicon Valley and we are proud to be working in concert with Universal by integrating with existing security programs while providing new revolutionary capabilities to clients.”