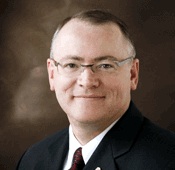 Fred J. Rayner as been appointed as president and a  director of United Protection Services Inc.

This position  was previously held by Don Allan who is moving up to the
position  of executive vice-president of UPSG with senior
responsibilities for  corporate growth and development and the
Company’s involvement in the  Vancouver 2010 Winter Olympics.

Both appointments took effect  Sept. 1, 2009, as part of the company’s
strategic management and  planning process for the future.   Rayner has
been a member of the board of directors of UPSG since  2006, serving on
both the audit and compensation committees and as  chair of the
governance committee. He will continue to serve as a  director on the
board but will relinquish his position as chair of the  governance
committee.

Following graduation from the University of Alberta, Rayner  enjoyed a
distinguished 26-year career with the Edmonton Police  Services, rising
through the ranks to the position of Chief of Police.  In 2003 he was
invested into the Order of Merit of the Police Forces  by the Governor
General of Canada in recognition of exemplary  leadership and
service.   More recently, Rayner has provided international
consulting  services to larger private companies and government
agencies,  including an extensive lecture series at the International
Institute  for management development ”“ IMD Switzerland, the Rotman
School of  Business ”“ Toronto and the University of Alberta.

He currently Co- Chairs the Mayor’s Task Force on Community Safety for
the City of  Edmonton and is a regular guest on CTV’s popular “Alberta
Primetime”  television show discussing current topics relating to crime
and safety.

Chairman and CEO of UPSG, Sig Jorstad states that “Fred’s
strong  background in the private and government sectors coupled with
his  previous involvement with United provides a solid foundation
to  maximize the synergies between the board and management of United
to  capitalize on new opportunities for growth emerging from the
current  environment.

Rayner will lead and manage the day-to-day  operations, focusing on customer service and driving organic growth.