Two Commissionaires from Commissionaires Kingston Division received Professionalism Awards from the 8 Wing/Canadian Forces Base Trenton, for their quick actions to avoid an incident at Trenton Royal Canadian Air Force Base. 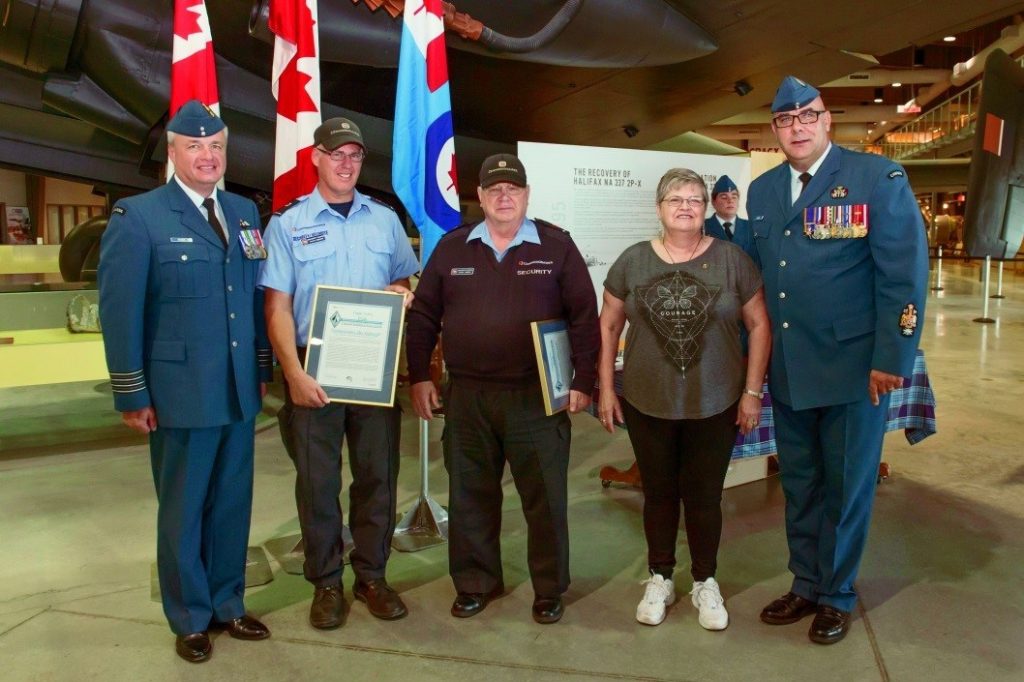 At the award presentation are (left to right): Colonel Colin Keiver

Commissionaires Alan McDonald and Art Burke received Royal Canadian Air Force Flight Safety Professionalism Awards for their actions in spotting a panel that was hanging loose on a CC-150 Polaris Airbus A-310, a multi-purpose, twin engine, long-range jet aircraft as it was taxiing.

“We are extremely proud of the responsiveness of our two airfield security Commissionaires at the CFB Trenton Air Force Base,” said Mike Voith, CEO Commissionaires Kingston Division. “Their attentiveness averted a potentially serious incident that may have harmed personnel and/or damaged the aircraft. Receiving the Flight Safety Professionalism Award is a special recognition of their diligence and watchfulness. We’re very honoured to have their work recognized.”

The Royal Canadian Air Force Professionalism Award recognizes acts that reflect a superior professional attitude that either reduced the severity of or averted an aircraft accident or serious incident.