Trudeau remains in isolation despite wife recovering from COVID-19 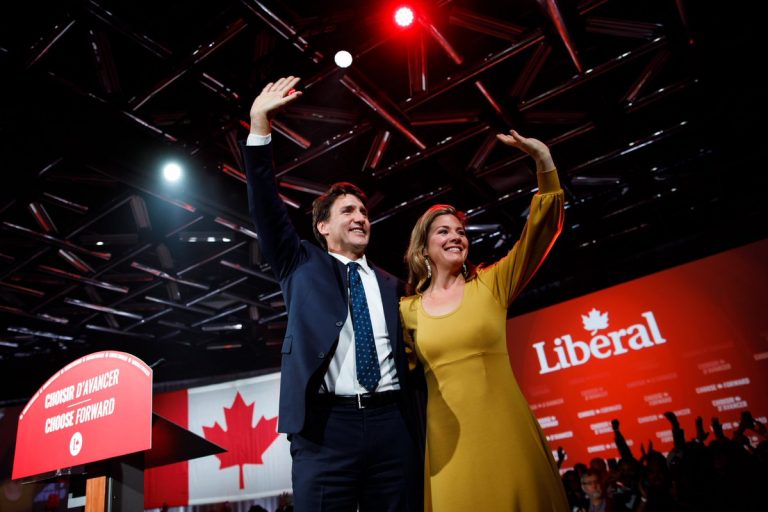 OTTAWA – Prime Minister Justin Trudeausays he will remain in isolation at his home for almost two more weeks even though his wife recently announced she has recovered from COVID-19.

Trudeau says the couple took steps to remain apart, but staying at home for another two weeks is prudent because he was sharing a roof with someone who was ill.

“I have to continue in isolation in order to be sure that we’re following all the protocols and the recommendations by Health Canada,” he said at his daily briefing to the nation in front of Rideau Cottage.

Sophie Gregoire-Trudeau issued a thank you to Canadians for their support Saturday in a Facebook video announcing she had been given the “all-clear” from both her doctor and Ottawa Public Health.

“I have a clear bill of health by medical professionals,” she said.

Gregoire-Trudeau tested positive on March 13 after returning from a trip to England.

Trudeau says his wife has now taken their three kids to the prime minister’s cottage residence in Quebec while he remains at their Ottawa home.

Trudeau was the first major world leader to go into isolation because of COVID-19, and his role as both the head of a G7 nation and the only parent at home able to care for the couple’s three children garnered him headlines around the world.

He has shown no symptoms himself and neither have their kids, Xavier, 12, Ella-Grace, 11 and Hadrien, 6.

Over the last two weeks, Trudeau has overseen the launch of more than $100 billion in aid for Canadian families and businesses in an unprecedented nationwide economic slowdown prompted by public health demands that Canadians stay home to slow the spread of the novel coronavirus.

On Sunday, Trudeau appeared to be turning the government’s attention more specifically to the most vulnerable in Canada, designating $7.5 million for Kids Help Phone and $9 million for United Way Canada to assist seniors.

He said more aid for Canada’s charitable sector is coming but also urges those Canadians who can to donate to charities or offer to volunteer right now.

Canada’s chief public health officer Dr. Theresa Tam said Sunday the most up to date national numbers show 5,866 positive cases of COVID-19, and 63 deaths. She said about three per cent of Canadians who have been tested for the illness actually have it, but warned not to get complacent because the test results lag behind the actual spread of the illness.

Tam said she is cautiously optimistic about signs in British Columbia that the spread of the disease has slowed, but said the next seven days will be critical for getting a true understanding of what kind of impact social distancing is having on Canada’s case load.

This report by The Canadian Press was first published March 29, 2020.