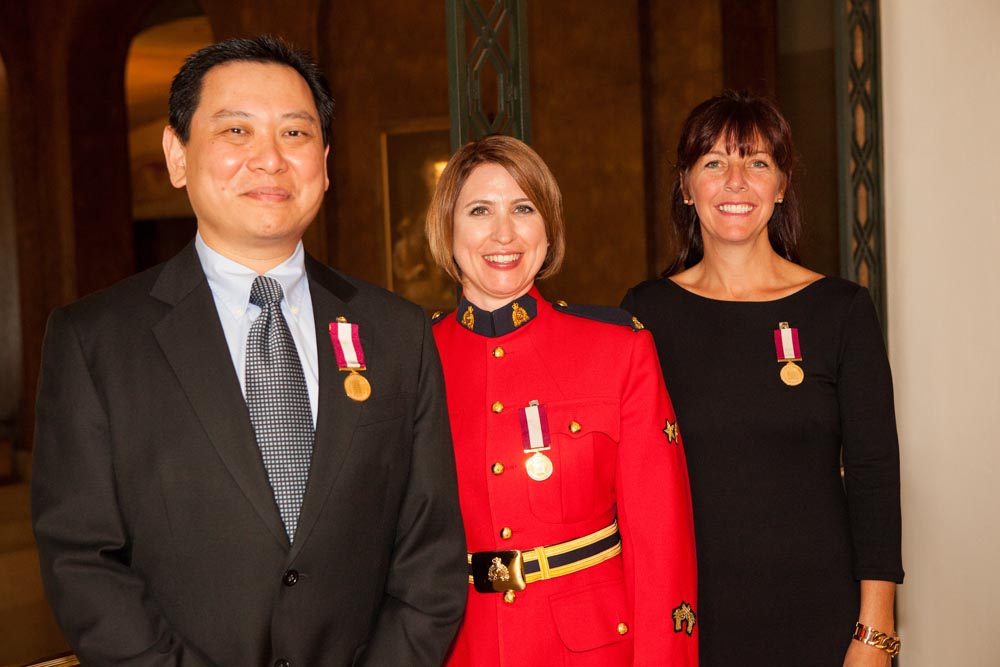 Special Agent John Liau of the United States Secret Service, Corporal Suzanne Krumbhols of the Royal Canadian Mounted Police (RCMP) and Detective Sergeant Johanne Grenier of the Montreal Police Service will be presented with this prestigious award during this evening’s awards ceremony at the 110th annual conference of the Canadian Association of Chiefs of Police in Québec City.

“Canadian financial institutions take the protection and security of their employees and customers very seriously,” said William J. Crate, Director of Security and Intelligence, Canadian Bankers Association. “In order to prevent, detect and respond to financial crime, banks in Canada depend on their longstanding relationship with law enforcement agencies and police officers across the country. We are proud to celebrate and commend the achievements of the three police officers receiving this significant award.”

Through superior coordination and real time communication, Special Agent Liau and Corporal Krumbhols were able to identify the criminal mastermind of this complex fraud ring. Thanks to the innovative thinking and advanced investigative skills of these officers, the leader and his six co-conspirators were brought to justice.

Detective Sergeant Johanne Grenier – Montreal Police
Detective Sergeant Johanne Grenier was the lead investigator on “Project Fausseté.” This case focused on an organized crime group that was masquerading online as a trusted Canadian bank to steal victims’ financial information. Email fraud, also known as “phishing”, occurs when criminals attempt to steal victims’ personal information. Pretending to be from a legitimate company or bank, criminals will send numerous emails to victims requesting them to “verify” their personal information.

Not shying away from this complex task, Detective Sergeant Grenier established her leadership in helping uncover and arrest the phishing ring leader and his five accomplices. Detective Sergeant Johanne Grenier is applauded for her creative skill in monitoring and identifying the numerous phishing culprits in this investigation.