There can be only one security association (yeah, right) 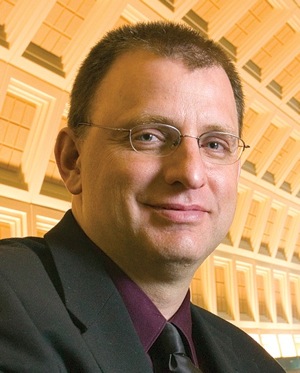 This reminds me of a character from the 1986 movie “Highlander.” The
villain in the movie, The Kurgan, was one of a group of immortals who
ran around hunting for other immortals. Whenever two of these immortals
came together, a tremendous battle would ensure where the loser would
have their head cut off. In the final battle with the hero, The Kurgan
kept repeating, “There can be only one.” This refers to the last
immortal left standing, who would be given a mysterious power, allowing
that person to rule the entire world. By the way, The Kurgan lost his
head and the prize.

While I certainly don’t think that Gene is the bad guy, it is very
disappointing to read that he thinks that CSIS should be the only voice
of the Canadian security industry. Other organizations have tried to
stake a claim in this area and they have failed.

The simple matter is that the security industry in Canada is not going
to be represented by one single voice. The industry is simply too
diverse, too broad, too large and too geographically dispersed for any
one organization to adequately represent everyone. And quite frankly,
for anyone to make that claim strikes me as being highly arrogant.
There are plenty of security, investigations and life safety
organizations across this country. A whole alphabet soup of groups
exist — some representing a number of constituents across a broad
spectrum of sectors while other organizations are single issue
entities. These range from CANASA, SPIE, HTCIA, NESP, CFAA, ASIS
International Canada, the aforementioned CSIS and many others.

They represent senior security management practitioners, burglar and
fire alarm installers, guard companies, trainers and educators, IT
security, investigators, locksmiths, consultants, and sector specific
groups including oil and gas, commercial properties, the technology
sector, banking and finance as well as others. These groups
collectively represent tens of thousands, if not hundreds of thousands,
of constituents. Is Gene really in the position to state that CSIS,
with a few hundred members across this entire country, is the sole
organization to represent the entire security industry? I don’t think
so.

In this era of partnership and co-operation where the private and
public sectors are working together as well as the various private
sector organizations reaching out to one another to work together, the
mentality that one organization can be the voice is so old school that,
quite frankly, it is laughable.

One such partnership initiative was led by CANASA. They brought
together representatives from a number of security organizations late
in 2009 with the intent of developing working relationships. To
executive director JF Champagne’s credit, he got the ball rolling.
Several meetings have been held to date. I can tell you as regional
vice-president for ASIS International in Canada, I entirely agree with
JF’s initiative. The Calgary/Southern Alberta chapter of ASIS
International, SPIE and HTCIA have already signed one memorandum of
understanding with CANASA on the planning and development for the 5th
annual Tri-Lateral Security Conference to be held May 12 and 13. This
Security Canada Alberta event has come about because professionals from
four separate organizations across this country believed that we were
better off working together than against one another.

Believe me, when someone decides that only they can be the voice, they
are implicitly stating that their needs come ahead of everyone else.
There is every reason to believe that by working together, we can
collectively achieve far more than apart. This nonsensical infighting
has to stop. Our organizations need to spend less energy on this issue
and more effort on actually representing our constituents’ needs. This
way, everyone wins and we can actually show those various groups whose
attention we are trying to attract that we are actually mature enough
as an industry to set aside our minor differences to be taken
seriously.