The Canadian Corps of Commissionaires has prided itself in being early adopters of new security technologies. Most recently, Commissionaires Northern Alberta Division, headquartered in Edmonton, began operating unmanned air vehicles aka drones for surveillance work on client properties. Although this is a relatively new security platform, Commissionaires view it as the sign of things to come. 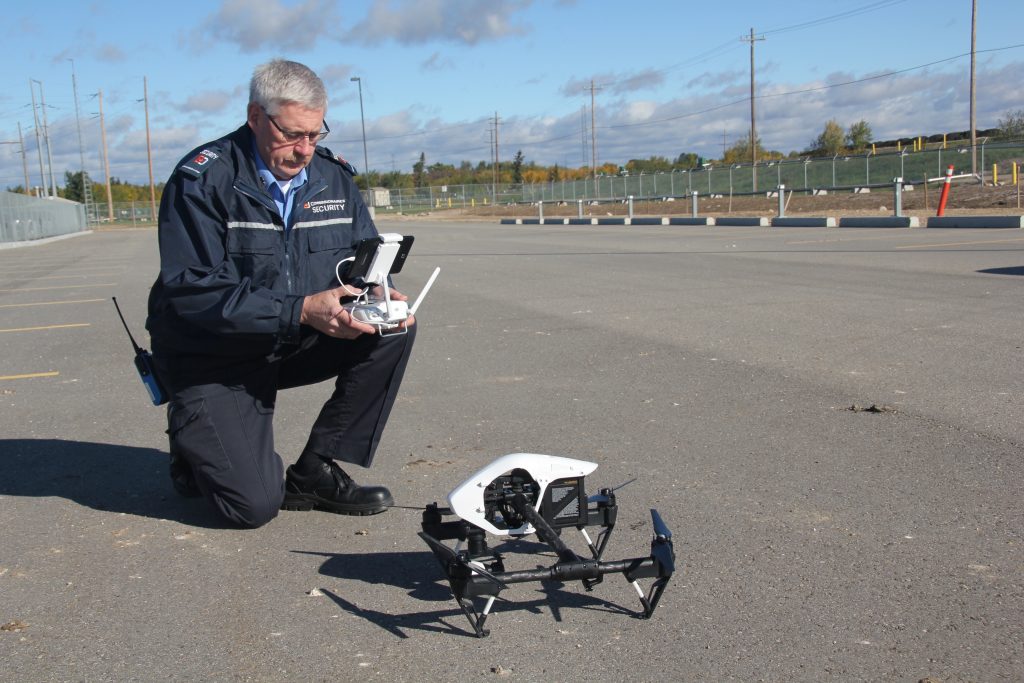 The cost of reliable surveillance drones is decreasing, allowing for the acquisition of platforms that are stable, robust and capable of excellent video and photographs.  Unfortunately, regulations surrounding the commercial use of drones prohibit security providers from simply operating as amateur hobbyists would. For this reason Commissionaires Northern Alberta Division is pursuing a dual track. In addition to operating client-owned drones, they are acquiring their own for research and development as well as training purposes.

As with dark screen remote video surveillance, which Commissionaires pioneered 15 years ago, drones are just another tool for security personnel. They enhance a security force’s ability to see beyond the Mark One eyeball, in much the same way static cameras do.  Current restrictions in Canada prohibit or restrict the use of drones at night or beyond the visual range of the operator. Commissionaires Northern Alberta deploys drones to surveille specific areas and then take appropriate action on the ground if warranted.
Commissionaires foresee the use of drones not only on large static sites, but by mobile patrols and as value added to clients with initial and subsequent security surveys.  Eventually they plan to remotely launch pre-programmed drones on client sites from their central operations centre, with operators monitoring the live feed. For now however it is visual line of site for starters.