Strike on the frontline 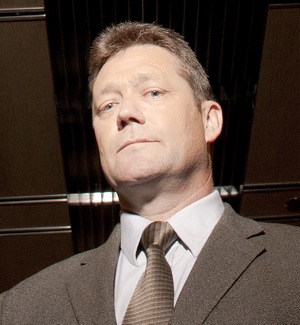 Peter Kavanagh had been on the job with global mining giant Vale Inco as its director of emergency management and security about a year when he faced one of the biggest challenges of his career.

The former submarine captain and marine counter terror expert had managed a lot of crisis situations in his career but a violent, year-long strike with steelworkers wasn’t something he had tackled before.

On July 13, 2009 more than 3,000 United Steelworkers from Locals 6500 and 6200 representing production and maintenance employees in Sudbury and Port Colborne, Ont. went on strike at Vale Inco.

And while Kavanagh had met with his security partners, AFI International based out of Milton, Ont., six months prior to the strike, he says he was one of the few at Vale Inco who had a feeling it was going to be a long, hard fight. In the end, the strike would become a multi-million dollar security operation.

“In the past, the union won. It’s as simple as that — the company always caved,” says Kavanagh. “They thought two-to-three weeks. Boy were they wrong.”

But the will of the company was just as steadfast as that of the miners.

Vale decided it could afford to operate through a strike and that decision significantly changed the dynamics of how the action played out.

At the peak of the strike there were 200 AFI personnel in Sudbury. Kavanagh also ramped up his own in-house team of protection services officers from 57 to 110.

It was a massive departure from what security looked like prior to the strike as Inco had not made security a priority prior to the work stoppage.

The challenge was to protect over 20 locations, some of them over 100 km away from Sudbury.

“I personally thought the strike would last a year and it did. Many others were talking months. Strikes in the past were only weeks (the longest one being nine months). I thought a year because I knew Vale was not the old Inco and they would not approach things in the same way,” he says.

Massive plan adjustments were necessary throughout the strike because originally Vale Inco had not planned to operate the mines while workers were striking.

“Everyone in Canada assumed we would not operate during the strike — it had never happened in the past,” Kavanagh says.

However, months into the strike the company decided to proceed with operations. This decision multiplied the security challenges 100 fold, Kavanagh says.

“We had to move people, assets and product across numerous picket lines daily. The decision to continue to operate the mine inflamed striking workers.”

Kavanagh’s portfolio at Vale includes establishing a corporate-wide emergency management plan and the maintenance and audit of all security functions in the eight countries in which Vale Inco operates. But in 2009-2010 his biggest challenge was the situation in Sudbury — typically considered the least of his concerns in a global operation.

He says the contingency planning for the strike took about a year and included engaging a third party security service and doing threat risk assessments.

“We did the threat risk assessments about three months prior to the strike start date,” he says.

But all the planning in the world would not have prepared Kavanagh, Vale Inco management or the town of Sudbury for what was about to transpire.

“There were times when management was having a hard time understanding some of the things that could happen and did happen on picket lines. On one occasion we put AFI directly in front of them to explain what had happened in recent labour disruptions at other companies, why they had developed tactics as they had (access teams escorting vehicles across picket lines, evidence gathering requirements etc.) and the advice turned out to be a very accurate prediction,” says Kavanagh.

Once that trust was gained, AFI was consulted regularly for comment on what tactics Vale Inco might see as the strike unfolded.

“It really helped in our strike management and tactical planning,” says Kavanagh.

Jim Rovers, vice-president of crisis and disaster response at AFI International headed up the strike operation for AFI. He says it became a battle of hearts and minds — one the union was determined to win.

“Union leader Leo Gerard realized he had an international stage to show just how strong the union could be,” says Rovers. “As companies globalize, there is more at stake for the unions too — if you look at the Steelworkers, how do they get a guy or girl to sign a union card if they get bowled over by a multi-national? You have to be able to show a big union can fight a big company.”

The year-long strike, which ended July 8, 2010, would test the will of all involved.

“I’ve been at this 20 years and it was by far the most challenging project I’ve worked on,” says Rovers.
He says his most trying day was in February of last year when there were picketers showing up in balaclavas, slashing tires and people were being assaulted.

“Out of the 3,000 people on strike 2,950 were just good hard working union folks and the other 50 were what the union calls activists. We knew if we could manage to diffuse those 50 the other 2,950 would be easy to manage,” he says.


They soon realized local police were not going to step in to address the violence or other tactics happening on the picket lines.

When called into question in court, police said they were more concerned about officer safety.

The duration of the strike was one factor that made it unique, the other, Rovers says, is that most had forgotten just how confrontational and ugly a strike can be.

“It was old school, and once management they got their head around the fact it was not going to be a love-in it went pretty well.”

Rovers and the AFI team met with Kavanagh about six months prior to the strike.

“We worked hard very hard behind the scenes to get an emergency service agreement in place and we had a series of meetings and discussions about what it would look like and we cemented exactly we were going to do for them about a month out,” says Rovers.

The week before the strike deadline AFI got the notice to move forward and 48 hours prior to the strike they started moving people to the sites in Sudbury.

The strike started with just 14 people from AFI and it ballooned to more than 200.

It went from care and maintenance mode — meaning the mine was shut down with some managers coming and going — to a plan to process raw material into finished goods and a plan to go into partial production, then full production.
“Then they decided they had every intent to run business full tilt regardless of what the union threw at us,” says Rovers.

When they went back into production they had people crossing the picket line and that caused problems.

As Vale decided to change its plan of action in terms of production, that caused a change in plan on the frontlines of the strike for Kavanagh and AFI. “A lot of those additional phases unfolded along the way and weren’t originally laid out as concrete steps.”

“Given the size of the company Vale is and how they make decisions we made sure we put our seasoned project coordinator on the ground, knowing it was going to get larger,” says Rovers.

The AFI project coordinator and supervisor stayed for the duration of the project for the full year in the command centre AFI set up. Most of the other AFI security personnel spent one month on, one month off in Sudbury.

When violence escalated on the picket lines Vale Inco management was reluctant to react back. They were concerned about what would it do to their image, the brand.

“Certainly there were a number of meetings I attended where we had to tell them, ‘Guys, you’re getting eaten alive, here’s what you need to do.’ They really struggled with that.”

The advice from AFI was to bolster the numbers as it was apparent the violence was going to get worse, but once the bubble burst calm and order would be restored.

“The message we gave to Vale was that until people felt safe and secure they weren’t going to want to come to work — it’s going to be tough to operate your mine and we’re going to have to go through some rough days to get there,” he says.

However, when the AFI numbers increased, the union did push back.

“The response was, ‘Are you guys trying to pick a fight?’ Imagine that you’re walking a tight rope — you’re trying to manage a client and you’re managing the pickets too,” says Rovers.

“We needed to establish control and ground rules at the picket line and eventually we got to where we needed to be,” says Rovers.

Even the City of Sudbury tried to curtail what Vale and AFI were doing.

“Because of the violence on the picket lines Vale had started housing people on the premises more and more. The City said they were in violation of city bylaws, however Vale was able to point out that union was in violation of several city bylaws including open fires, burning of tires, blocking of roads, building encampments, the list went on,” says Rovers.

In the end, getting court injunctions against certain activities proved to be the ultimate way to curtail the violence.

“You can’t get your private security to push picketers out of the way and you can’t rely on police. The only real tool you have is your legal strategy,” says Kavanagh.