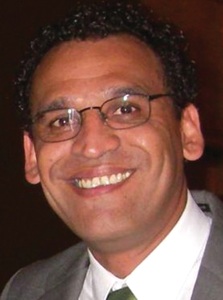 Like many warehousing and distribution service operations, having hundreds of employees and dozens of visitors passing through your facilities each day means that security measures to ensure the safety of employees and the sanctity of the inventory must be accurate, efficient and considerate of personal privacy. For Best Buy Canada Ltd., which operates two distribution service centers to serve the entire country, security screening also needs to be timely and provide expedient shift changes.

Traditional operating procedures in place at the retailer’s eastern and western Distribution and Service Centers (DSC’s) required employees to
form a queue and pass through a metal detector for screening. Second to
that process, alarms from the metal detector were supplemented with a
visual inspection and hand wanding. This intrusive and time-consuming
process created a 20-plus minute wait to exit the warehouse floor.
Keeping employees longer than necessary affected their morale and their
attitude toward the company. Frustration over missed buses and delays
in getting to daycare to pick up their children, or resentment over
physical searches were very real side effects of a 20-year-old
screening process.

To address this issue, Best Buy Canada Ltd.’s loss prevention staff
decided to investigate technologies that would streamline the screening
process and enhance the level of safety and security for its employees
and visitors.

Although familiar with available screening technologies from a combined
20 years in retail loss prevention, hospitality, air services and
executive protection, the security staff at Best Buy Canada Ltd. knew
they needed to select an innovative technology that would mitigate wait
times and address employee concerns while maintaining the same level of
accuracy in the screening process. Security staffers also knew that
making the right technology choice could give them the opportunity to
dramatically increase efficiencies in their current security screening
process.

With numerous technologies coming onto the market to fill the gap left
by metal detectors, Best Buy Canada Ltd. learned of a technology that
used passive millimeter wave screening to detect small, non-metal
objects, ideal for high-risk items in the consumer electronic
retailer’s inventory. The system also offered high throughput, an
efficient detection rate and increased privacy, lessening the
intrusiveness of the screening process for the employee.

“Best Buy Canada Ltd. needed a solution that could detect not only
small items but also the capability to detect plastics and other
materials,” says Cynthia Johnson, key accounts manager for Brijot, the
company that provided this new system. “Today’s consumer electronic
devices present quite a challenge for loss prevention practitioners
because of their size and make up.”

Best Buy Canada Ltd. undertook a 60-day trial in March 2007, at its
1.5-million-square-foot eastern facility to test the Brijot system.

The beta test measured three important factors: the speed with which
Best Buy Canada Ltd. could safely screen its employees; the detection
capabilities of the system; and the ease of use in training.

Used in lieu of the metal detectors, the whole-body imaging technology
cut the time it took to screen the 600 employees during their three
shift changes and breaks as well as handling visitors by more than
half. From a loss prevention perspective, with the new system and the
existing Standard Operating Procedures (SOPs), unexplained losses
declined, resulting in higher levels of engagement and improved morale
at the DSC.

The passive millimeter wave technology provided the necessary added
layer of security, detecting objects that were missed by metal
detectors, such as plastics, ceramics, composites, gels and liquids.

Based on the success of the trial and on highly valuable and critical
feedback from employees who championed and positively responded to the
pilot, Best Buy Canada Ltd. implemented Brijot’s imaging technology in
June 2007. Four units went into the eastern DSC in Brampton, Ont.
and two units were introduced to the Western DSC in Langley, British
Columbia.

The units were positioned at the exits of the DSC’s, allowing employees
to exit through two lanes at the same time, while trained security
personnel viewed the images on a nearby screen. The process involves
employees walking toward the unit’s camera, turning on a count to five
with their arms raised at a 90-degree angle, and then proceeding ahead.
If a suspicious object is detected, screeners can see the location of
the object on an image of the body, which is projected on the
monitoring screen that hosts the Brijot graphical user interface.
Screeners can then request that the employee or visitor identify the
item for further scrutiny.

“Maintaining and even increasing the level of personal privacy was
imperative to Best Buy Canada Ltd.,” Johnson says. “Any new system
implemented for the employee screening process needed to be equally or
less invasive than metal detectors.”

Best Buy Canada Ltd. was able to derive that benefit from using
Brijot’s passive millimeter wave technology. Since the image doesn’t
rely on identification, just detection, the resolution can be kept low
and thus presents no detail of anatomical parts. What screeners see can
be described as a silhouette of the human form that represents the
naturally emitted energy of the human body. Detections are identifiable
when objects blocking the human energy are evident. Hidden objects
appear as anomalies against the white silhouette but not the physical
details of the person.

Of course, with any new technology, employees were curious about the
system’s capabilities and its claims to privacy. Associates were
initially allowed to view themselves being scanned as a means of
ensuring that their privacy was protected. The workers also provided
feedback during the beta testing, helping them to buy into the new
process. Feedback was highly favourable, with most of it centering on
time savings and improved privacy.

On the training side, Best Buy Canada Ltd. and Brijot provided
one-on-one training for security personnel, who are responsible not
only for using this system, but for other guard safety and security
duties as well. Best Buy Canada Ltd. employs a contract guard service
in its facilities, so ease of use and straightforward training were
critical to the implementation of a new screening system.

“It doesn’t take long to learn how to screen,” noted Johnson. “Brijot
and Best Buy Canada Ltd. provided the training on-site using their own
machines, so it was a seamless process.”

Part of the training process included updating operational procedures
to accommodate the integration of the existing access control, alarm
system, and CCTV technology at the Best Buy Canada Ltd. facilities.
Brijot provided the software upgrades so the components could easily be
integrated with existing technology. For Best Buy Canada Ltd., ease of
integration lends itself to leading and innovating in the industry,
while choosing the right technology that empowers employees and reduces
loss.

Brendan Alexander is the Director of Loss Prevention for Best Buy
Canada Ltd. He has 27 years of experience in loss prevention with
retail, hospitality, air services and executive protection firms.