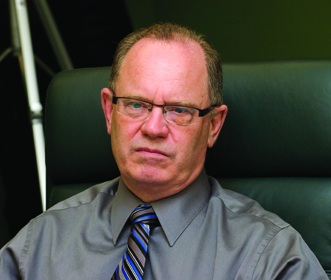 In less than four weeks, Drive Test centres across Ontario will start providing testing for security guards and private investigators. But if they fail, they won’t know what they got wrong or by how much they failed the test.

After five years, the Ministry of Community Safety and Correctional
Services in Ontario finally released the last of the 13 regulations to
be implemented for the Private Security and Investigative Services Act,
formerly known as Bill 159.

On Feb. 25, the Private Security Investigative Services Branch said the
mandatory training and testing requirement will come into force April
15.

That means all new security guard licence applicants will have to
complete a 40-hour training course and write and pass a test in order
to obtain a licence. The security guard course must consist of at least
40 in-class hours, and must include certification in Emergency Level
First Aid and two hours of in-class training in Use of Force theory as
a minimum requirement for everyone who pursues guard training. The Ministry has yet to issue Use of Force specialized certification requirements for those equipped to work with handcuffs and batons.

The private investigator course must consist of at least 50
in-class hours.

The training can be provided by public universities, community
colleges, private career colleges, a licensed security agency, or
in-house security department interested in providing training. Those
providing training must register with the Ministry and electronically
provide the Ministry with a list of all students who have completed
their course.

However, the Ministry only issued a memo to licensed agencies and registered businesses on March 5, indicating they had 10 days — until March 15 to complete and submit a Training Entity Identification form.

The Ministry memo indicated that once training providers had identified themselves to the Private Security and Investigative Services Branch office, they would be given a user account and password to log onto the ministry database and upload the names of students who have successfully completed the basic training. At that time, the Ministry will give the training body completion numbers for distribution to each student.

Students must use their training completion number to register for the Ministry test.

Once the training is confirmed, the candidate will have to write the
test — a 60-question, 75-minute multiple-choice test that will be
administered at Drive Test locations across Ontario — the same
storefront locations where residents of Ontario take their driver’s
licence test. The fee is $60 and the test will only be available in
English and French.

There is no limit on the number of times a person can rewrite the test.
The province isn’t saying what the pass mark is and won’t tell those
who take the test where they made mistakes.

That isn’t the case in British Columbia where those who fail the test
are told, in a broad sense, what areas they need to better focus their
training.

“In B.C., you know what the pass mark is and what mark you got. You’re
also told where your strengths and weaknesses are in a particular
domain area of questions,” says Brian Robertson, president of Diligent
Security Training & Consulting based in Toronto. “In Ontario, they
are saying they are trying to maintain the integrity of the test by not
divulging what the questions are to those who take the test.”

Robertson is also the author of the Security Guard Exam Prep Guide, due out at the end of April, published by Emond Montgomery.

Upon completion of the training and testing, the application for a
licence will be processed at the Ministry. If successful in testing,
training and criminal record background check the licence will be
issued.

Currently, those licensed guards or private investigators   whose
annual licence renewal date comes up before July 16 will get a year’s
grace period and won’t have to pass the test until next spring.

Licensed guards whose annual renewal date comes up after July 15 will
have to write the test and pass it to get their licences processed.

If you apply for a license between now and April 15, but the PSISB does
not get to your application and issue you a license before April 15,
and you have not completed training and passed the test, the PSISB will
cancel your application and send it back to you. You will have to
re-submit it once you have completed training and passed the test.

To help outline the implications of all the changes, Ted Carroll, president of Policing & Security Management Services, provided an
overview of the training and testing requirements recently released by
the Ministry at the monthly meeting of ASIS Toronto on March 17.

Carroll talked about how this latest regulation will affect both in-house and contract security personnel and their employers.
He says any inconvenience to the industry will be short-term.

“The Ministry had been under criticism for not implementing quickly
enough,” says Carroll. “There has been some advanced notice it was
coming so it shouldn’t be a total surprise. It will create a bit of
flux for some, but it will really be a situation that occurs one time
only. In the future, anyone hiring a security person will ask them to
provide a licence and it will mean they were properly trained and
tested and won’t create a burden on the employer.”

Patrick Ogilvie, chair of ASIS Toronto, says the industry has expressed
concerns about the impact of the training and testing requirement on an
organization’s bottom line during the transition period, which will
occur for about a year-and-a-half.

“What we’re hearing from the industry is a concern around the impact of
overtime if there is a shortage of security workers who haven’t been
able to adequately fulfill the needs of the Ministry. Ultimately, it
comes down to issues of commerce.”

With respect to the issue of the unknown pass mark, Ogilvie is less concerned but admits it is an issue for some.

“Some people feel it is important and others do not. As a security
professional there is a base knowledge required so regardless if the
pass mark is 50 or 90 per cent it should be fulfilled by practitioners
working in the industry,” he says.

Exemptions from writing the test may occur if an individual is from
another province, which already has mandatory training, and the person
is relocating to Ontario.

“Ontario will process those people without them having to go through the training and testing,” says Carroll.

In Alberta, where similar legislation for the private security industry
has recently been overhauled, the Security Services and Investigators
Act is taking 12 months to phase in changes to the Act and will
grandfather licensing. With use of force, anyone who carries a baton
will be required to take a 40-hour use of force course.