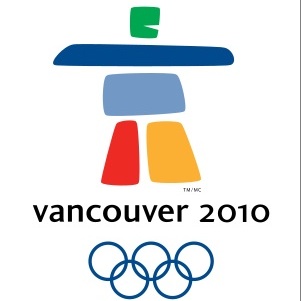 The security budget for the 2010 Winter Games and Paralympic Winter Games in Vancouver has ballooned to $900 million, more than five times the original estimate, but experts say the original $175 million budget did not come close to taking into consideration the full scope of the event.

The revised security budget and cost-sharing agreement was released
Feb. 19 and includes a $137-million contingency budget. The bulk of the
funds are going to the Department of Defence, Transport Canada, RCMP
and Canadian Security Intelligence Service.

Under the provisions of the new financing arrangement, the Government
of British Columbia will pay the remaining portion of its $87.5 million
commitment by March 31, 2009, and increase its commitment for the joint
staging of the Olympic Games by an extra $165 million through an
increased share of joint federal-provincial major infrastructure costs
over the next three years.

By consequence of these agreements, British Columbia’s contributions
are equivalent to $252.5 million of the cost of securing the 2010
Winter Games. The federal government will pay the remaining $647.5
million, and assume the remaining costs and any additional unforeseen
costs in the development and delivery of security operations for the
Games.

"As hosts of the 2010 Winter Games, we are committed to providing a
safe and secure environment for athletes, visitors and Canadians," said
Peter Van Loan, Minister of Public Safety in a statement. "The
Government of Canada and its partners have a comprehensive approach to
security planning, and we are on track to host a secure Games."

"Our objective is to deliver a safe and secure Games, so that what
people remember is the excitement of the competition and the
celebration – and not any questions of security," said Van
Loan.

Despite the significant increase over the original security budget of $175 million, experts say it’s not a surprise.

“Any security professional would not be surprised at the number, given the software and hardware needed and the manpower and integration of services that will be required,” said Gene McLean of McLean Security Advisory & Associates Inc., who is also a member of AFI International’s board of directors, based in Toronto.

McLean, who consulted with officials on the 1994 Lillehammer Olympics in Norway, is also the former CSO for Telus and a former RCMP officer, says the security budgets for Olympics in Turin, Italy and Athens, Greece were in excess of $1.4 billion.

“I think $175 million was a very limited view of what the budget would look like,” said McLean, pointing out that since Vancouver is a port city and because it sits on the border with the U.S. there will be additional measures taken to secure crossing points during the Games.

As the Winter Olympics will be a world class event and demand a heightened level of security, the budget is not out of line, says Terry Hoffman of Hoffman & Company Security Management Consultants.

"Inaccurate estimates and cost overruns have been part of the Olympic history for decades," said Hoffman. "The B.C. security consortium will be dealing with insufficient infrastructure, manpower, overtime requirements while installing the most up-to-date security and readiness technology."

"Consider the events of 911 and its continued effect this one event has had on North America’s safety security perception. We are vulnerable to the unknown at any time," said Hoffman.

Concerns about terrorism will be at the top of the list, says McLean, noting that even the mention of a terror threat could throw security operations into overdrive.

"Should Osama Bin Laden speak from the cave and merely mention the 2010 Olympics in Vancouver this would have a major impact on evaluating the ‘risk’, which could very well heighten the security level, which would draw upon additional personnel, more stringent processes and all of this will increase the dollar cost."

The allocation of funds will be as follows:

*  $491.9 million to the Royal Canadian Mounted Police (Integrated
Security Unit) to lead, develop and deliver the integrated security
plan for the 2010 Games. The RCMP will provide security for athletes,
coaches, officials and all other participants in the Games. It is expected that this portion of the budget will trickle down to the private security industry for systems and guard services.

* $212 million to the Department of National Defence to provide
unique military skills to support the RCMP in securing the Games.

* $25 million to Transport Canada for a contribution to NAV Canada
for enhanced air navigation services along the Sea-to-Sky corridor, and
to ensure the safe and secure movement of aircraft during the Games.

* $8.8 million to Transport Canada to perform inspection and
enforcement activities on transportation systems during the Games.

* $11 million to the Canadian Security Intelligence Service to
provide intelligence support related to threats to the national
security of Canada, including the 2010 Games.

* $9.8 million to Industry Canada to provide effective,
interference-free broadband for radio-communication networks and
wireless devices used by the security agencies during the Games.

* $1.2 million to Citizenship and Immigration Canada for security
screening measures associated with the Games accreditation process. The
accreditation card will serve as both temporary resident visa and
security access card for Games venues.

* $900,000 to the Public Health Agency of Canada for public health
surveillance, provision of medical equipment and supplies, emergency
training, and laboratory services.

* The Government of Canada will contribute an additional $1.4
million to the federal employee benefit plan, for certain overtime
costs related to RCMP.

* In addition, the Government of Canada has set aside $137 million
as a contingency reserve in case of unforeseen events requiring
additional security measures.